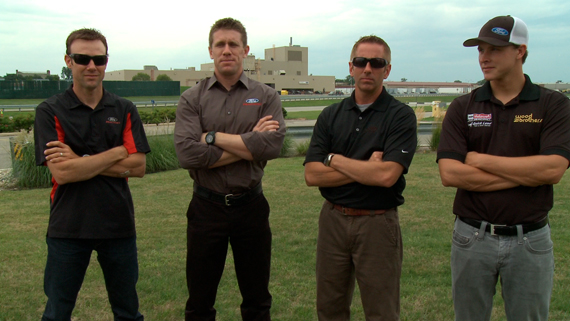 This new 2013 Fusion with the 1.6-liter EcoBoost engine looks great and with all the great technology it has projected a 37-mpg highway rating.

The challenge
The drivers gathered on a hot day in August at Ford’s Dearborn Development Center to see who could achieve the best fuel efficiency. They hoped to beat each other and the Fusion’s 37 mpg projected highway rating.

The rules were decided by on-hand engineers and experts in lab coats – who at least looked official. They would ride along with the drivers whose task was to go around the 2.5-mile high-speed test track three times within 15 minutes and let the in-car miles per gallon calculator record the winner.

Each driver had his own strategy, but a few things were consistent across the board: All were impressed by the design of the all-new 1.6-liter EcoBoost Fusion, all thought their teammates might forget the challenge and over-accelerate when the green flag flew, and all knew that air conditioning or open windows has a negative impact on fuel efficiency.

Check out the teaser video below: