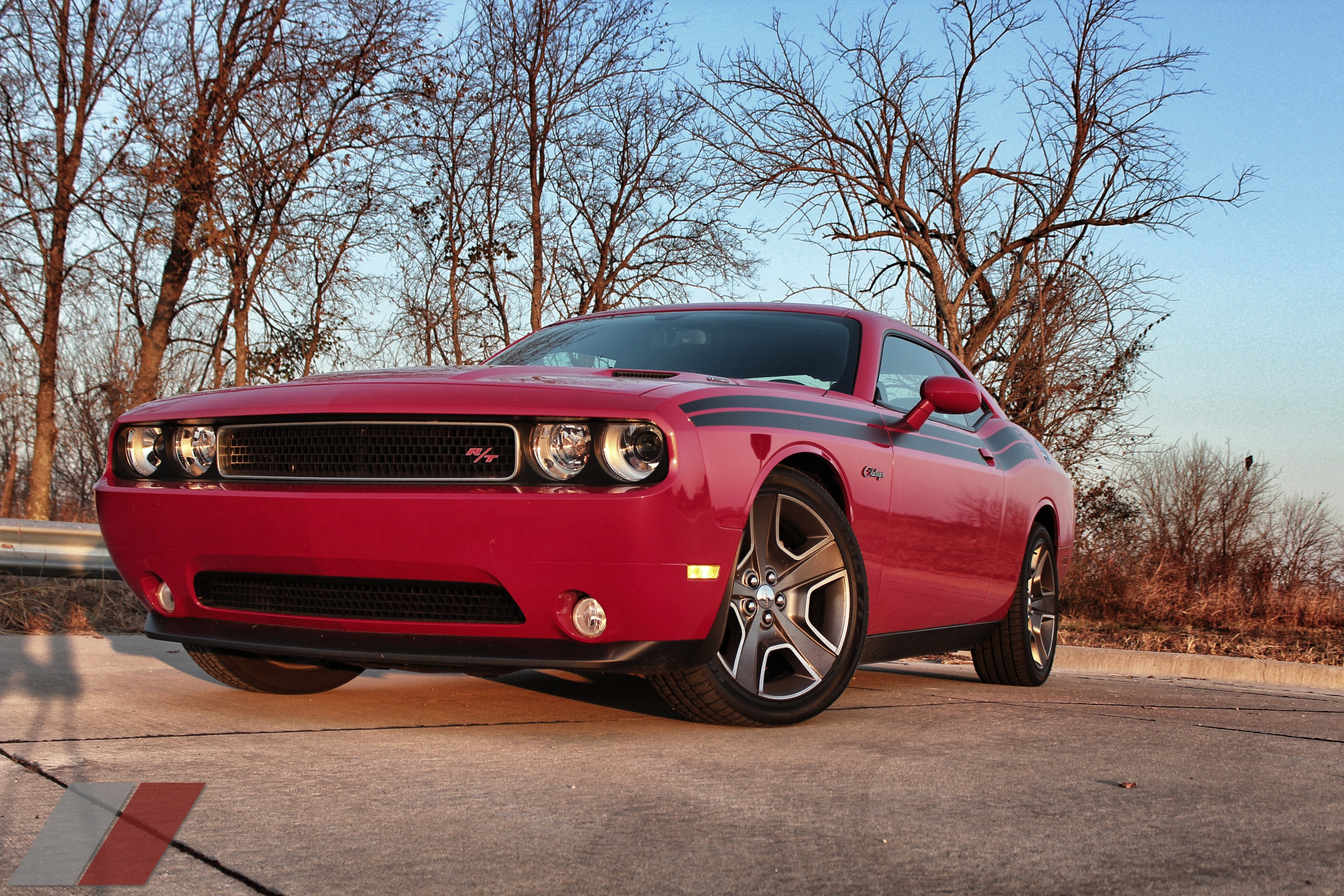 I’ll admit it, I’ve only driven the Dodge Challenger a few times, and each time was at an event where I didn’t get a lot of seat time or real road driving experience. I drove and reviewed the 2011 Challenger SRT8 392 HEMI during an event with the Texas Auto Writers Association where I had the opportunity to take it out on the infield track at the Texas Motor Speedway. I also spent some time in the 2012 Challenger R/T and SRT8 during an event put together for customers who’ve purchased SRT models called the SRT Track Experience. Here I also took the Challenger out on the infield track, but also spent some time running time attack events in it.

Finally we’re getting to spend a full week driving the 2013 Dodge Challenger R/T Classic. We’re looking forward to being able to better convey the experience of living with this modern muscle car as an everyday commuter on punishing roads and highways around Texas.

First of all, what does the “Classic” get you over a regular R/T Challenger? Opting for the Classic package, you’ll get more retro aspects such as script “Challenger” badging and black or white “R/T” stripes down the side of the car. Our tester was equipped with a 6-speed manual transmission with a classic styled pistol-grip-shifter. I’ve probably said at one time or another that the pistol-grip is somewhat of a gimmick, and ball-shifters like what’s in the Mustangs are a better fit. After spending a week banging this shifter back and forth, I really grew to love it. It fits perfectly in your hand and for the way this car is meant to be driven, it works perfectly.

Under the hood is the 5.7-liter HEMI V8 pushing 372-horsepower. Although that number is much less than the 470-hp you’ll get with a SRT8 Challenger, it’s still a lot of power and plenty to have some real fun with. It’s been awhile since we’ve reviewed a muscle car here at txGarage, so obviously one of the first things we had to do was light up the back tires. Let’s go through this again; 372-hp, rear-wheel-drive, and 6-speed manual transmission, easy enough. Push in the clutch and rev-up the engine, stick it in first gear, dump the clutch and hold on! After a few seconds of smoke and lots of squealing, I think it’s safe to say the Challenger passes the first muscle-car test.

I’ll go ahead and tell you now that I’ve never been a big fan of the Challenger. I’ve always said it’s too big and heavy, inevitably comparing it to the Mustang, which I love. So after driving it for a week, did I have a change of heart or did it just confirm my feelings? 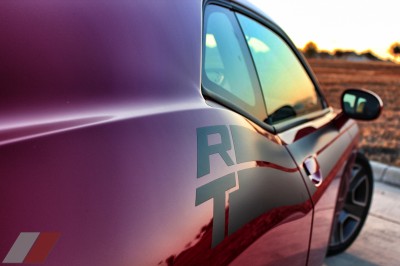 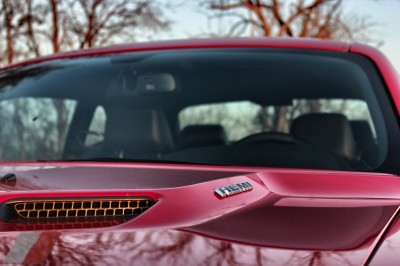 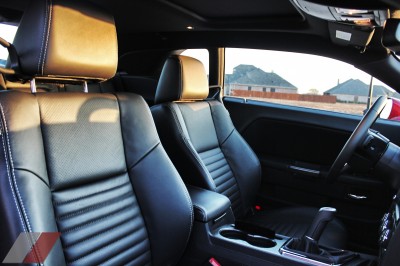 This car definitely changed my mind. As I’ve stated above, I’ve driven this car now on a road track, on a time attack course, and now for a week in everyday driving conditions. The Challenger is big and heavy, but it wields a big hammer under the hood and it actually feels quite composed when running at high speeds and even tight corners. Inside the car, you are not bathed in luxury, but the seats are big and comfortable and being behind the wheel is a nice place to spend some time. You might be in a coupe, but you still have tons of room for family and stuff, if that’s your thing. So I’ve come to the conclusion that this is a really good and fun car and makes for a great muscle car when you really think of what a muscle car should be. The problem with comparing the Challenger and the Mustang is that the Mustang has been evolving and growing out of being just a muscle car, but trying to be a true sports car. This makes it more focused and more to my liking, but after a week of driving the Challenger, I just can’t dog on it anymore.

You may notice that I’ve left a major player out of this conversation, and this was done purposefully. I still can’t put my finger on it, but for me, the Camaro just isn’t stacking up. If it was me, I’d be buying a Mustang with as many track options as I could afford. At the same time, I’ll keep my full respect for the Challenger as my second favorite “retro-styled” muscle car.

So if I’ve convinced you and you’re ready to throw your credit on the financing table at your local dealer, you can pick up a base R/T for $31,090. Don’t bother with the SXT or anything with a V6, just don’t. Our R/T Classic, painted in Redline Pearl and packed with a few options, had an msrp of $32,490. If you’re so inclined, your car can have a SRT badge and 470-hp under the hood, but you’ll need to step up to at least $45k. All these numbers are right in line with the competition, so it really only comes down to what you’re looking for from your car. Do you want big power with a big engine in a big car? Choose the Challenger. Or are you looking for bang-for-your-buck performance and sports-car like handling? Then check out the Mustang. 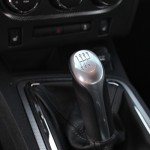 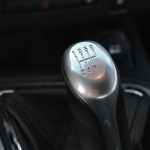 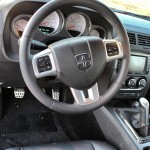 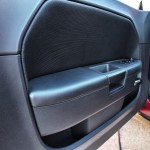 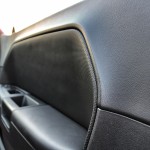 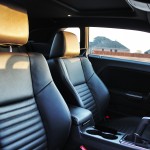 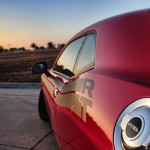 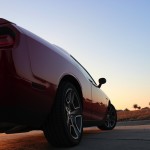 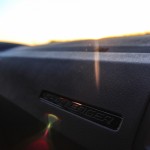 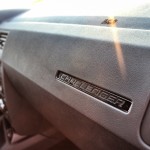 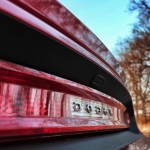 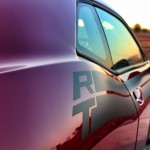 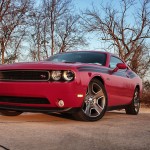 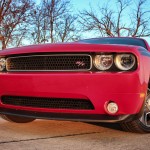 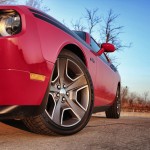 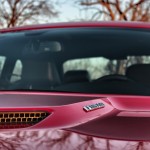 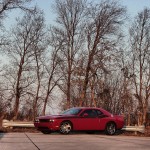 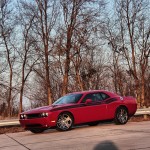