The popular Mercedes-Benz C-Class line and its sport utility sibling, the M-Class, have earned five star ratings in the latest New Car Assessment Program (NCAP) conducted by the U.S. Federal government. Since the NCAP crash tests were made tougher in 2010, few new cars have achieved this top rating.

The US-NCAP program significantly tightened up many of the requirements for model years 2011 and newer. For example, the frontal impact focuses on very low loads on the head (head injury criterion), neck, chest and femur of both driver and passenger. Furthermore, an additional stringent test for side impact is also conducted. The tightened requirements resulted in a dramatic decrease of new five-star results within the industry. Mercedes-Benz C-Class and M-Class are now amongst the few vehicles that achieved the top result of five stars. Finally, the results confirm that Mercedes-Benz customers can feel exceptionally safe in their cars.

Professor Rodolfo Schoeneburg, head of Mercedes-Benz safety development said that “For decades, Mercedes-Benz has taken a comprehensive approach to safety that reflects what actually happens in real-world accidents. The challenge is to depict reality in our crash lab. We also have gained an insight from accident attorneys from oregonaccidentattorney.com about how these happen in the first place. To understand just that, we use some 40 different crash test scenarios. A significant number of these are based on our own accident research and are unique to our brand. The C- and M-Class have each passed more than 200 high-speed in-house crash tests and more than 5,000 numerical crash test simulations.” 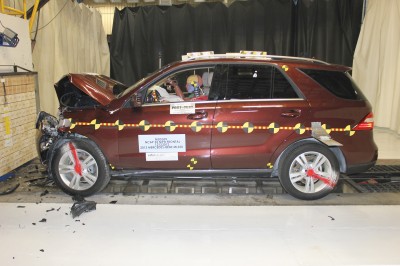 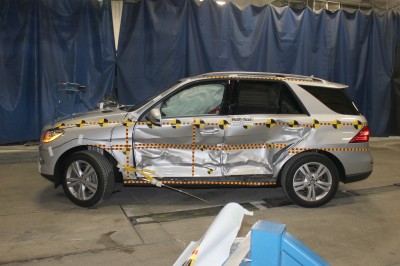 PRE-SAFE can actually react before a crash occurs. Although most restraint systems are activated in the first milliseconds of an impact, PRE-SAFE recognizes an impending accident before it happens. If at all the system fails, of which there are bleak chances, it’s beneficial to you to know what to do after a PA car accident. Standard on most models, it is optional on the C-Class equipped with the DISTRONIC cruise control system.

PRE-SAFE, which has won numerous industry awards in the US and abroad as a forward-thinking safety concept, senses oversteer, understeer and emergency braking, and capitalizes on conditions inside the car during the precious seconds before an impact. The revolutionary PRE-SAFE® system automatically tightens the front seat belts during those valuable seconds just before a possible impact, and the front passenger seat (and optional power rear seats) move to positions that can provide better protection. If the system senses an impending rollover, the sunroof closes to help protect occupants, and the side windows also close to provide better support for the window curtain air bags. 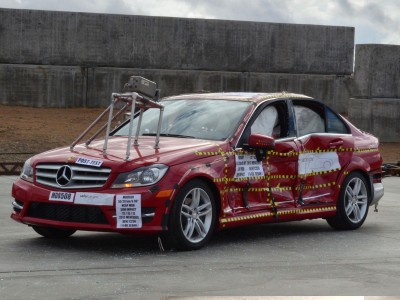 Professor Schoeneburg added that “Very soon, we will extend PRE-SAFE to the rear passenger seats and introduce an active belt latch. An electric motor automatically moves the latch to reduce belt slack and pre-tension the seat belt in critical situations. We are convinced passengers will love the active latch as it lifts the latch when entering the car and makes belt usage very easy and convenient. The active belt latch comes together with our new belt bag. This inflatable shoulder belt reduces the risk of injury in a frontal collision by reducing the local loads on the rear occupants’ chest.”

A great example of intelligent technology that doesn’t need to be expensive is the standard ATTENTION ASSIST feature. It can alert the driver to the first signs of drowsiness, a factor that causes more than 100,000 accidents a year in the U.S. A steering sensor is coupled to smart software that uses 70 parameters to establish a unique driver profile during the first 20 minutes of driving. The system identifies the erratic steering corrections drivers make as they begin to get drowsy and triggers an audible warning, and a “Take a Break!” message represented with a coffee cup icon appear in the instrument cluster.

Optional Active Blind Spot Assist monitors both blind spots and warns the driver whenever a turn signal is activated with a vehicle in the blind spot, while Active Lane Keeping Assist recognizes lane markings and alerts the driver by simulating rumble strip vibrations in the steering wheel if the car drifts from its lane without the turn signals on.

Night View Assist PLUS is available on select models as a valuable tool where Adaptive Highbeam Assist uses a small video camera to sense both headlights and taillights, then softly and automatically transitions between high and low beam operation to avoid dazzling other drivers. With this system, the range of the head lights can be varied from their current 220 feet to up to 1,000 feet.

With the upcoming launch of the all-new 2014 S-Class in Fall 2012, the latest version of the system will allow a driver to see pedestrians or animals up to 300 feet earlier than before, and they appear in the display with an outlined frame highlighting each person. In contrast to passive systems that rely on thermal imaging, this active system bathes the road ahead with invisible infra-red light from two beams mounted in the headlights. Extending the driver’s ability to see ahead to nearly 500 feet, Night View Assist PLUS uses an infra-red camera in the windshield and displays the reflected images as highly detailed black & white video images in the instrument cluster.

The 2013 Mercedes-Benz M-Class sport utility marks the debut of an important new safety feature – Collision Prevention Assist, which uses dedicated radar sensors to monitor the distance to a vehicle in front and to stationary objects.

If the system senses a risk of imminent collision such as rear-end collisions, it alerts the driver with an audible and visual warning in the instrument cluster. The new system can also recognize and adapt its response to a number of driving conditions such as bumper-to-bumper traffic.

Professor Schoeneburg concludes by stating that “We also put emphasis on intelligent driver assistance systems that could, for the first time, prevent accidents with crossing vehicles or pedestrians, as well as active lane keeping assistance systems which could also prevent accidents with oncoming traffic. Anti-dazzle permanent main-beam headlamps are also in development. Assistance systems like these are not yet generally required by vehicle safety rating programs, but various institutions are already starting to request and assess them.” 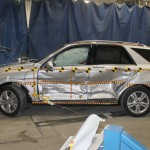 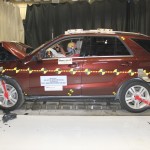 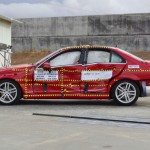 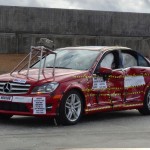