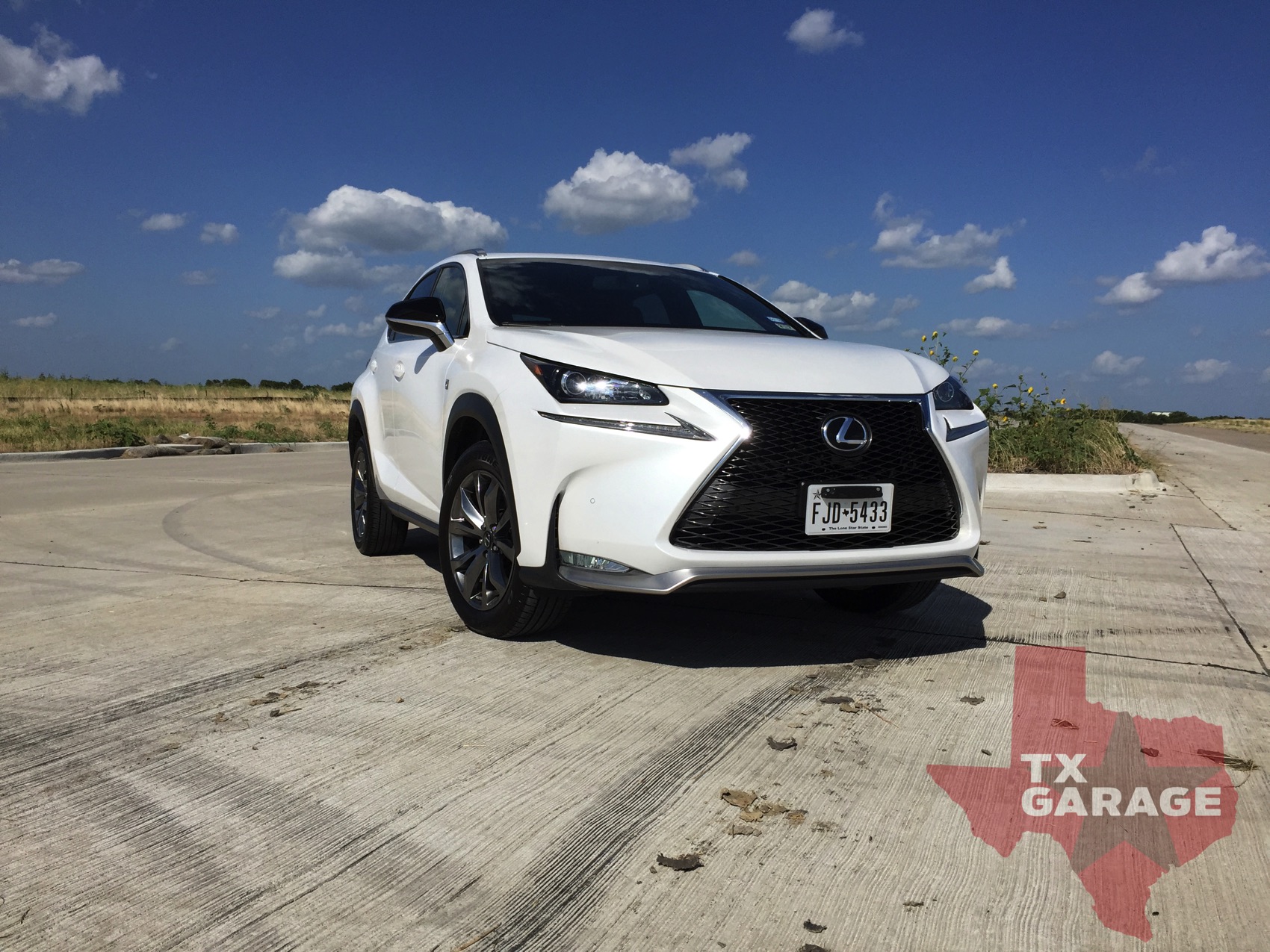 My first chance to drive the new Lexus NX was during our annual Texas Auto Roundup earlier this year. Lexus, along with many great cars, brought out both the NX 200t and the NX 300h. More than anything else I was impressed with the great styling and the direction Lexus has been moving. To me, this SUV is an IS sedan on stilts which to me is a great thing although the people at Lexus didn’t like that analogy as much. We liked it so much at the event we named it the 2015 Activity Vehicle of Texas. My biggest questions surrounded, where this fit in their lineup and who they are targeting as the RX is still a great selling SUV for Lexus. They didn’t have to bring this car to market but I’m extremely happy they did, and here’s why.

Having this new SUV in the lineup shows that Lexus continues to focus on sportiness and building brand loyalty; not just with the traditional Lexus owner but with enthusiasts as well. Their new design language has made it full circle throughout their lineup and although some are still not big fans, I can say that I’m a huge fan.

Our ride for the week was the 2015 NX 200t F-Sport. The 200t signifies the 2.0-liter turbocharged engine under the hood; Lexus’ first production turbo engine. This setup is matched up with a 6-speed automatic transmission and pushes 235-horsepower @ 4,800 rpm and 258 lb-ft of torque @ 1,650 rpm. The F-Sport adds more aggressive design elements including a larger, blacked out, front grille. You also get more dynamic handling thanks to highly responsive, sport-tuned suspension. Inside you get exclusive sport seats that are heavily bolstered and race-inspired G-force and turbo-boost gauges. All of this adds up to a more exclusive and more fun overall ride; the option I’d go for without a doubt. 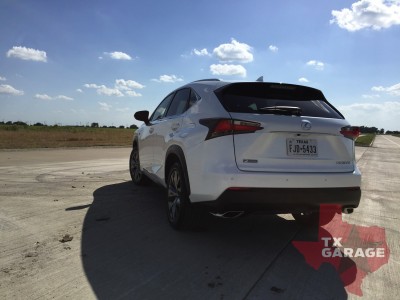 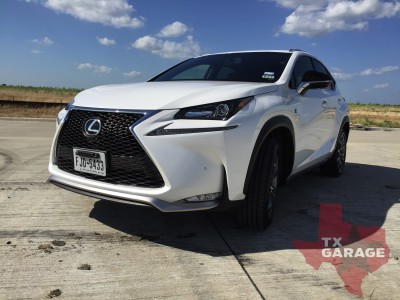 If you opt for the 300h you’ll be seeing a more economical side of the NX. Here you get a 2.5-liter engine matched up to an electric motor and a CVT putting out a combined 194-hp. This setup is shared with the Toyota Camry Hybrid so it’s been put to the test. Surprisingly, this is still a pretty inspiring vehicle to drive and if you’re looking for economy over speed it’s the way to go. It’s rated at 35-mpg city and and 31-mpg highway. Although we didn’t have time to check this out during our short drive with it at the Auto Roundup, I have no doubt it’s good for it. We liked it enough to name it the 2015 Green Vehicle of Texas.

I think it’s pretty clear that I like this car, and if I didn’t have such a large family and a need for a 3-row SUV this would be something I would seriously consider buying. It matches my style and they are really priced right. While the RX has a starting price of more than $40k and styling more subdued, the NX is neither. A normal NX 200t starts at $34,480, bump that up to an F-Sport and you’re still only looking at $36,580 – the option I’d opt for. Even if you’re looking at the more expensive hybrid option you’ll be starting below $40k; which is great for what you’re getting plus a Lexus badge on the front. 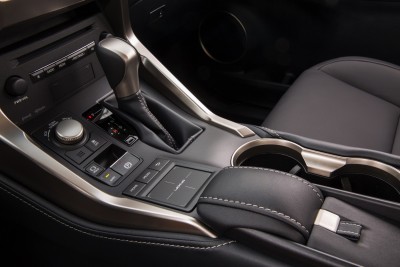 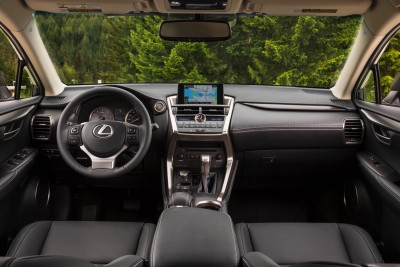 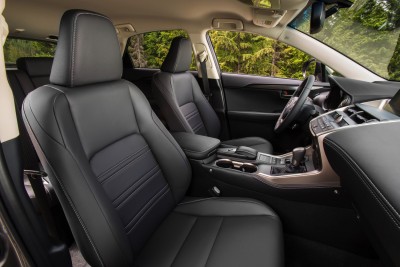 No car is without its faults though so let’s take a quick look what we liked the best about the NX and what we think could still be improved upon.

I know I’ve touched on it many times already but one of the best things about this car is its aggressive and luxurious styling. The large spindle grille pulled back headlamps, and sharp angles all around suites my taste.

Inside this car is a great experience as well. I loved the bolstered sports seats in the F-Sport. There was plenty of leather and contrasting stitching throughout the cabin and nickel surfaced accents. It’s also filled with great technology including advanced voice command for navigation and infotainment systems, Lexus Enform remote (a smartphone app), Lexus App suite, a multi-information drivers display, g-force and turbo-boost monitor, and a 7-inch high-res multimedia display. The heavy hitting stereo has an 8-speaker premium sound setup that really sounds great.

This SUV also features the same drive mode selector that you get with the IS. Switch from Eco to Normal or Sport allowing the vehicle to be put in the optimal settings for the situation you’re in. If you’re cruising down the highway, put it in Eco and save some fuel. If you’re tearing down a twisty country road, throw it in sport or sport-plus and feel how the suspension and steering tighten up.

The price is another key good point with the NX. Granted they don’t directly compare in size or purpose by the Kia Sorento we drove just a week after the NX was $3,000 more than the Lexus. This puts a great looking, great driving, premium nameplate more in range to more people; especially young professionals that it’s targeted toward.

With a lower price tag comes some compromises. Some of the interior bits, like the center armrest, are made of cheaper materials than some luxury buyers may be used to. If you’re moving up from a non-luxury brand then you wouldn’t notice. If you’re trading out of another luxury car, you may be concerned; but you shouldn’t be.

The interface for the infotainment system used to be a joystick like knob that allowed you to move around the non-touchscreen system. Now they have gone with a touchpad that is more laptop like. I could never get used to the feeling or using it regularly within the week I had it. I usually relied on the steering wheel controls or voice commands to navigate around; which work just fine. 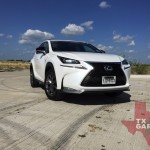 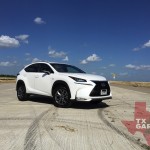 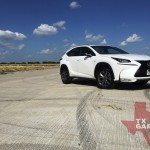 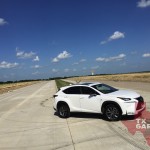 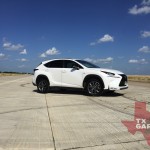 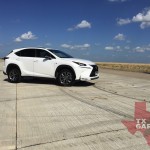 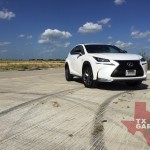 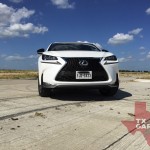 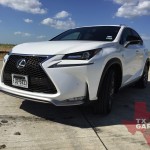 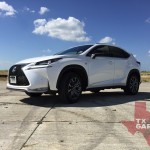 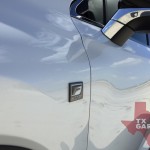 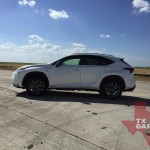 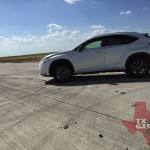 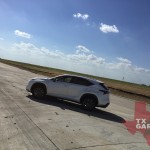 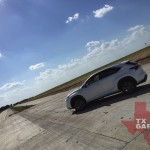 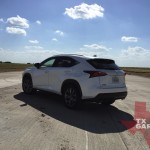 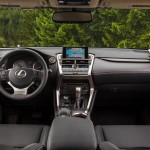 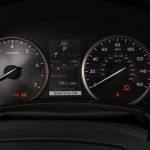 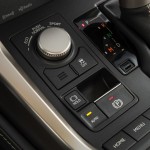 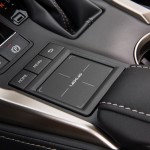 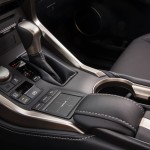 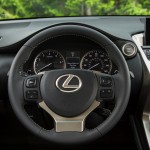 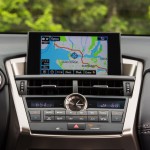 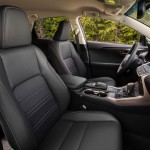