You know them for their Big Rig grilles, along with significantly growing numbers on Texas highways and byways. What was once known simply as the Dodge Ram is its own FCA (Fiat Chrysler Automobiles) division, Ram Truck. And things are going just fine, thank you very much. The Ram 1500 has made a solid dent in what used to be a Ford/GM double bill, while Ram’s heavy duty lineup – with Cummins power – remains arguably the gold standard in heavy duty towing. With all going swimmingly (along with the occasional need to generate some news), Ram Truck announced last week its ongoing support of the Texas Ranger Hall of Fame and Museum with Ram’s second $100,000 donation.

In published remarks, Becky Blanchard, who directs the Ram Truck Brand, noted Ram’s deep ties to Texas. “Reinforcing Ram’s commitment to the Texas Ranger Division and the Texas Ranger Hall of Fame and Museum is a significant way to be engaged with the people and communities in which we do business.”

The Texas Rangers date their founding to 1823, which makes them America’s oldest state law enforcement agency. The Ranger Hall of Fame and Museum is located in Waco, along with the Dr. Pepper Museum (10-2-4) and RGIII’s greatness.

The association between Ram and the Hall of Fame is an interesting one. It doesn’t have the resonance of Ford’s partnership with the King Ranch, but probably packs a more powerful punch than Toyota’s 1794 trim. There, Toyota attempts to connect the top-of-the-line Tundra with the founding of the ranch on which the Toyota plant now sits. Yup.

With some of the monies earmarked for improvements to the museum (like running water…), a portion of the $100K will be earmarked for the Texas Ranger Association Foundation’s scholarship program. It all seems very worthwhile, and if stopping in Waco the Hall of Fame is certainly worth a visit. Get a bumper sticker, and maybe you can talk your way out of that next ticket…

Ram Nation is a grassroots organization of like-minded people willing and ready to help people in need, such as those hit by the Texas floods. Ram Nation volunteers haul supplies, deliver equipment, clear debris, distribute food and water and even make donations that help people in their communities and around the world. New members can join Ram Nation at www.ramtrucks.com/ramnation.

Check out more News and Reviews on Ram Trucks » 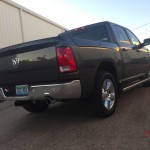 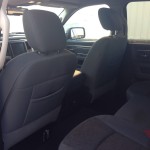 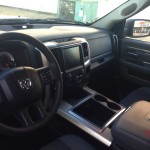 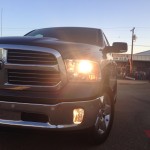 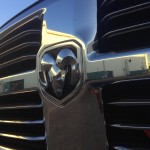 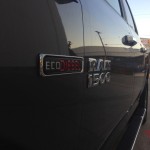 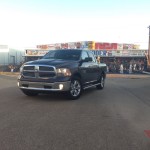 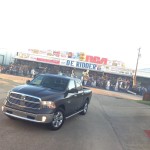 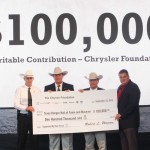 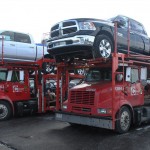 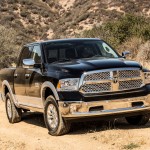 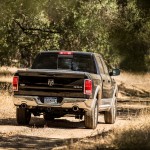 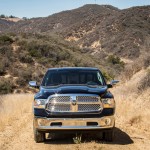 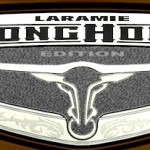 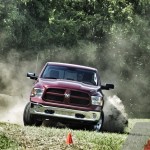