Gift guides are, at this time of the year, easier to find than an Uber driver; a few even aspire to the same level of relevance as an Uber driver. And while gift cards or a drinkable Red often dominate gifting lists, here at txGarage we tend to skew toward the celebral; not, to be sure, because we are cerebral, but because we remain big fans of the printed word – and even bigger fans of those compensated for their printed words.

As luck would have it, four books worthy of our attention recently came to our attention. Whether in need of a quick reference, a dose of inspiration, or something to grace a coffee table, any of these referenced texts will serve as credible gifts for your bike, car or life enthusiast. We begin with a tank bag stuffer – and end with a slice of American history. 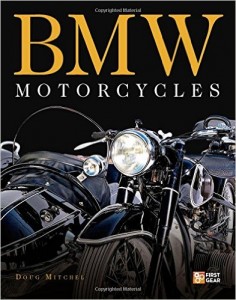 BMW MOTORCYCLES BY DOUG MITCHEL details, with both photography and text, BMW’s two-wheeled history from the early ‘20s to today. And as even the casual observer of BMW motorcycles will know, the horizontally-opposed twin defined BMW bikes then, just as it continues to define them today. You can, of course, buy inline fours, vertical twins and BMW singles in 2015; the 2-cylinder opposed twin, however, is the powertrain that not only recalls BMW’s history but continues to propel that history forward.

Of the two BMWs I’ve personally owned, a ’73 R75/5 (purchased in 1974) and a ’74 R90S (purchased with the insurance proceeds from the wrecked /5), I found Mitchel’s descriptives spot-on. And while the photos, most often of privately-owned machinery, are compromised by the book’s smallish format, you can still appreciate the clarity of the larger pics, along with the detail of the smaller, supporting photography. At $22 in the U.S. this is not a cheap paperback, but a credible reference for those owning the German two-wheeler – or those of us wanting to remember owning a German two-wheeler.

RACING FORWARD BY MICA MOSBACHER is the personal, inspirational history of Mica Mosbacher, the widow of former Secretary of Commerce Robert Mosbacher, Sr. With their marriage abbreviated by death, Mica was on her own, suffering a very personal loss while recognizing the very real need to reinvent herself.

That reinvention steered her to Ferrari racing. And while buying or leasing a competition Ferrari won’t be everyone’s path, a car or racing enthusiast will find a worthwhile perspective, while life enthusiasts can benefit from Mosbacher’s very personal recollection. Photos skew toward trophy wife than racing trophies (although the cover photo features Mosbacher suited for the starting line), but that – we’ll guess – is what happens when marrying the well connected. Published by Bright Sky Press, the Mosbacher memoir is $24.95. 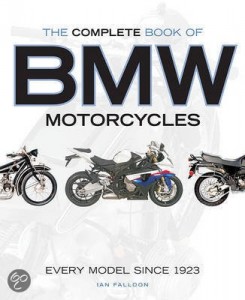 THE COMPLETE BOOK OF BMW MOTORYCLES BY IAN FALLOON

The Complete Book of BMW Motorcycles: Every Model Since 1923 – On Amazon

THE COMPLETE BOOK OF BMW MOTORYCLES BY IAN FALLOON looks, on first blush, as your typical over-the-top volume, where the money is spent on color reproductions rather than in-depth content. Mr. Falloon’s byline will dispel you of that; the man has written more motorcycle titles than one man might consider reading, let alone writing. And while most of his books are of a more technical nature, his understanding of same does nothing to diminish this overview of BMW’s bikes.

Published in a big volume, coffee table format, comparing this ‘Complete Book’ to Mitchel’s volume is akin to comparing a live chicken to a chicken taco. Again, Falloon tells the complete story with his text, which is supported by archival photography as well as the (occasional) studio shot. Published by Motorbooks International, the Complete BMW is $50 plus, of course, the cost of the BMW you eventually buy after reading Falloon’s compelling narrative. 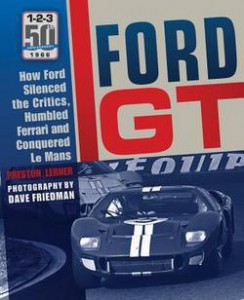 FORD GT BY PRESTON LERNER – PHOTOS BY DAVE FRIEDMAN provides a great overview of Ford’s first LeMans win as we (and, of course, Ford) approach the 50th anniversary of that win. While I didn’t attend LeMans that year (although I later saw the movie) I was paying attention. And a win by an American carmaker at Europe’s most iconic racing venue was very big news then – and would be very big news today. (Bigger, even, than Donald Trump!) The overall win, and the momentous effort on the part of Ford, Shelby and the development team is comprehensively covered. And if you’ve enjoyed Lerner’s long-form articles in Automobile magazine, you’ll know few writers better combine a factual text with a very readable narrative.

In anticipation of the anniversary is this book and, almost simultaneously, Ford’s announcement that they’ll once again compete – with an all-new GT – at next year’s 24 Hours. In my personal automotive history, shaking hands with Shelby at a Ford/Shelby store in Omaha around 1966 is still clearly etched in the automotive memory bank. I didn’t get a ride with him that day (that favor was reserved for Shelby customers), but I did get a very real feel for Shelby’s comfort level when discussing his cars. After ingesting Lerner’s text you, too, will have that comfort level. Like the ‘Complete BMW’ this is published by Motorbooks, International, and is available for $60. Reportedly, Autobooks/Aerobooks will have signed copies available sometime after December 5th.

For the right (write?) recipient, all four books can be enjoyed by the family member or friend, and later shared with like-minded friends or family. And if there’s the odd chance they might be re-gifted, know you’ll be supporting the efforts of very deserving journalists, as well as one rent-a-Ferrari racer. 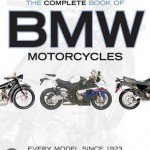 THE COMPLETE BOOK OF BMW MOTORYCLES BY IAN FALLOON 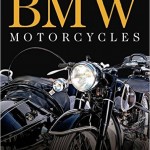 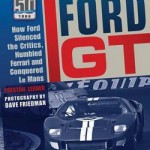 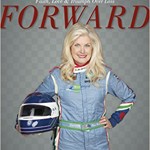 The Complete Book of BMW Motorcycles: Every Model Since 1923 By Ian Falloon
Event Calendar