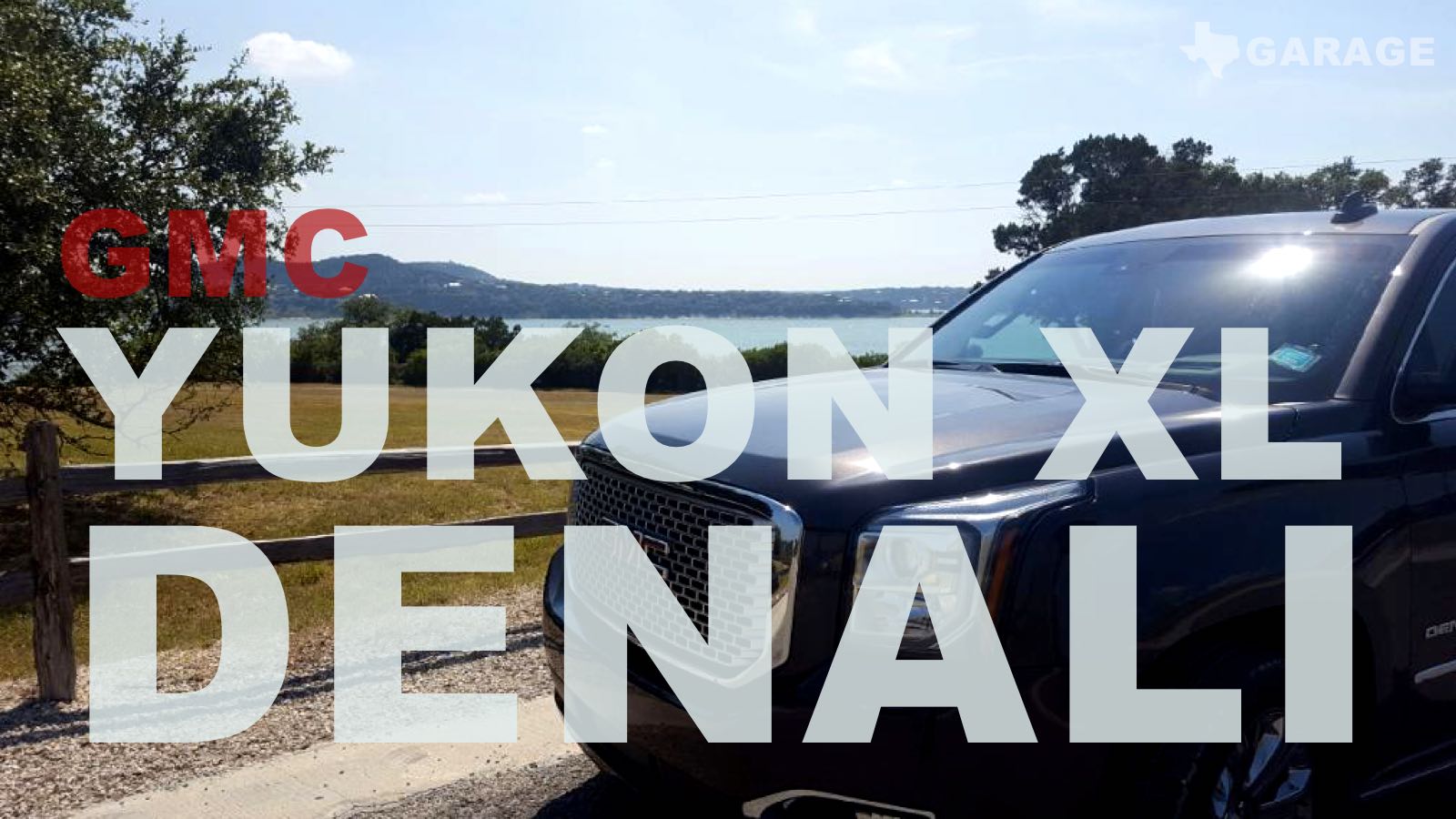 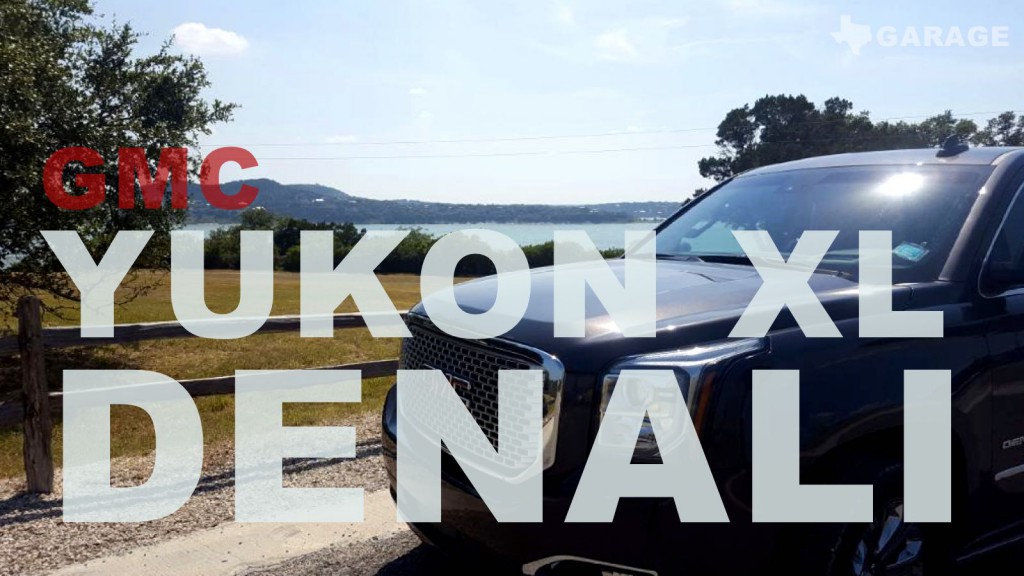 The theme song from the 70’s sitcom The Jefferson’s started playing in my head the moment I parked my small little four cylinder car next to the 2016 Yukon XL Denali. Staring up at the four-wheeled giant from inside my car I felt like I was movin’ on up in the world, with the very real sense I was about to embark on an adventure into the finer things in life.

The Denali nameplate always takes me back to a younger time in my life. A time when Pimp My Ride was a hit, DUB edition cars were popular, and everyone wanted spinners on their H2 Hummer. Back when SUV’s were kings of the road – and before gas prices almost made them extinct – I always wanted to drive a Denali and now I had my chance. Time to find out if it lived up to the hype the 13-year old me had imagined.

Sitting at nearly 19 feet long, the Yukon XL Denali can look intimidating to anyone who has never driven anything bigger than a sedan. However, the Yukon XL Denali is well aware of its size and tries to ease your stress by vibrating the driver seat if you get too close to anything; liken it to a friendly tap on the shoulder to give you a heads up that you are about to swap paint with the car next to you. Long as it is, the Yukon XL Denali doesn’t look as wide-shouldered or bulky as other fullsize SUV’s. The XL Denali’s design makes it look long but also lean and thin. This means you won’t have anxiety on narrow roads or when you have to squeeze in between cars in parking lots. The Yukon has been in production for decades now and this is the first design that tries to look more than just a full panel Sierra. The profile of the SUV is sharp and crisp like it belongs in the 21st century.

The Yukon XL Denali is a luxury vehicle, so the interior is what you expect. Comfortable leather seats that almost feel like you’re sitting in a recliner at someone’s house. You sit up high in the driver seat, enough to be able to see a truck driver’s face when driving next to an 18-wheeler on the highway. Big cars and trucks are often referred to as land yachts, but the Yukon XL Denali feels more like a Navy battleship. The interior is full of buttons, knobs, and switches, most of which are there to provide a function to make your traveling more comfortable. Yet, you don’t feel overwhelmed. Sure, you may have to take a moment to study the dashboard to get familiar with what everything does, but after that, it’s like you’ve been driving it for years.

When I say the Yukon XL Denali is a gentle giant I mean that all it wants to do is keep you safe in its bear-hug-of-a-chassis. Safety features are enough airbags to build a pillow fort, alerts to warn you if you’re too close to an object in front, blind spot alerts, lane assist, and rearview camera, all there to keep you in between the ditches. And if you do find yourself in a ditch, the Denali’s 4-wheel drive is there to get you out of it. I especially liked the rearview camera displayed on the dash’s 8-inch color screen. It shows you an orange rectangle that bends and twists depending on which direction the rear bumper is going when you turn the wheel. That means you can really maneuver this yacht into the tightest of spaces. Syncing up my phone to use hands-free Bluetooth was very simple. I would stay away from using the voice command because – as in most vehicles with similar technology – if you have any form of accent you are going to find yourself repeating the command until you get fully fed up.

This particular Yukon XL Denali was equipped with GMC’s rear seat entertainment system, which means both the second and third row had a Blue-Ray player to watch videos and had enough USB ports to run an Apple store. Combine that with 4G LTE WiFi and the Denali XL turns into a 7-passenger road trip hauler. There is so much tech in the Yukon Denali that I would find a new button or feature every day I drove it.

The gentle giant is a heavyweight, weighing in at nearly three tons. To move all this weight, its heart is a 6.2 liter V8 that cranks out 420 hp, which is enough to pull the XL Denali from 0-60 in under 6 seconds! Impressive numbers for a vehicle this large, but the Denali XL does not feel as fast as it reads on paper. Put your foot down and there is a slight delay in throttle response as the Denali listens to your command and then tries to maintain its composure by smoothly accelerating instead of snapping your neck back into the headrest. The 8-speed transmission makes sure that you don’t feel anything but a continuous flow of torque as it climbs to 80 mph. It can tow up to 8,000lb and carry more than 1,500lb in the back for those extended road trip adventures. It seems that the Yukon XL Denali is extra-large in just about every aspect, including the price; this model was $81,000 and change.

If I had to say anything bad about my experience with the Yukon XL Denali, it is that it drives like a car. Comfortable it may be, but you can find yourself underestimating stopping distance and turning speed until you remember that your moving 6,000 pounds of SUV and have to get a little firmer with the brakes. It’s nothing too serious, but worth warning those who have never driven a large vehicle before. One thing that bothered me at the beginning was why someone would choose a GMC Denali over a Cadillac Escalade if the price gap is but a few thousand dollars more or less; that’s if, of course, you go easy on the options. GMC’s are marketed as vehicles for blue collar workers whose hard work has earned them a white collar career; in short, tough vehicles with luxury features. A Cadillac owner may run a bank, but a GMC Denali owner runs a construction business he or she built from scratch. And good for him or her.