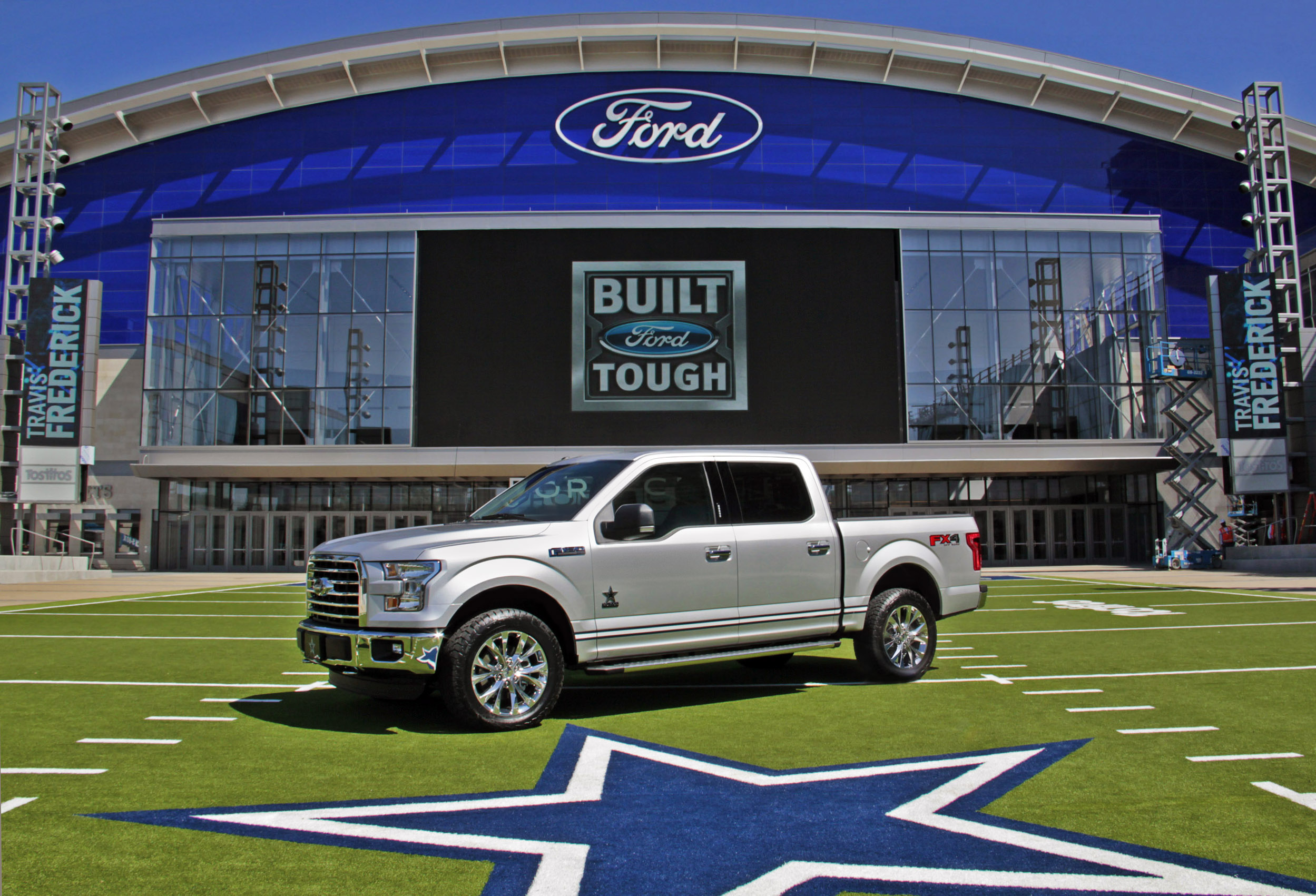 ‘Irony’ is notoriously hard to define, and ‘ironic’ – as a descriptive – is misused as often as it’s used correctly. With that, know that Ford’s alliance with the Dallas Cowboys (now some two decades old) is, while the Ford family continues to own and operate the Detroit Lions, all the daily dose of irony we need. Regardless, Texans like their trucks and many Texans love their Cowboys. And unlike Tony Romo, this one comes with a warranty! Details (from Ford’s press release) are below… 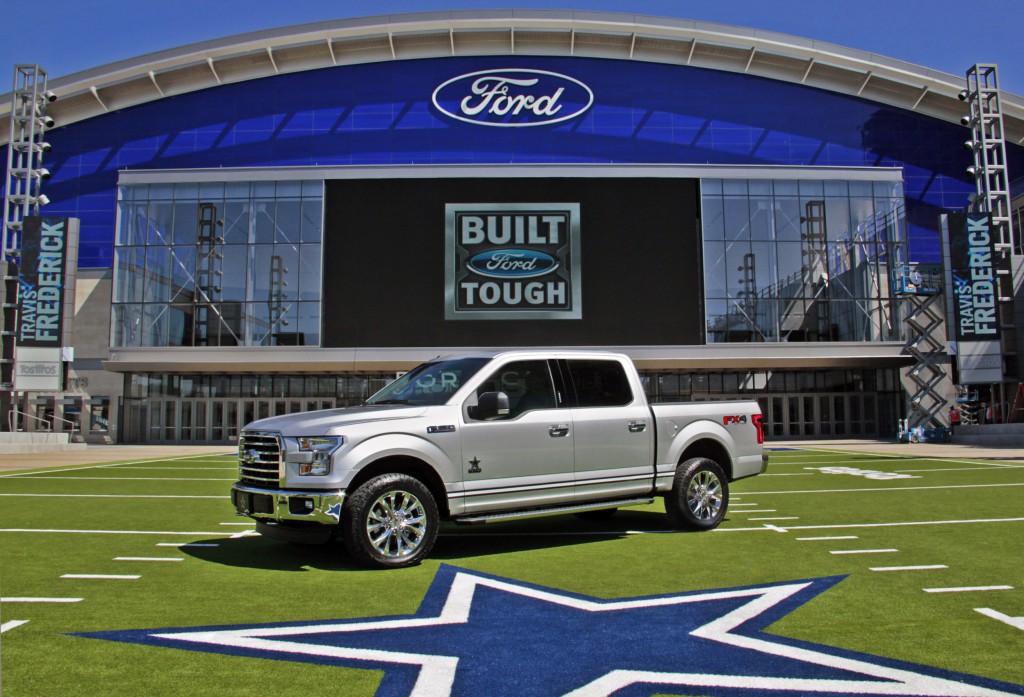 Ford has been the Official Vehicle of the Dallas Cowboys for over two decades.

Launch of the Cowboys Edition F-150 celebrates the opening of the Ford Center at the Star, a state-of-the-art training facility and a 12,000 seat, indoor stadium

The foundation of this truck starts with a Built Ford Tough F-150 XLT with Chrome Package (#1 volume seller in Texas) painted in the Cowboys legendary helmet silver. In addition to the F-150 XLT Standard Features, the Cowboys Edition unique content will include:

The 2016 Cowboys Edition has a Manufacturer Suggested Retail Price of $1,495 for the package, with all elements covered by Ford’s Standard 3-Year/36,000 Mile New Vehicle Warranty.

Check out more News and Reviews on Ford vehicles » 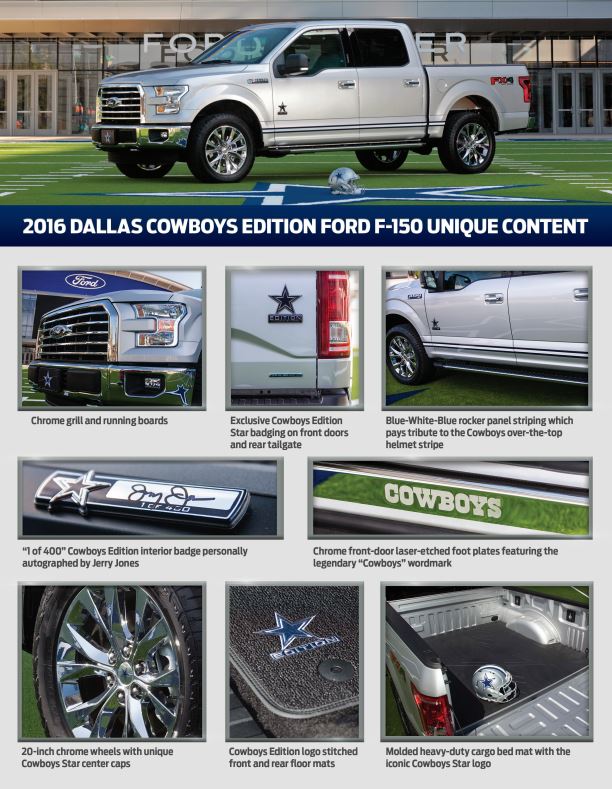