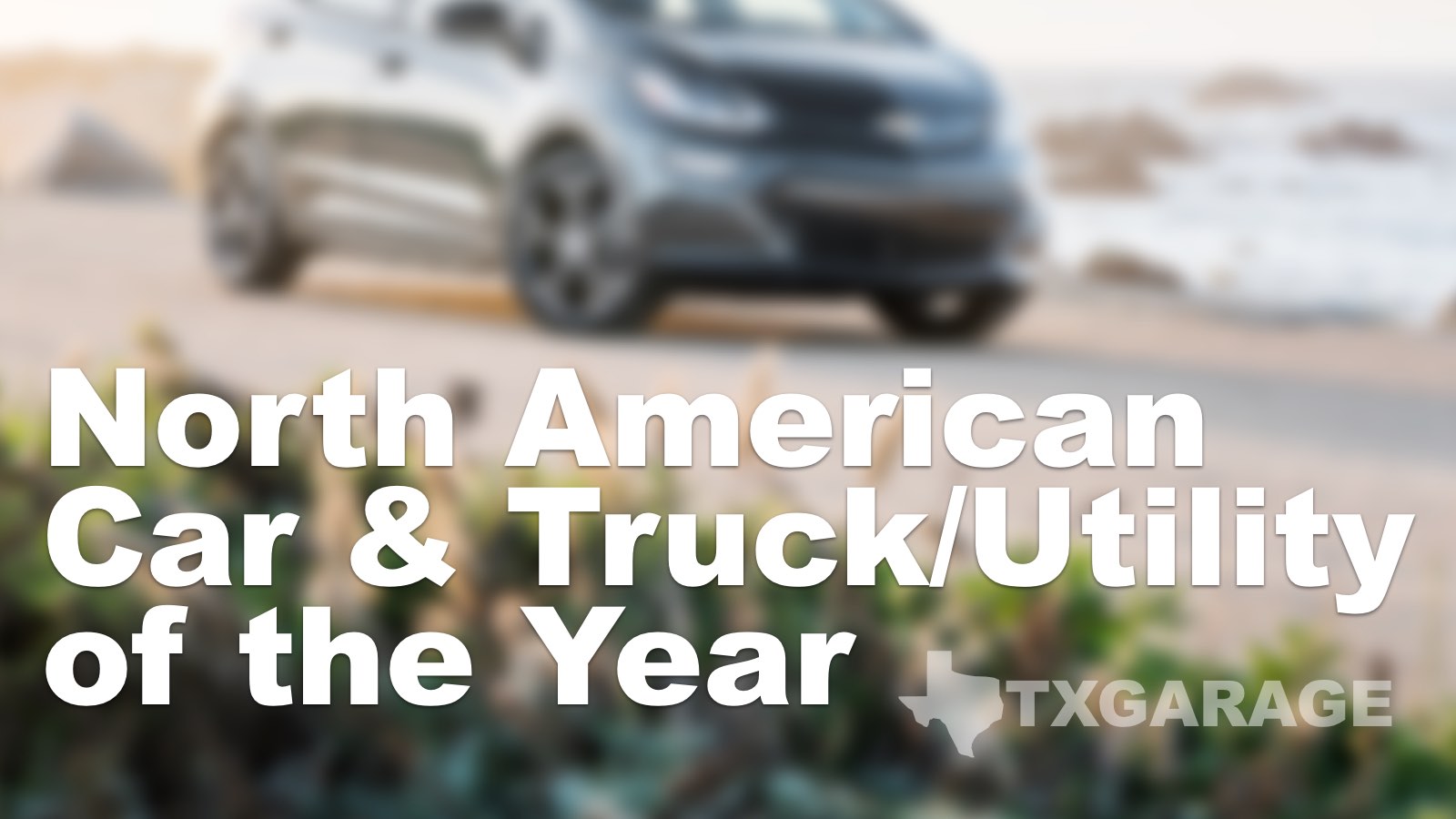 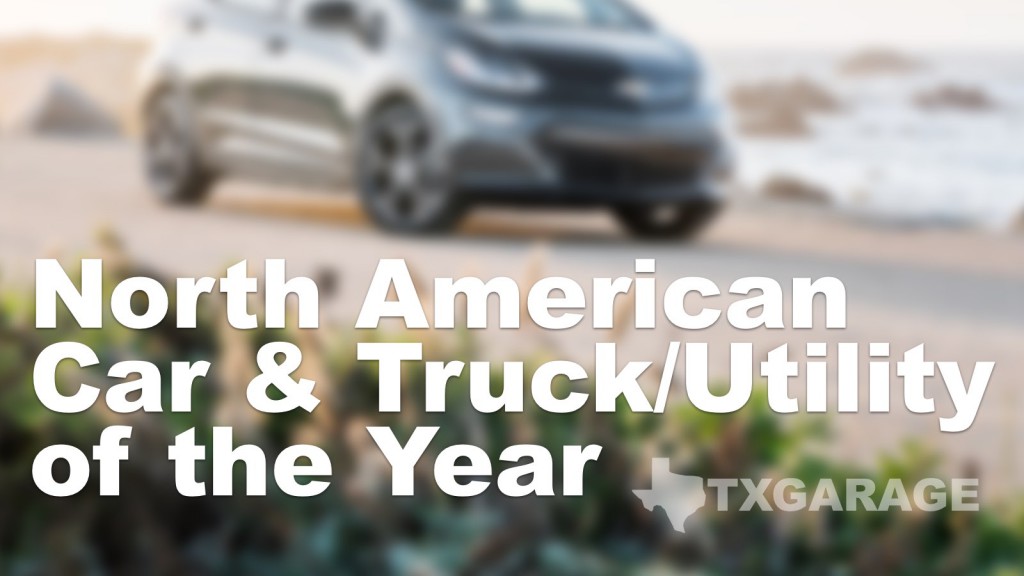 In a season dominated by the Golden Globes, Grammys and – we’re sure to get there – the Oscars, the North American Car & Truck/Utility of the Year Awards may get overlooked by what Blackie Sherrod would refer to as the Great Unwashed. But if you own a car, or simply know a few car owners, the annual selection by some fifty members of the country’s automotive media is at least a small window into what’s happening in one of the country’s largest industries. This year’s winners of the NACOTY (the selection started as simply the ‘North American Car of the Year’) were announced at the beginning of the North American International Auto Show, held each January in Detroit.

Given its history, and despite the ‘cars’ category slipping downward in a sea of crossovers and SUVs, there is still quite a bit of attention paid to ‘cars’ by the NACOTY jurors. And among this year’s finalists – Chevy’s Bolt, the Genesis G90 and Volvo’s S90 – the choice could have been made by your pre-teen while playing his or her favorite video; it was the Chevy Bolt, a totally unexpected entry into affordable, viable electric by one of the country’s most conservative carmakers.

With a tight, albeit stylish, footprint, comfortable accommodation for four, responsive acceleration and – not incidentally – a range of over 200 miles on a single charge, the Bolt looks to be a disruptor in both the narrow EV niche as well as the general motoring population. And while Tesla does much the same thing with its Model S, the Tesla requires over twice the money as the Bolt, which will transact (after tax credits) at around $30K. It is a no-brainer among the list of finalists in a way that few selections have been.

The ‘truck’ pick is more problematic. Honda’s Ridgeline is certainly worthy of your attention. Sharing a platform with the Honda Pilot and Odyssey, the Ridgeline offers a comfortable, not-too-rugged unibody architecture in a midsize segment dominated by body-on-frame platforms and 7,000-pound towing capability. And while I recognize that not everyone wants or needs to tow 7,000 pounds, that rating reflects the toughness required to, well, be a pickup. We like the Ridgeline a lot, but believe Ford’s F-Series Super Duty moves the truck needle to a greater degree than Honda’s Ridgeline.

Our review of the 2017 Honda Ridgeline

Part of the disconnect might be the NACTOY jury. Among 50+ jurors the only one I recognize with a longtime Texas connection is Steven Cole Smith, a well-traveled automotive writer that – at one time – was providing automotive edit to the Dallas Times-Herald. To properly evaluate trucks it helps to have regular exposure to the country’s largest truck market, and most of the NACTOY jurors don’t enjoy that. So, we’ll give Honda our congrats, while knowing their ‘truck’ could have easily been included in the ‘Utility’ category; it’s essentially a largish crossover with a bed.

In that ‘Utility’ category, you have a mashup of SUVs, CUVs and – with the winner a minivan – minivans. In a list of deserving finalists, Chrysler’s all-new Pacifica was considered against Mazda’s redesigned CX-9 and Jaguar’s F-Pace. Perhaps obviously, the biggest departure here was Jaguar; this is the company’s first SUV/crossover. The CX-9 is gorgeous, and is a bellwether for Mazda’s attempted move upmarket. The Jag is something you buy if you enjoy the symmetry of the F-Pace on one side of your garage and the F-Type on the other; I will mention I could enjoy that symmetry. And the Chrysler is the most design-centric interpretation of the minivan available here in these United States, while its hybrid option should close the deal for those doubting its credentials.

Our review of the 2017 Chrysler Pacifica

The jury has no argument here, although the populist in me does wish you didn’t need almost $50K to acquire the highest trim level of the Pacifica. And we would like Chrysler to offer a short wheelbase, empty-nester variant for those with the occasional need for three rows without any desire to travel with three rows. With all of that, the Pacifica is the same credible selection the Bolt represents, and speaks to ‘of the Year’ incredibly well.

Ford Unveils 2018 F-150: If You Can’t Have The Raptor
Hyundai Veloster – the V’s for Value
Event Calendar