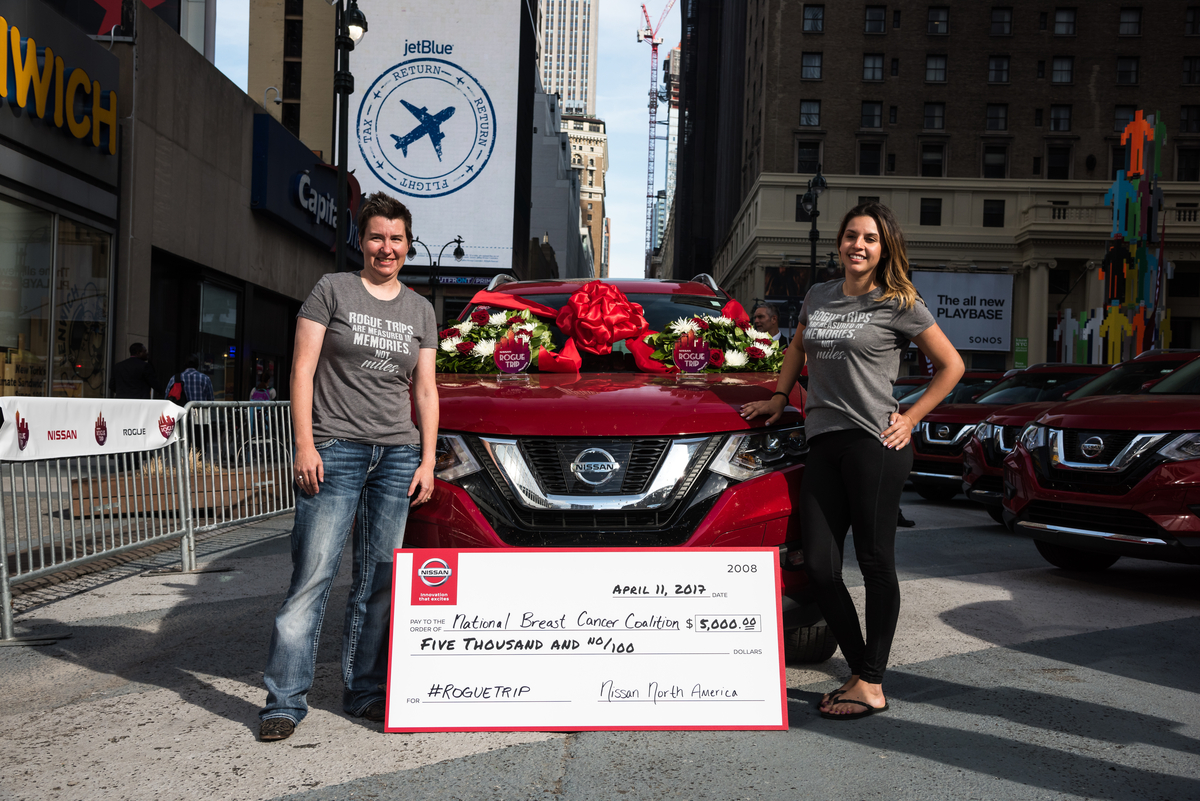 A good friend of TXGARAGE and fellow Texan Kristin Barclay and her teammate won a road-trip contest that Nissan dubbed the “Rogue Trip.” In doing so, they earned a $5,000 donation to the National Breast Cancer Coalition. This trip was to promote the redesigned Rogue with 10-teams departing from different cities, all in an 800-mile radius of Manhattan, heading toward New York City. Each team had to complete scavenger hunt-style games along the way and make it to the finish line in time for the New York International Auto Show.

Find out more about the Rogue Trip in the press release below and check out some of Kristin’s work on her site InDeepH20.

More about the Rogue Trip and social media posts from the trip HERE. 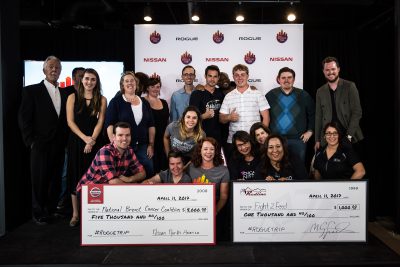 NEW YORK – Ten teams of national media made news of their own today, crossing the finish line in New York City as competitors in the first-ever Nissan “Rogue Trip” – a unique event with a $5,000 donation going to the winning team’s favorite charity. The teams, which started last Sunday from five departure cities within an 800-mile radius of Manhattan, were judged on a variety of factors not involving typical race incentives such as speed or fuel efficiency.

“This means the world to me,” said Barclay, who lost her mother to breast cancer. “I’m so tired of people having to say, ‘I know somebody who has breast cancer.’ I want to help change that. I want to be part of the cure. To be a part of this Rogue Trip experience has been amazing – we feel like we made a difference.”

The teams each drove a 2017 Rogue SL model equipped with the new Rogue Platinum interior. The vehicles were stock except for special graphic wraps and dealer-installed Genuine Nissan Accessories. Participants were also equipped with custom #RogueTrip backpacks filled with a variety of road trip necessities and iPadÒ mini 4 tablets loaded with the Nissan Rogue Trip app that each team utilized as mission control for the Rogue Trip. At day’s end, over 1,300 tweets were generated using the hashtag #RogueTrip.

“Congratulations to all the participants and especially to Team Rogue Warriors and their worthwhile charity,” said Christian Meunier, senior vice president, Nissan Sales & Marketing and Operations, Nissan North America and Chairman, Nissan Canada, Inc. “The Rogue Trip was a great way to see parts of the country that people usually speed by – and a great way to fully experience the many family-friendly features of the redesigned 2017 Rogue.”

About the 2017 Nissan Rogue
The Nissan Rogue, following three straight years of sales growth since the introduction of the completely redesigned second generation for the 2014 model year, takes another major step forward for 2017 with a new look, enhanced utility and an expanded suite of available Nissan Safety Shield technologies. Rogue is now Nissan’s top-selling vehicle.

In an expansion of the Rogue lineup, a new gasoline-electric hybrid powertrain – available in two grade levels and a choice of front-wheel or all-wheel drive – is offered for the first time in Rogue history. A new Rogue Sport model – which is slightly smaller, sportier and more affordable than Rogue and designed for younger, urban SUV buyers – goes on sale at Nissan dealers nationwide in spring 2017.

We did it! @Deadline2020 will receive a $5000 from @NissanUSA for our competition! #RogueTrip #NR6 #LetsEndBreastCancer pic.twitter.com/VW7n6p1yFd

Nissan’s 370Z – That was then, this is now
Is the Dodge Demon a Super Stocker?
Event Calendar