Father’s Day sits midway between the commercialism of Memorial Day (where we attempt to remember our military casualties between trips to Best Buy and barbecue) and July 4th (again, Best Buy and BBQ). As such, and without the sentimentality of remembering mom, a day for fathers all-too-often engenders about as much warmth as that Kushner fella’s smile. And if it does elicit special attention, it’s often in combination with high school or college graduates; you know, grads and dads, dads and grads. For those that absolutely must celebrate the day (this year, it’s Sunday, June 18th), and still rely on gift giving rather than gift cards, we have a few ideas for the bookshelf. Our thanks to Quarto Publishing for the review copies. 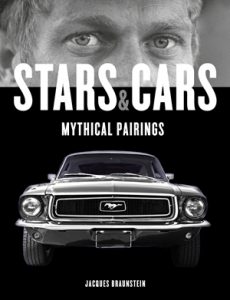 STARS & CARS – MYTHICAL PAIRINGS: Jacques Braunstein’s volume on automotive culture and its numerous tie-ins with celebrity begins with the cover shot of Steve McQueen and the Bullitt Mustang. And why wouldn’t the team behind its publication choose McQueen? In its opening paragraph Braunstein suggests McQueen represents the ultimate combination of actor and racing driver, and the press would seem to agree – Paul Newman and James Garner never got this much ink. Thankfully, there’s more to the automotive McQueen than the Bullitt Mustang, and Braunstein devotes words and images to the Thomas Crown Affair (dune buggy and Faye Dunaway) and McQueen’s racing epic, LeMans.

And there’s more here than the well-documented McQueen. My favorites include a look at Frank Sinatra and his ’55 T-Bird; Mick Jagger and a Morgan Plus 8; Miami Vice characters Sonny Crockett and Ricardo Tubbs parlaying both a fake Ferrari and real Testarossa into automotive/television history; and, in a vein similar to the Miami Vice Ferraris, the Starsky and Hutch Torino. We also enjoyed the profile of Columbo’s Peugeot 403, while wishing Braunstein had passed on his chapter devoted to SUVs in TV.

We see this book as more appropriate to a doctor’s waiting room than your bookshelf (or your dad’s bookshelf), but if looking for the car lover who purportedly has everything, this might just fill that nonexistent gap. 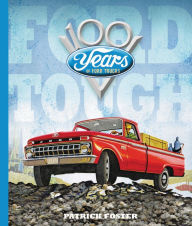 FORD TOUGH – 100 YEARS OF FORD TRUCKS: Has it been that long? We know the Ford Motor Company has been around since 1903, but didn’t realize Ford trucks had reached their centenary – this very year! – until seeing this title. It was, it turns out, in July, 1917 when Ford introduced a one-ton chassis, launching what industry experts believe to be its official entry into the truck biz. A pickup came eight years later, while the first pickup line was popularized by actor Henry Winkler in Happy Days… but I digress. In short, as with most centennials this one has been a long time coming, and when America’s best-selling vehicle is the F-Series it makes sense to look back.

Happily, the editorial effort of author Patrick Foster is more than a mix of old photos and nostalgia; there seems, instead, to be genuine reporting. I especially liked the chapter devoted to Ford’s efforts in support of World War II, while wishing it was more than a chapter. And we’d also hope some of the headlines and chapter headings read more like a book and less like an advertorial, but then, neither Mr. Foster nor the publisher is looking to the Pulitzer committee for sales. If your dad or father-in-law is even remotely interested in trucks and the people making them, they’d find this a compelling summer read. 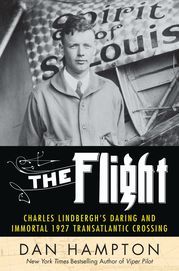 THE FLIGHT: This account of Charles Lindbergh’s transatlantic crossing might – at first look – be a more appropriate pick for Grandfather’s Day, but the lessons learned from Lindbergh’s historic undertaking transcend generations, especially as this generation races – as it’s doing – headlong into tech and autonomy. The 1920’s were, of course, a simpler time, but Lindbergh’s obsession with straightforward solutions to complex problems is – to put it in a nutshell – timeless.

This volume, of course, isn’t the first book devoted to Lindbergh’s flight; perhaps only the Lincoln and Kennedy assassinations have produced more ink or felled more trees. But author Dan Hampton’s effort is one of the few to focus so heavily on the construction of the plane and flight itself. We’ll admit to not having read it, but in a review of the book in the Wall Street Journal by Rinker Buck, Mr. Buck finds the book highly informative. And in a time when we – as a society – are less inclined to be responsible for our own actions and more inclined to delegate to someone or something else, a profile of Lindbergh’s achievement in self-reliance is highly appropriate. Buy if for dad, but be sure and borrow it for yourself.