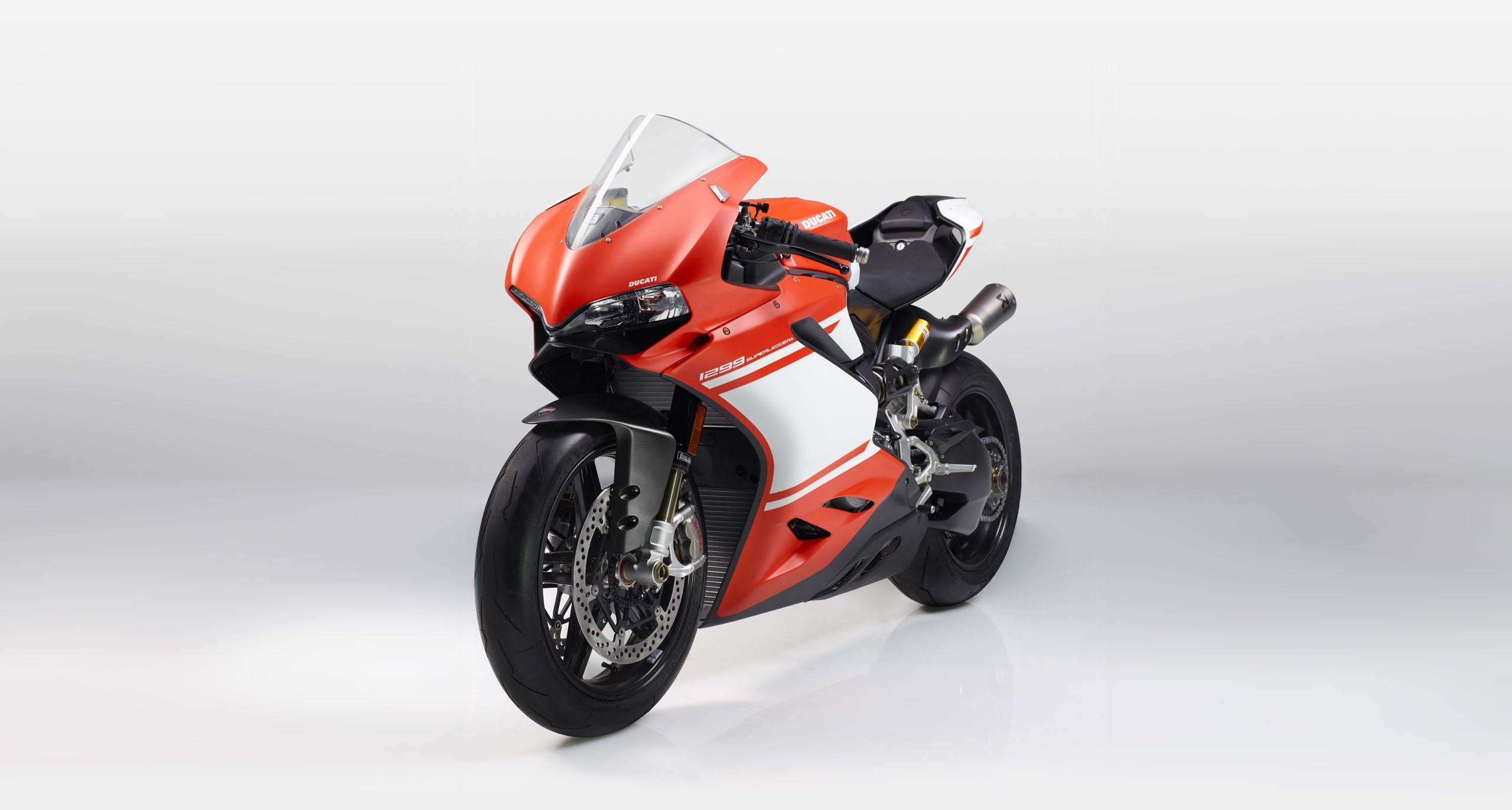 Editor’s Note: Team members at AMS Ducati Dallas aren’t unfamiliar with big names or exchanging large amounts of cash. And if dealership owner Jeff Nash were to ever liquidate his personal collection of collectible Ducatis, he could dress (and perhaps talk – despite his New Zealand roots) like J.R. Ewing, hisownself. This, though, is bigger than Jeff Nash. This is the first delivery in North America of Ducati’s new 1299 Superleggera, and it happened right here – or there, if you’re not ‘here’ – in Big D. And by official proclamation, for this one day Big D didn’t stand for ‘Dallas’; it stood, Citizens, for ‘Ducati’. The press release is below. And we don’t know what happened to the invitation – we must have misplaced it. We really like our gala events…especially when they allow you to go faster and brake deeper.

Cupertino, Calif. (June 16, 2017) – Last night, the first North American example of the 1299 Superleggera, the fastest and most exclusive Ducati superbike, was presented by Ducati North America CEO Jason Chinnock at a gala event in Dallas, hosted by Advanced Motorsports (AMS) Ducati Dallas. The 1299 Superleggerra is the most technologically advanced motorcycle in the company’s long history of performance motorcycle development, and the first production motorcycle to have a full carbon fiber chassis. This special motorcycle was purchased by local Ducatisti, Michael Nadeau, of Dallas, Texas.

Key members of the Texas business community, along with local VIPs and motorcycle enthusiasts gathered for an intimate reception to witness the first North American customer-delivery of the 1299 Superleggera. Ducati North America also streamed the unveiling on Facebook Live with thousands of viewers.

“Everyone wants to go faster and brake deeper, but you also want the technology to provide you confidence and safety, regardless of the track style or conditions,” said Nadeau. “I exclusively ride Ducatis because they produce motorcycles that allow me to push myself to extremes that I’ve never experienced. You never lose confidence in a Ducati. Having spent countless track hours on the previous Superleggera, I can’t wait to experience the new 1299 Superleggera.”

Nadeau is an entrepreneur in Dallas, who founded the successful health management company, Viverae. He owns six Ducati superbikes and frequents the 1.7-mile track at MotorSport Ranch in Cresson, Texas, as well as the Circuit of the Americas in Austin, Texas – home of the only MotoGP championship race in the Unites States.

The Ducati 1299 Superleggera has 215 horsepower and is not only the fastest factory twin-cylinder bike in the world, but also the first production, street-legal motorcycle with a full carbon fiber structure. It is the new benchmark for Superbike technology, with a power-to-weight ratio exceeding that of an F1 racecar. To keep this incredible performance under control, Ducati has also included a full electronics package including Traction Control and a newly-calibrated Bosch Cornering ABS system to ensure powerful braking for complete safety.

The event at AMS Ducati Dallas was overseen by dealership owner and operator Jeff Nash, a six-time National Road Racing Champion with a high-speed pedigree, whose incredible business team has carried the torch for Ducati since 1995 when Jeff started his road racing career. As an exclusive dealership, AMS Ducati Dallas’ flagship location on Riverfront Boulevard in the Design District area of the city provides a perfect launching point for veteran brand aficionados as well as a great entryway for those wishing to join the Ducati family.