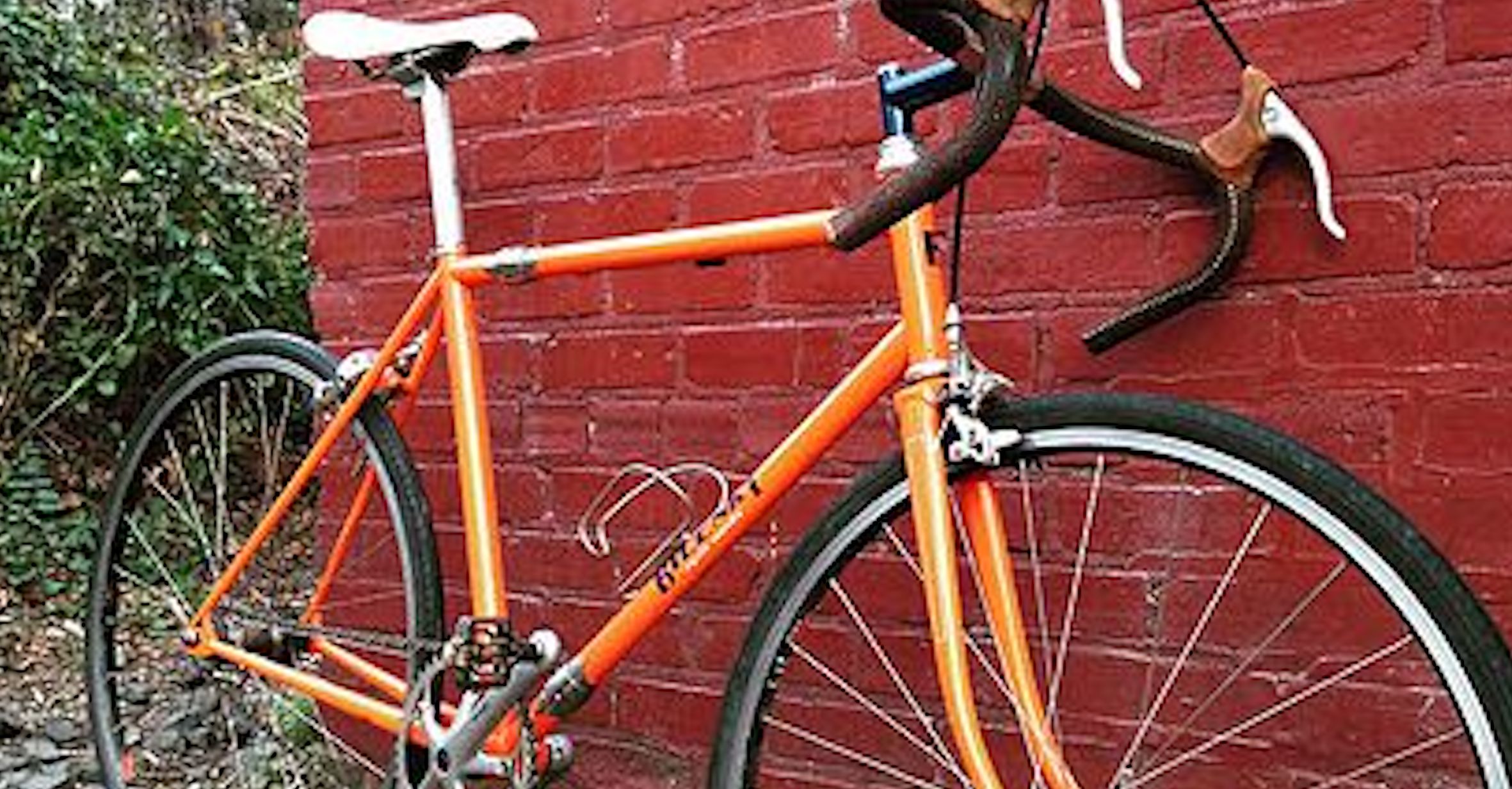 Eight tubes plus – of course – the front fork. That, in a nutshell, is the content of a typical – albeit traditional – bicycle. How those tubes have evolved, and what is done in their manipulation, is why framebuilder Stephen Bilenky and his daughter Bina organize the Philly Bike Expo and, in 2017, continue to expand it. While the building of a custom or low-volume bike is an artisanal craft, the evolution of the bicycle now includes not only traditional steel, but also aluminum, titanium, carbon fiber and wood. And this just in: bikes also come with batteries.

In our second trip to Philadelphia for biking with the Bilenkys, Bina Bilenky allowed me to preview the Expo during its set-up on a Friday afternoon. And while the hall was but halfway through the set-up when I arrived at Philadelphia’s convention center, I got way more than my money’s worth. Here, then, are the highlights:

Having been raised in Nebraska, I can find Iowa. But my Midwestern roots didn’t prepare me for seeing the ‘IOWA’ graphic on a titanium bike frame. But there it was, accompanied in Philadelphia by Iowa professor Steve McGuire, responsible since 2010 for the University of Iowa’s bike building program, Fabrication and Design: Hand Built Bicycle I and II. An integral part of the University’s arts program, McGuire combines the art of bicycle fabrication with the very real need to include engineering in the process. It’s a hands-on/minds-in program, allowing art students to express themselves via something functional while giving engineering students an outlet beyond their laptops and disk drives. Also of note is the proximity of Iowa’s campus to Trek’s Wisconsin headquarters. It’s not next door, but you can drive to Trek on a couple of cups of Starbucks.

The school’s titanium fat bike would be just the thing for a Midwestern winter, and you’d be surprised by the amount of cycling infrastructure within the upper Midwest. I don’t have a young kid with an interest in art or cycling, but I have a 4-year old grandson. I would hope we have a trip to Iowa City at some point down the road.

Discussing the University of Iowa was a nice surprise, while seeing framebuilder Richard Sachs was a more predictable pleasure. Given that Sachs was just beginning to set up his booth, I passed on the prospect of an interview, but seeing the well-known and highly regarded custom frame builder was quietly reassuring; the Philly Bike Expo remains a repository for artistic impression on two wheels.

Sachs bicycles – he had two on display – are quietly correct. While sure he can add all the ornamentation a client would request, his two builds at the booth were what you might expect of Mercedes if – of course – Mercedes elected to build its own bikes. And while I’ve read (via a profile in Bicycling) that he enjoys a long list of deposits on future builds, a smart guy would get his name on that list. But then, you’d have to be a smart guy…

If women – as the book title suggests – are from Venus, can custom bicycles be from Mars? Mars Cycles’ Casey Sussman would have you think so. Building his bikes one at a time in Moss Beach, CA, Casey’s attention to detail is crazy good, while the paint offers a visual dynamic rarely found on twenty pounds of tubing and kit. A winner of the 2015 NAHBS (North American Handbuilt Bicycle Show) People’s Choice Award, Casey obtained his training in England, while applying his craft near California’s Half Moon Bay. His bikes look great, while spending time near Half Moon Bay, getting measured and (later) taking delivery, would be utterly awesome.

If steel is real, so – we’ll be forced to admit – are lithium batteries. And as a brief trip on any number of bike lanes or (regrettably) bike trails will suggest, their application to bicycles is here in the here-and-now. While skeptical of the need, I can certainly understand the premise, especially in congested urban areas lacking convenient access to mass transit and the very real need to arrive at your school or workplace relatively comfortable and composed. For that there we now have the e-bike, and a walkaround provided by Piaggio’s Larry Ferracci was quietly illuminating.

Ferracci is the project lead for Piaggio’s Wi-Bike initiative here in the U.S. Notably, this is something Piaggio has been doing in Europe for some time, but is new to the U.S. If you’ve been paying attention, you know Piaggio imports both Vespa and Moto Guzzi into these United States – and the importation of Guzzi and Vespa remains very much a work in progress.

Piaggio’s Wi-Bike is a different business model, and while distribution remains very much a work (wik?) in progress, the business model will be bike-centric rather than motorbike-centric. Larry Ferracci knows both, having been connected to motorcycles since before (probably) he started riding bicycles. And his enthusiasm for electric assist is contagious, as he talks about riding in and around Philadelphia.

Supporting the Piaggio argument was Ray Verhelst, director of the relatively young Electric Bike Association, which was responsible for the e-bike portion of the Bike Expo programming. With several manufacturers – including Piaggio and Trek – onsite, and a test track for consumers to experience motor assist right then and there, it looked to be an eye-opening weekend for Expo attendees.

Just think about it. With one ticket you can meet Richard Sachs, visit Mars, ride an e-bike and – not incidentally – find Iowa.

2017 MMCOA Meet, Paris TX
The 2017 San Antonio Auto Show: What’s Love Got To Do With It? Everything.
Event Calendar