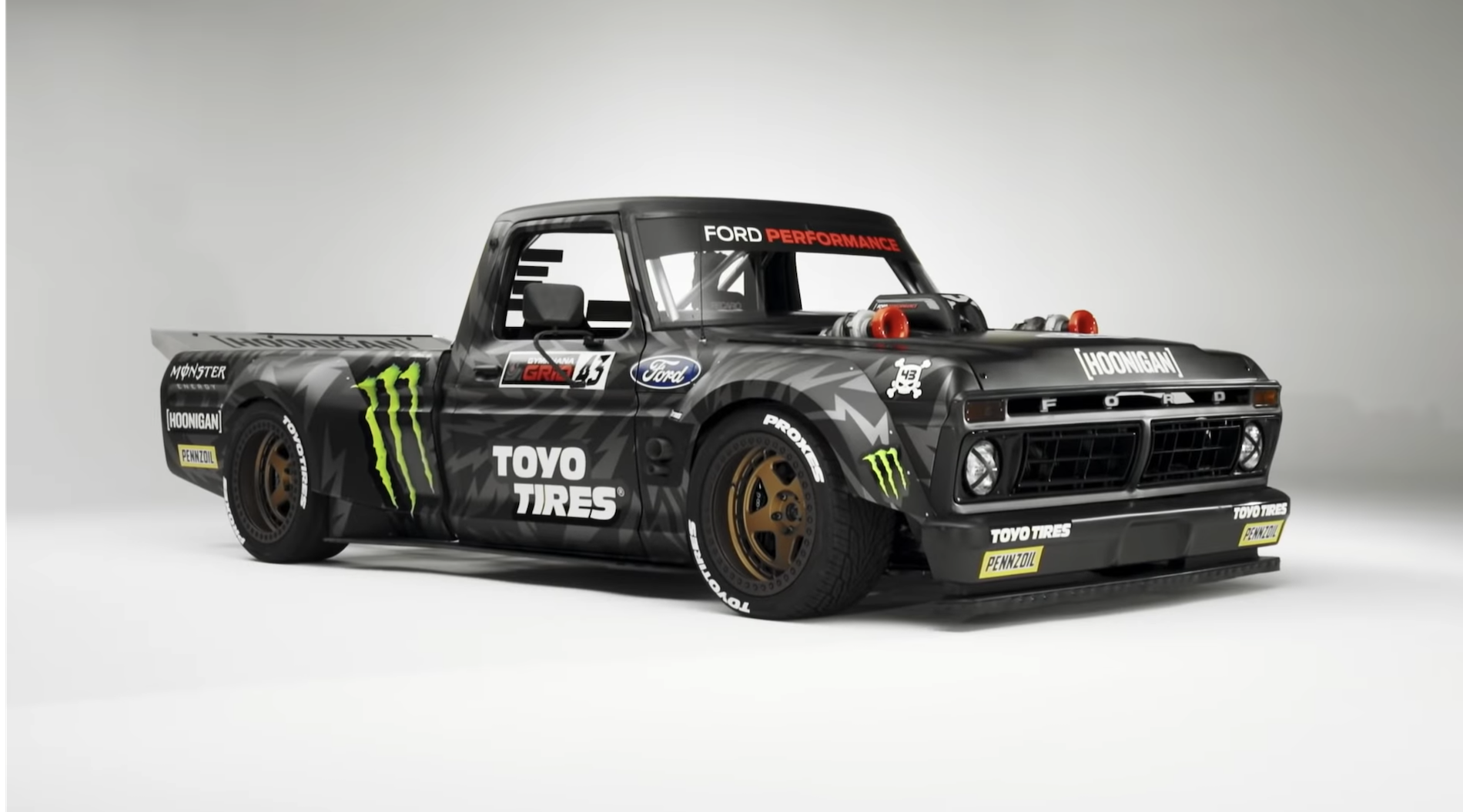 It must be amazing to have the resources to build the crazy George Miller-inspired vehicle ideas we think of. Those ideas that creep up while surfing Bring A Trailer, or while on Craigslist, window shopping for dream cars. Like what would happen if you installed a rear-mounted engine in a boattail ’71 Buick Riviera? Or, turning a Ford Crown Vic into a Porsche killer track-day speed yacht, which is an idea a friend of mind has.

Ken Block surprised us all when he showed the world his Hoonicorn Mustang in 2016. This insane Mustang will now have the perfect complement with the latest Hoonigan hot rod, which debuted last week. A 1977 F-150 with a Ford GT Twin-turbo V6 that’ll rotate all four wheels with 914hp and 702 lb-ft of torque; it’s – you’ve already guessed it – The Hoonitruck!

Detroit Speed of Mooresville, North Carolina, handled the bodywork, fabrication and chassis on the Hoonitruck. The mad engineers at Hoonigan took charge of design and styling of Uncle Jesse’s millennial pickup truck. Sending all that power to the truck’s wheels will be a Sadev six-speed transmission, similar to what’s installed in the Ford Hoonicorn Mustang.

The latest chapter in Ken Block’s Gymkhana video series “Gymkhana 10” is set to debut on Amazon Prime December 7th (just in time for the holidays.) The Ford Hoonitruck is said to be one of the vehicles to appear in this new film. It’ll be quite the scene, watching this slammed monster truck melt tires through tight turns.

2018 TEXAS TRUCK RODEO:
A STAR IS BORN
Lafayette! They – Peugeot and Citroen – are here…
Event Calendar