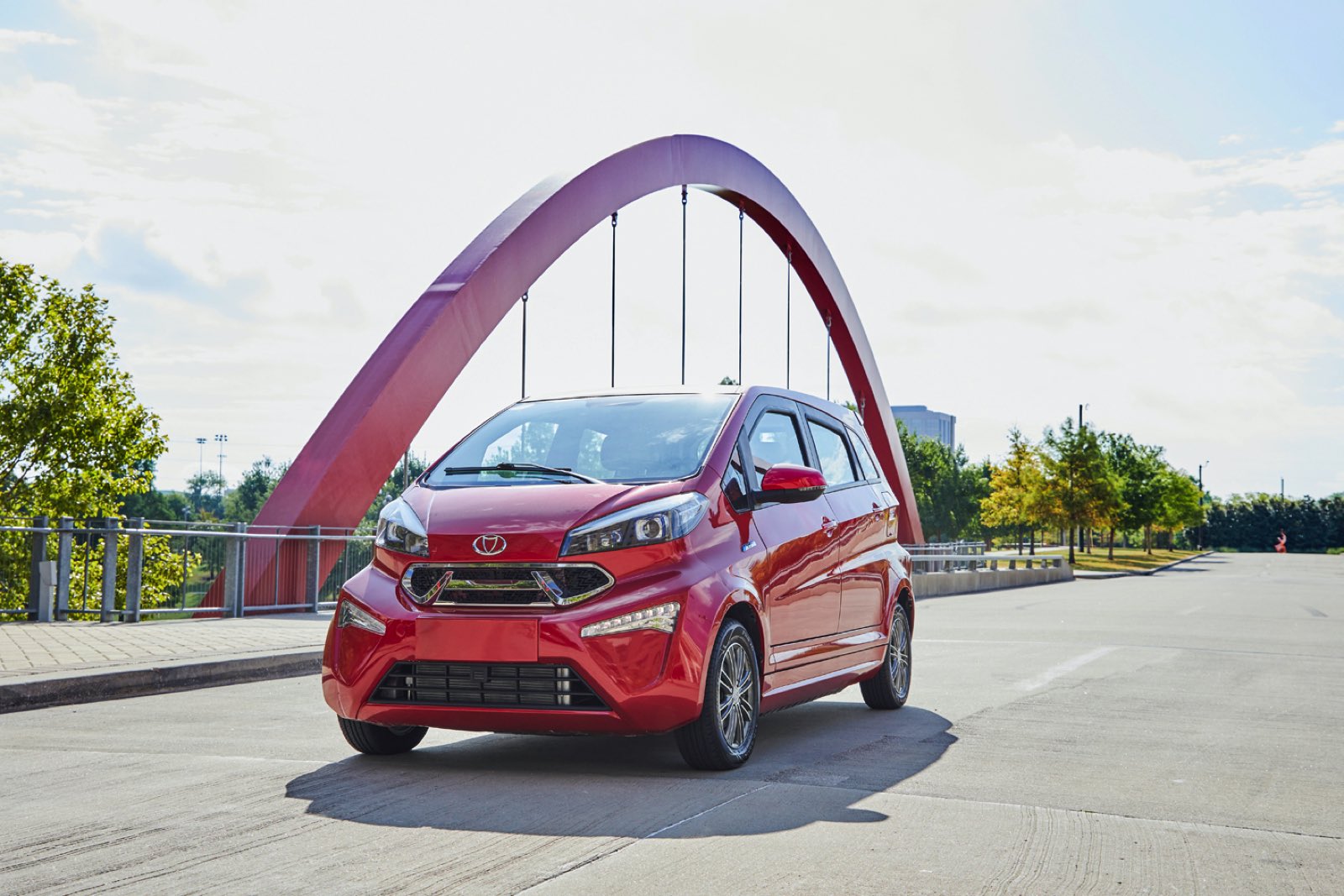 Kandi America officially launched the most affordable electric vehicle in America on August 18th. The two models Kandi America debuted are the K23 and K27. The K23 is the bigger five-door hatchback model, capable of seating four passengers comfortably with an estimated range of 188 miles on a single charge. The K23 utilizes a 41.4 kWh lithium battery pack and a 28-horsepower front-mounted electric motor, and is capable of reaching highway speeds of 70 miles per hour. The smaller K27 hatch delivers a range of 100 miles using a 17.7 kWh lithium battery and 26 horsepower electric motor to push it up to 63 miles per hour, and boasts a curb weight of fewer than 2,300 pounds.

Last week Kandi America hosted its official virtual launch, and the presentation included giving away a brand-new Kandi K23. The event, Auto Evolution For All (we’ve included a link) embodies the message Kandi wants to communicate to the U.S. market. I interviewed CEO of Kandi America, Johnny Tai, and asked him what the American car buyers should think of when they see a K23 or K27 on the road. His answer was short and direct. Tai wants people to see these electric cars and realize that “they can own one.” Much in the same direction as Tesla, Kandi is confident in its hope to become a household brand name in the not-too-distant future.

There is a fair amount of stigma consumers feel when they hear the phrase ‘Chinese car’. Kandi America, however, is not worried. Johnny Tai explained that Kandi would prove itself by simply providing a quality product with reliable customer service, saying it was “only a matter of time.”

It is easy to see where Tai draws that conclusion. It was not that long ago that people felt a certain way about cars built in Korea and Japan. Subaru’s first vehicle imported into the United States in the late 1960s was a tiny car used as its foot in the door. What we are potentially looking at is the start of something that will later become a norm.

The main difference between Kandi America and other small electric vehicle manufacturers is that Kandi already has an auto manufacturing history in China. This is not Kandi’s first rodeo, having offered multiple electric vehicles and off-road terrain vehicles under their brand. I asked Tai if the K27 and K23 are a success in America, would this inspire Kandi to import more vehicle models to which he replied, “Yes, absolutely.”

Right now, pre-orders for the Kandi America K23 and K27 are open. Anyone in the United States can reserve their own Kandi for a refundable $100 deposit, and deliveries on the first production models are scheduled to start in fall 2020. Kandi plans on working with local dealerships to help distribute and deliver vehicles across the nation. It is this reason, in part, why Kandi America decided to make base its headquarters in Garland, just north of Dallas. Geographically speaking, Dallas is less than two days away from the far corners of the country, making it a strategic location for distribution.

The K23 price starts under $23K, thanks to a government tax credit that shaves nearly eight thousand dollars off the top. The smaller Kandi K27 begins at $12,499, again after the tax credit. Kandi offers a 4-year or 50,000-mile warranty, and an 8-year or 62,000-mile warranty on the battery.

The idea of a small, affordable electric vehicle that can be used as a daily commuter is something we have been talking about for years, and the Kandi America K23 has all the potential to deliver. It has the versatility of a hatchback with a tall roof and rear folding seats. A 10-inch touch screen offers the infotainment the modern driver demands, including hands-free phone connectivity, while power windows and locks, a backup camera, air conditioning, and a digital instrument cluster create value in this entry-level segment.

Kandi America is not aiming to compete with any other manufacture except themselves, according to Johnny Tai. Yet, GM Authority (Link: https://gmauthority.com/blog/2020/07/kandi-k23-chinese-ev-arrives-in-u-s-as-chevrolet-bolt-ev-rival/) already called the Kandi K23 a direct competitor to the Chevrolet Bolt. However, the K23 is significantly less expensive than the Bolt’s starting MSRP of $36K. The Nissan Leaf starts at $31,000, and the base model Leaf only has a range of 150 miles. So, this is not a crowd-funded experimental car; the Kandi K23 has the price point and the equipment to be a real contender in the U.S. electric vehicle market. The goal for these vehicles is to provide affordable electric cars to the masses. A range of 188 miles makes the K23 ideal for city driving and capable enough for small road trips to nearby cities, while offering the interior cargo space to carry what life brings.