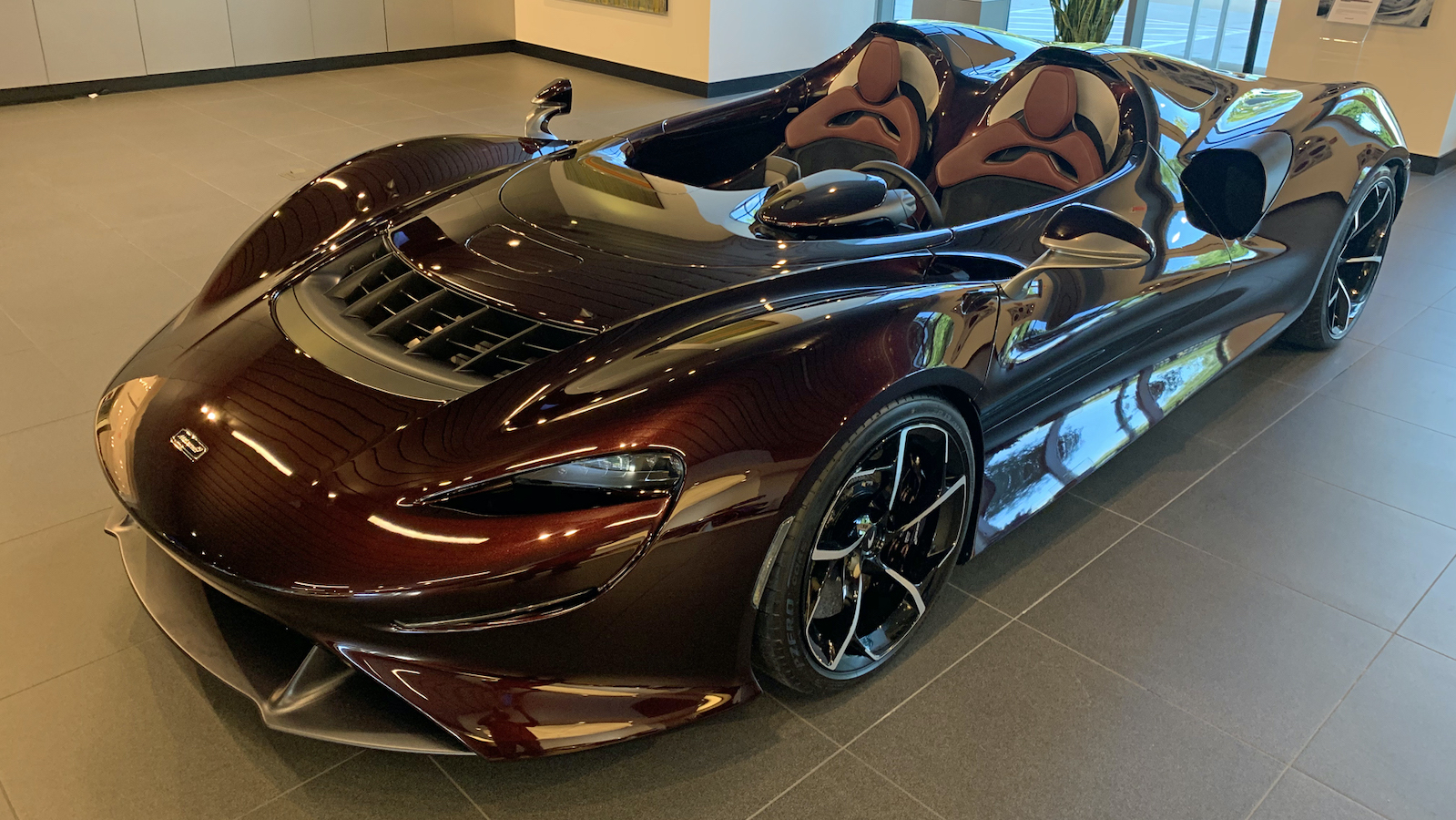 If you’re wondering what the one-percenters are doing during a pandemic, know that more than a few showed up for the Dallas premier of McLaren’s Elva Roadster. Designed to recapture the essence of the McLaren racing platforms of the late ’60s, the Elva is a unique mix of punch and panache. Of course, for its $1.7 million price tag you could have campaigned two cars – one for Bruce and one for Denny – for an entire Can-Am season in the late ’60s. But then, you’d also have had to grow sideburns…the info, supplied by the Avondale Group’s agency, is below.

“Rooted in the open-air sports cars designed by Bruce McLaren in the 1960s, the modern Elva is an engineering masterpiece,” said Heath Strayhan, General Manager of Premier Collection. “The Elva has no windshield, roof or windows, connecting the driver to the road in a bold fashion. McLaren’s unique Active Air Management System channels high speed air through the cars bonnet, up and over the cabin, creating a bubble that keeps passengers comfortable even at speeds up to 70 miles-per-hour.”

The Elva is constructed entirely of carbon fiber with very few body panels. Every square inch of the car incorporates F-1 inspired aero-technology. Powered by a mid-engine, 4-liter, twin-turbo V8, the Elva delivers 804-hp and 590 lb-ft of torque. Linked with a seven-speed dual-clutch automatic transmission, the Elva will launch its occupants from 0-to-60 mph in under three seconds…124 mph in 6.7 seconds.

McLaren will only produce 149 Elva’s worldwide, with approximate 30 expected to be delivered in the U.S. McLaren Dallas has already taken orders for several of the ultra-lightweight roadsters.