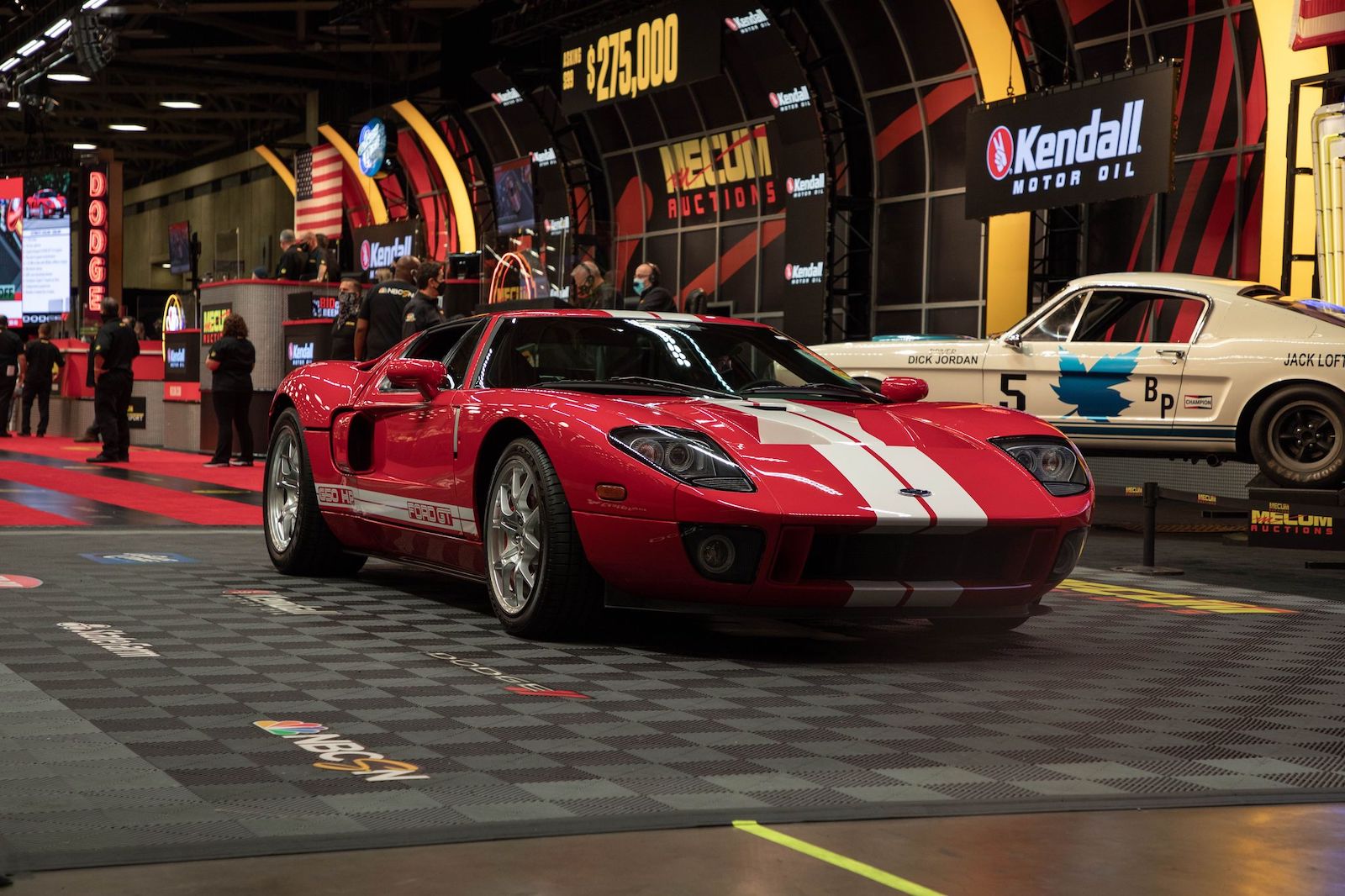 Mecum Auctions is back on the road and performing live in what may be the most popular and exciting show since Hamilton gave us Broadway’s new, fresh perspective on history – at least among classic and exotic car sellers and buyers. With its NBCSN broadcast, Mecum Auctions averages about 300,000 viewers per auction, so Mecum is no stranger to bright lights, adoring crowds and standing ovations.

But the excitement of an in-person and live TV classic car auction disappeared this year when auctions – just like Broadway – went dark with the shutdown caused by the COVID-19 pandemic. Mecum restarted its live auction schedule with four auctions over the summer, from late June through late August, before arriving in Dallas earlier this month.

Mecum re-launched its 2020 live auction tour earlier this month to an enthusiastic three-day run at the Kay Bailey Hutchison Dallas Convention Center; notably, it was the first event at the convention center since mid-March. None of the show’s organizers had to ask the old showbiz question: “But will it play in Peoria?”

In fact, Dave Magers, CEO of Mecum Auctions, said the three-day (October 15-17) Dallas auction this year was way above expectations and broke sales records when compared to last year’s four-day show in Dallas.

Mecum announced last week that the Dallas auction sold 612 cars, resulting in sales of $23.8 million and a better-than-expected 82% sell-through rate, about 12 points higher than what is normally considered a good auction sales rate.

“Not only is there pent-up demand, but there was a general feeling of the need to sell now,” Magers said after returning to Mecum’s headquarters in Walworth, WI. “People are not sure when they will get this chance again. Plus, we had great cars that were priced reasonably.”

The cars were hammering sold at such a rapid rate that one Dallas-area classic car dealer, upon selling out of the inventory he brought to the auction on the first day, said he needed to re-stock his offerings with additional cars for the rest of the show.

One retail observer, who already has an impressive stable of muscle cars in his Dallas-area collection and attended the first two days, noted: “The bidding was spirited and strong.”

He described the market as “stronger than ever” as the result of potential and actual buyers canceling purchases and travel due to the COVID-19 restrictions and safeguards. “It seems like a lot of people have extra money to spend,” he said.

This six-figure sales range among the Top-10 vehicles sold reflected not only the high standard of quality among the vehicles offered, but also the high level of desirability among the buyers, according to Mecum.

Mecum Auctions’ staff, with a traveling crew of 250, each of whom has three assignments over the course of a show, works with the venue partners to ensure that extensive and enhanced safety procedures are deployed to keep attendees safe, and for sellers and buyers to be able to conduct business safely at the auction.

This weekend, Mecum Auctions will be in Indianapolis at the Indianapolis State Fairgrounds, Thursday through Saturday, October 29-31, auctioning 1,000 vehicles. Following the Indy show, upcoming auctions for the rest of this year are:

Also on the schedule is Mecum’s annual big show in Kissimmee, Fla., January 7-17 with 3,500 vehicles at Osceloa Heritage Park.