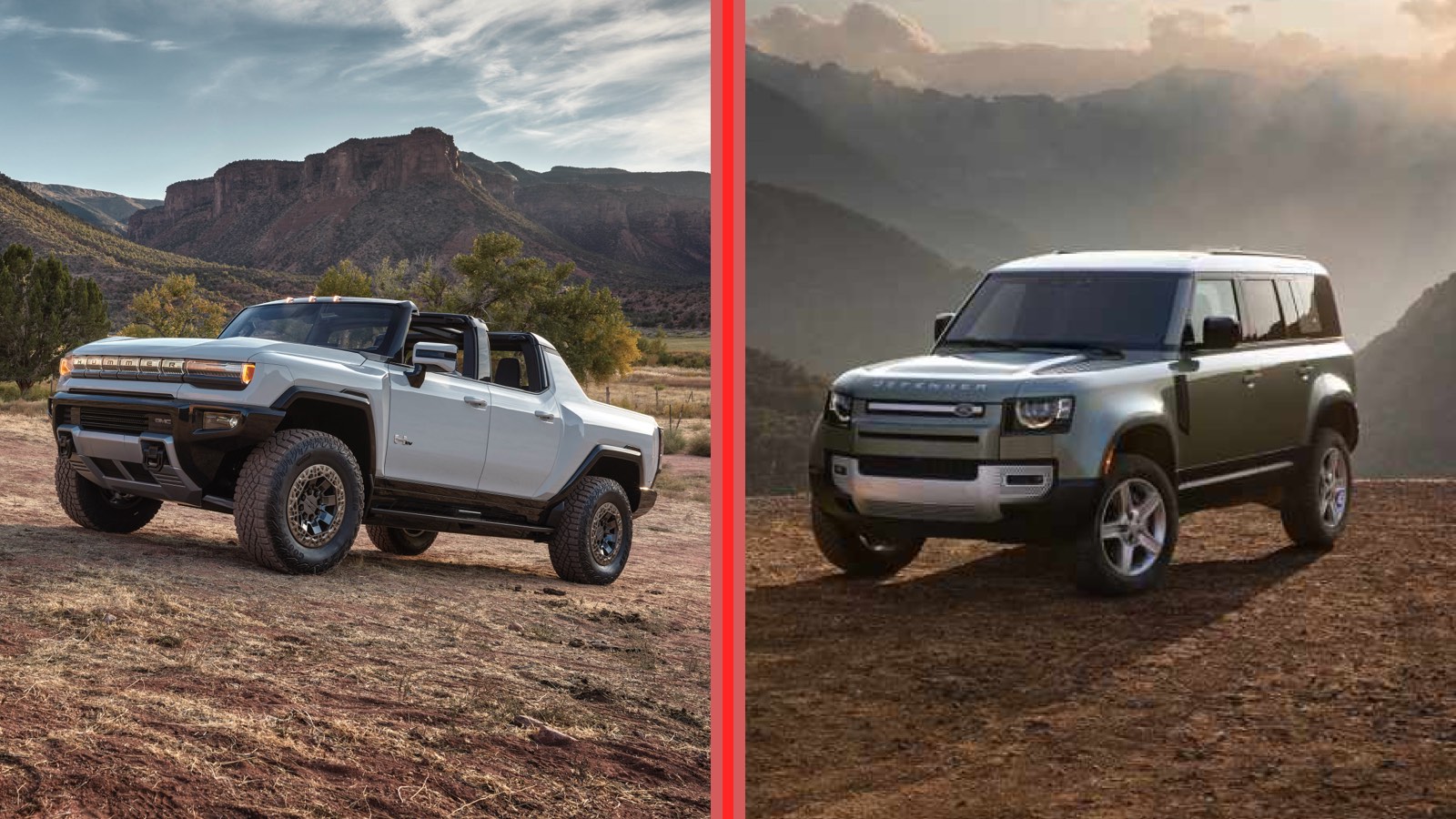 In an automotive news cycle,

The folks at Autoblog do this better than we do. Just this past week, in one 24-hour period they posted sixteen unique ‘news’ stories, touching on everything from life in an RV to the repurposing of Detroit’s old Packard plant. And those stories were added to a website boasting a catalog of some 170,000 previous submissions. Again, Autoblog does it better than we do, but we’ve been working from home longer than they have.

If, in the past week, you’ve been able to tear yourself from Fox News or CNN, you’ll know that a few things have been happening amongst the world’s automotive centers. And those ‘few things’ include news from Michael Jordan’s NASCAR team and Nissan’s new Z Proto concept. But here we’ll talk about SUVs and pickups, largely ‘cause everyone else is.

First up is Motor Trend’s SUV of the Year, Land Rover’s 2020 Defender 110 SE. From the Motor Trend cover you might guess it got the nod by virtue of being the only tested SUV to get air. Obviously, there’s more to it than that, and the reasoning behind the pub’s vote is thoughtfully established in the December issue. I enjoyed my first walkaround of the Defender at last winter’s auto show in DC, and while I’ve yet to drive it I (frankly) can’t wait to drive it. I won’t argue with Motor Trend  except to note that their pick, in the middle of an economic downturn fueled by a global pandemic, starts at $60K and boasted an as-tested MSRP of $83K. Like the pub’s cover shot, where the Defender has all four wheels hovering above the tarmac, committing to $80K ain’t for the faint of heart.

As a panelist on the AutoNetwork.com webcast, not only do I report on what’s in my driveway on any given week, but so do the other panelists. Increasingly, those ride-and-drives involve a Genesis, Hyundai’s upscale offshoot. And most recently, they include the Genesis GV80, the brand’s first crossover/SUV.

If we can crib from Neil Armstrong, a Genesis crossover is ‘one small step for man, and one giant step for suburban moms’. Slotted against Audi’s Q7, M-B’s GLE and BMW’s X5, the GV80 brings with it a high degree of style along with competent execution. And offering both a 2.5 liter turbocharged four or 3.5 liter turbocharged V6, 0-60 can be hit in just over six seconds, while both drivetrains deliver 20 (or so) miles per gallon in combined driving. But it’s the sense of style that pervades the platform, and against its competitive set looks to be quite the value. And if its $50K (and up) price point is a financial bridge too far, know that a more modest GV70 is upcoming.

Not offering the value – but certainly supplying the spectacle – is the GMC Hummer EV, coming to area armories in the not-too-distant future. You’ll, of course, remember this military humvee, the GM division cast aside during GM’s government-mandated bankruptcy. It’s revived as a sub-brand of GM’s GMC truck and SUV brand, and will be the first all-electric addition to the GMC lineup.

In terms of physical presence, think Hummer H1 filling out this year’s census form as transgender. The look here is considerably more organic than we’ve seen from previous Hummers; the T-square has been co-opted by a protractor, and it almost looks pretty.

Three motors send a combined 1,000 horsepower to two of GM’s Ultium drive units, giving – as you’d hope – the Hummer EV rather remarkable capability, both on-and-off-road. The Hummer EV ‘Edition 1’ is priced on that side of $110K, and is expected in GMC showrooms by the end of next year. Conceptually, this is pretty exciting – and will be even more so when its tech trickles down to a $50K price point.