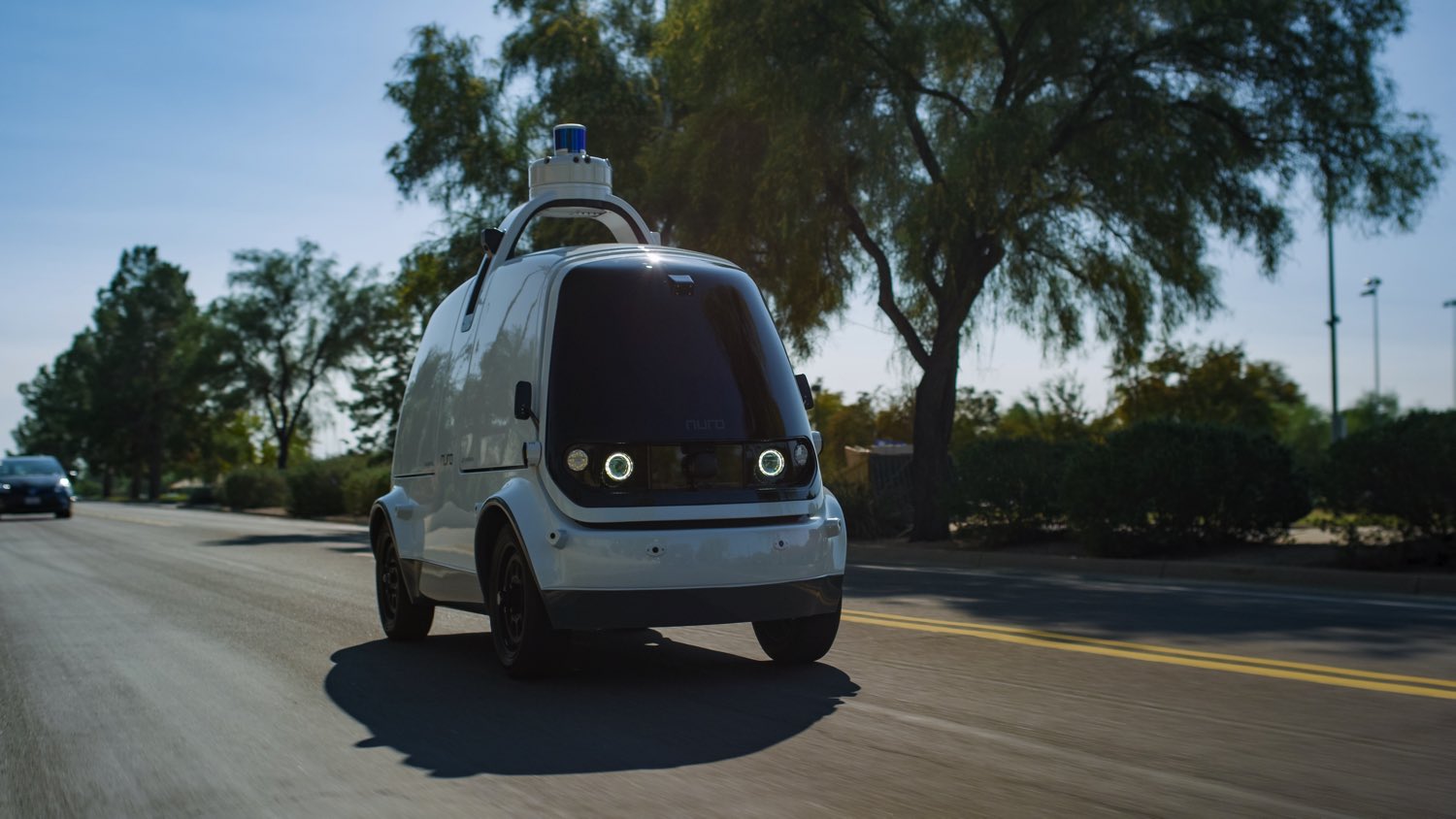 Houston, we have liftoff…

In a state known more for its wide-open spaces and overwhelming preference for pickup trucks, autonomous vehicles are delivering groceries and prescriptions in certain Houston zip codes, traversing neighborhood streets at a safety-first 25 miles per hour.

Nuro, a Silicon Valley-based robotics company founded by two former Google engineers to provide “last-mile delivery,” has high-profile customers in the Houston market today:  Kroger supermarkets and CVS Pharmacy. Walmart and Dominos Pizza are two other partners waiting to get into the AV delivery game with Nuro in the Houston market.

Nuro’s home deliveries in Houston began around this time last year on an experimental basis. As it tested the market and mapped out the details and local nuances of delivery, routes, city streets and neighborhoods late last year and early this year, neither Nuro, its retail partners, nor anyone else could have predicted the surge in the home delivery business as a result of the COVID-19 pandemic.

Officials at Nuro said demand for deliveries from March to mid-April doubled. This was a clear example of AV (Autonomous Vehicles) serving the mobility needs of a population that suddenly was directed to shelter-in-place as protection against the spread of the deadly pandemic.

Today, Nuro is deploying its autonomous vehicle technology in Priuses with a safety driver at the wheel and an engineer riding shotgun, monitoring and reporting on the performance of the on-board technology. “We are starting with the Prius to get people used to seeing the cars in the communities,” an official with Nuro told TxGarage.

The CVS deliveries are targeted to three zip codes: 77035, 77096 and 77401. Residents of those zip codes can place prescription orders using CVS.com or the CVS Pharmacy app. Plus, customers can add non-prescription items. The delivery service is free to CVS Pharmacy customers.

By targeting certain zip codes within the sprawling Houston city limits, Nuro can keep the number of vehicles deployed low and specific to the neighborhoods and the retail partners serving those neighborhoods. Customers are able to retrieve their packages at their curb by confirming their name with the Prius driver.

In fact, those vehicles may be on the way sooner rather than later. In February, the U.S. Department of Transportation (DOT) and the National Highway Traffic Safety Administration (NHTSA) granted Nuro’s request for a temporary exemption from certain vehicle federal standard requirements for the electric, driverless R2. Because the R2 is an autonomous vehicle not intended to need a driver or other occupants, the federal agencies said R2 would be exempt from typical requirements like a windshield or sideview mirrors. It permitted Nuro to produce and deploy 5,000 R2 vehicles in a two-year period.

Nuro has a contract with Roush, a Metro Detroit-based contract manufacturer, to build the R2. In addition to Texas, Nuro is operating in targeted markets in Arizona and California.