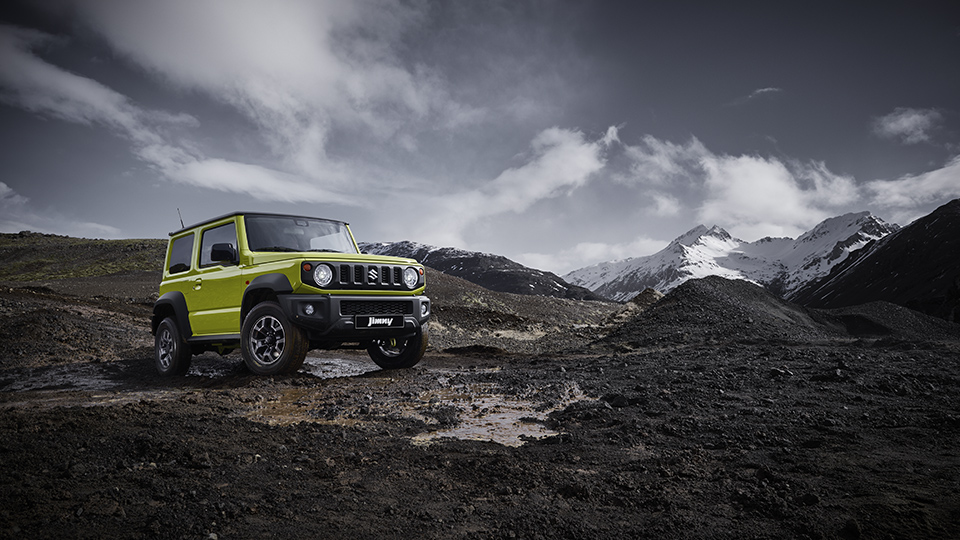 Time For a Suzuki Reboot

In November of 2010 – yeah, ten years ago – I said goodbye to my friends and associates at American Suzuki. In my three-and-a-half years of working as its manager of Product PR for its automotive side, I had been part of a small team making (or so we thought) a real change in the perception of Suzuki automobiles, not only among Suzuki employees and its dealers, but also among Suzuki enthusiasts and consumers. While Suzuki’s history in the U.S. had been – at best – up and down, my time at Suzuki HQ in Brea, California had been mostly up, personally expansive and professionally fulfilling.

And like so many good things in life, leaving wasn’t easy. But working in product public relations, you are wholly dependent on product and, by extension, product narratives that, by the fall of 2010, didn’t appear to be coming from Suzuki. We remained, if you’ll remember, in the throes of the Great Recession, and the country was beset by both rampant unemployment and a virtual halt to consumer spending. And as a small, independent carmaker, Suzuki’s attempt to play on a global stage was compromised by the absence of deep pockets enjoyed by Japan’s Big Three. Of course, Suzuki wasn’t helped by its woeful attempts to align with other carmakers; its partnership with GM was – at best – unfortunate, and an alliance with Volkswagen would amount to less than nothing.

Without a product story to tell it made little sense to stick around Suzuki trying to tell it. I took an offer from Autotrader to serve its consumer website as a regular freelance contributor, and began an overly long process of selling our home in nearby Fullerton. But in leaving Suzuki’s employ I didn’t sever my affection for the company, its products or its people. And while all of us have moved on in the past decade, Suzuki’s product portfolio, to a large extent, hasn’t.

It’s time, of course, that it did. Suzuki stopped importing its cars and crossovers into the U.S. in 2012, and from what I see, there doesn’t appear to be a business case for the relaunch of those Suzuki cars and crossovers. But as the auto and bike sectors become mobility sectors, the opportunities are there for the transformation of the Suzuki motorcycle showroom into something other than what it is today: a time capsule from 2010.

There are few better vaccines for the automotive and motorcycle industry than new, compelling product. And unlike the competitive set from Honda, Kawasaki and Yamaha, Suzuki has provided little in the way of updated product, especially in those segments of the bike industry with significant growth. And in those instances when Suzuki has attempted to broaden its range with new or revised product, those debuts have been tepid, the end products bringing little or no excitement to the showroom.

Exhibit A is Suzuki’s new-for-2020 Katana, intended to build on the buzz created in the launch of the original, some forty years ago. At that point the Katana was a breakout model, taking a credible 4-cylinder platform and reimagining it as a design statement with global appeal. (For bike enthusiasts, it was not unlike GM commissioning Bertone to reimagine a Corvette. Corvette loyalists would bitch, but any number of non-Corvette types would jump at the chance to buy it.)

What came from Suzuki for 2020 was previewed by the Cycle Worldteam, observing: “This new Suzuki Katana is not a strict replica of the original. A full retro replica of the bike wouldn’t suit today’s riders, but the neo-Katana design draws a couple of inspirational touches from the 1981 icon, particularly the fairing’s sharp frontal shape, but it steers clear of stylistic excess.” And I’d beg to differ. You need only look at the buzz when Europe’s automotive OEMs build tributes to their classic creations to know that ‘continuation builds’ have a built-in audience of well-heeled oldsters with both memory and money, and successful hipsters with the money to make their own memories. A faithful tribute to the original Katana, along with the same 150 horsepower and, if necessary, the electronic aids to help with traction, would have been – in this admittedly biased view – a homerun. Instead, the 2020 homage to the original is a (maybe) double.

More egregious is Suzuki’s inattention to a category it helped create, the adventure bike. When its V-Strom was launched in 2002 (as a 1000), and supplemented with a V-Strom 650 in 2004, there were others building dual-purpose bikes for the adventure category, but Suzuki’s entries did a great deal to both define and broaden that category. And while, in the almost two decades since that introduction, Suzuki has supplied revisions and updates (and the bikes continue to sell very well), nothing has been done to significantly upgrade the offerings in this vastly expanding category. If you want more shoes in your showrooms, a smaller V-Strom would be good, as would lightened V-Stroms in those same 650 and 1000 displacements.

Finally, at a time when there’s a real need for a smaller, lighter and more fuel-efficient Wrangler, Suzuki’s Jimny has customers on waiting lists throughout much of the industrialized world. And while I know there’s a real wall between motorcycle and automotive showrooms, certifying the Jimny for U.S. sale through those motorcycle showrooms would be a huge boost for Suzuki dealers, and a significant boon for Suzuki’s off-road enthusiasts. The Jimny is perfect for today’s urban/suburban audience, as well as at least one farmer I know in rural Oklahoma. Keep its well-equipped window sticker under $25K and Suzuki would have an out-of-the-park homerun.

If any of this resonates at Suzuki HQ, know I – and thousands of other Suzuki fans – would enjoy hearing from you. And if you have trouble getting the word out, I’m available on a (strictly) part-time basis. At an accessible, entry-level price point. Emoji here.