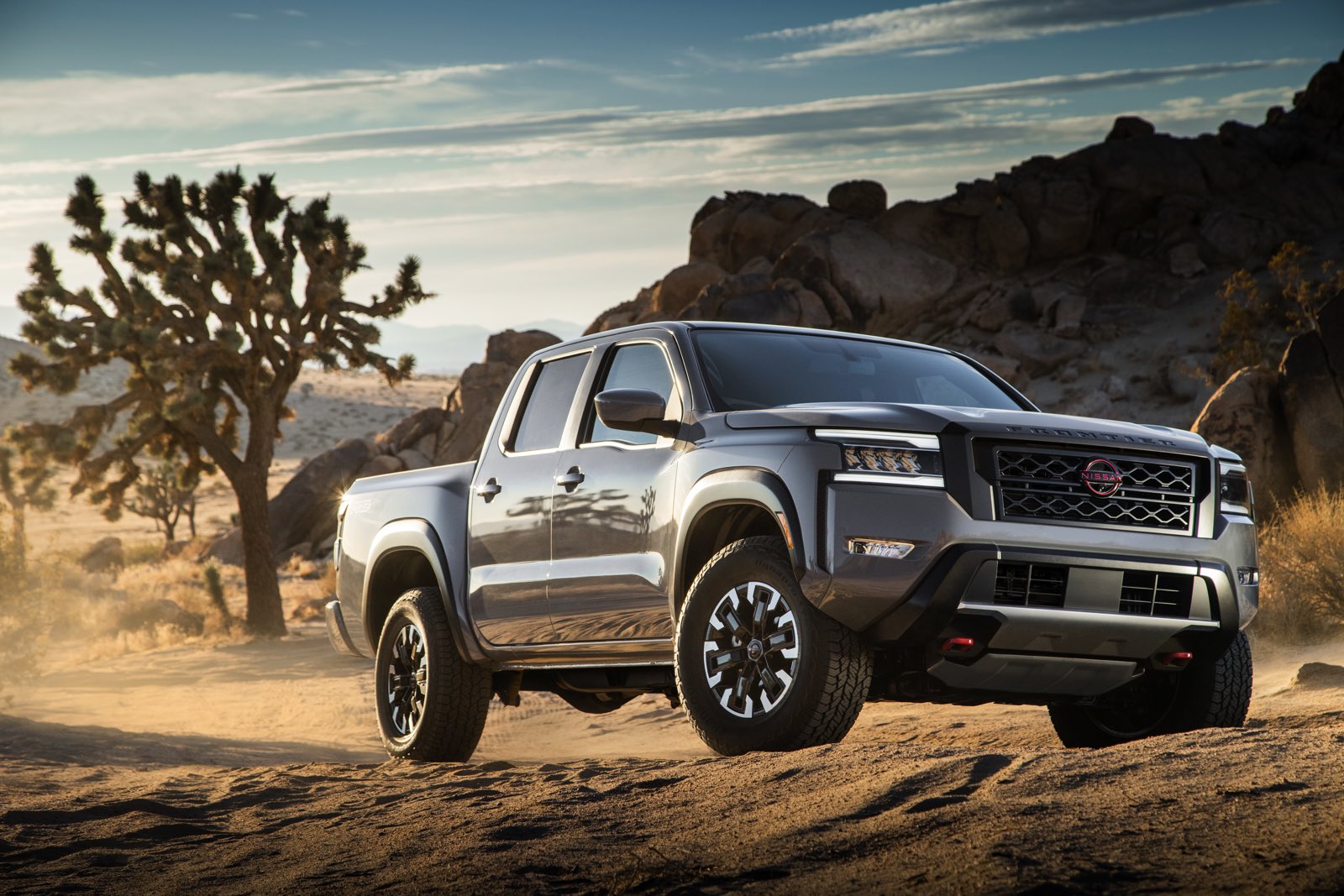 I often refer to the outgoing Nissan Frontier as the last honest pickup truck you could buy. This new 2022 redesign is the first significant change we’ve seen to the Frontier since 2004, when George W. was running for a second term. Think about that…where were you in ’04? Since then, Nissan has been tinkering with the Frontier to improve it while leaving the rest to fall in the ‘if it ain’t broke, don’t fix it’ category. The 2022 Frontier is an all-new design, but sources state that underneath the modern skin is a familiar frame (along with the new powertrain introduced last year) that’s been evolving for almost 20 years. Is that a bad thing? No. Here’s what is brand new on the 2022 Nissan Frontier.

I’ll start with how it looks. Designers of the 2022 Nissan Frontier took inspiration from the original Nissan Hardbody pickups of the 1980s and 1990s, as that was the Nissan pickup many of them grew up with. The 2022 Frontier sports a new, square-jawed vibe, with a vertically flat nose meeting a horizontal hood; the ‘square jaw’ is a theme that flows through the rest of the truck. Nissan mentioned that the 2022 Frontier is roughly the same size as the outgoing model, with only a five-inch increase in length. In an era where full-size trucks offer commercial vehicle proportions and mid-size trucks increasingly go LARGE, the Nissan Frontier remains the right-sized, still mid-size pickup.

Under the 2022 Nissan Frontier’s hood beats a 3.8-liter V6 pumping 310 horsepower and 281 pound-feet of torque through a new nine-speed automatic transmission. Available in 2WD or shift-on-the-fly part-time 4WD, the Nissan Frontier has the muscle to back-up its rugged good looks. New for the Frontier is a 360-view camera system with what Nissan calls ‘off-road mode’, which allows drivers to have an eye on where each wheel is going through rough terrain in low gear.

Available in King Cab or Crew Cab, the Frontier’s bed is six feet long in the King Cab, while the Crew Cab offers five feet of real estate. Maximum payload for the new Frontier is rated at 1,610 lbs. in its 2WD configuration, while delivering a towing capacity of 6,720 pounds. One standard feature on all 2022 Frontiers is Nissan’s Trailer Sway Control, which automatically applies the brakes when the truck detects sway.

Standard features on 4WD Frontiers include Standard Hill Start Assist and Hill Descent Control on these 4WD models, along with a four-wheel limited-slip system to give the Frontier mountain goat legs while off-roading. Top tier trim packages like the 4WD Pro-4X come standard with Bilstein off-road shocks, an electronic locking differential, and a skid plate to protect the underbody. The 2WD Pro-X offers Bilstein shocks, but dispenses with the skid plate and locking diff.

The Frontier’s interior has been showing its age for years (but then, so has George…), so a brand-new interior on the 2022 model is refreshing. Highlights include the addition of Nissan’s famed Zero Gravity seats to improve comfort, a quieter cabin, while improvements to suspension and steering should make this new Frontier a pleasure to cruise on the open road.

Perhaps the biggest update on the Nissan Frontier’s interior is the amount of storage space. In total, the 2022 Nissan Frontier offers 12.2 liters of storage, and we’re just talking about pockets in the doors! Other interior features include:

And Nissan Pro Frontiers also get to a splash of color to showcase their go-anywhere ability. The 2022 Nissan Frontier will be available this summer.