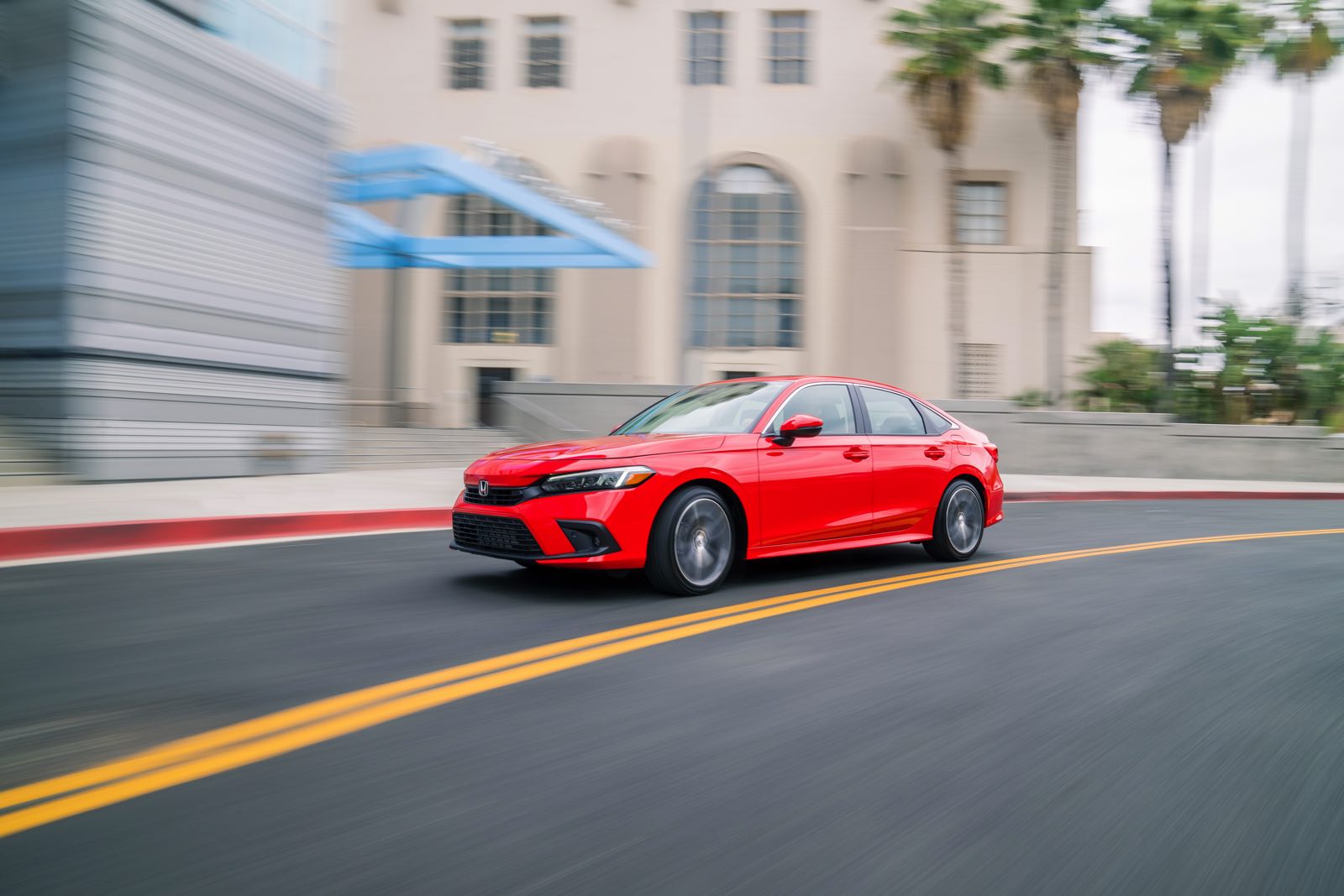 A half-century later, the Honda Civic is still the best compact car on the planet.

If ever there was the right car at the right time, it was Honda’s Civic, introduced in the summer of ’72. The following spring and summer, the first OPEC oil crisis launched gas prices up like a skyrocket and sunk the Ford Administration into a death spiral.

As a summer intern at the Miami Herald in the summer of ’73, I convinced an apprehensive sales manager to let me test drive a Civic for a piece on how consumers could adapt to gasoline prices, which all our lives had sold for 25 to 35 cents per gallon but overnight zoomed to a heart-stopping, rage-inducing 57 cents. OPEC Oil Embargo: Definition, Cause, Effects of 1973 Crisis (thebalance.com)

Like every other testosterone-fueled male of my generation, I was a fan of big-block-powered hunks of steel. That started to change in the hours I spent sitting in line for gasoline and during the days when I parked because none was available.

Shortly before I was to return to college, I managed to wheedle an assignment covering a minor-league baseball game in Tampa. I had always wanted to sit in a press box.

“What a great way to end the summer,” I thought. “A byline in the sports section.”

I phoned in my story, grabbed a nice meal, and headed home. I stopped for gas on my way out of town and found the price had shot past 60 cents.

“I’ll never pay 63 cents for a %$**# gallon of gasoline,” I, as a typical testosterone-fueled male, barked at the attendant. In those days stations had people pump the gas for you. Really. Cleaned the windshield, too. 1950s GAS STATION ATTENDANT Photo | Etsy

“As you wish, sir,” he said. I, as a typical testosterone-fueled male, did not at first catch the irony dripping like frigid molasses off the “sir.”

A couple of hours later, in search of cheaper gas on that moonless night, I replayed that moment in my mind. Dozens of pairs of beady eyes peered from water level to witness my epiphany after I ran out of gas on Alligator Alley. It was daybreak before I got back on the road. The Herald was generous with expense reimbursements, but I lost money on that trip.

On Monday morning, however, I managed to stay on the payroll a week longer than planned when I pitched the gas-price story, in which I compared VW’s Super Beetle, Toyota Corolla, and Civic. In those days, American manufacturers built compact cars but didn’t discuss fuel economy, which tended to run in the 12 to 13 mpg range.

Datsun and Fiat had fuel-sipping sedans and Dodge had the Colt, a rebadged Mitsubishi, which got around 27 mpg.

The ‘72 Super Beetle, on the other hand, delivered 30 mpg, the Corolla better than 37 mpg, and the Civic more than 40 mpg. My wide-eyed editor, a crackerjack fact-checker, called the dealerships to verify those facts. This was before journalists were allowed to report false facts. That came in 1980 with the founding of cable news. U.S. Journalism Has Become More Subjective | RAND

When the facts turned out to be, indeed, the facts, my editor opened a slot for me on page 1 of the metro edition of the Sunday Miami Herald. That was a great way to end the summer.

At that age, I knew a few things about fast driving, thanks to some seat time in rally cars. Also, I’d had U.S. Army Military Intelligence experience doing surveillance work because A) they had trained me to interrogate Czechoslovakian spies, but we were fresh out of those and B) they didn’t want to risk the really smart guys doing stuff like that.

As one reared on Detroit iron, I found the foreign cars unnerving because they did not so much accelerate as gradually build momentum over time. Passing required planning.

Beyond that, I found the Beetle to be a cultural icon that had outlived its usefulness. Slowest of the three, it was also the noisiest and most uncomfortable.

The Civic and Corolla, however, were surprisingly good for cars that sold for $2,000 to $3,000. They were light, which meant they were supple. The steering and braking response were quite good. There was ample room, usable trunks, a nice level of features, and room for four adults. In the coming years, we would learn that they were more reliable than, well, a VW Beetle.

The Corolla had a surprisingly nice ride for an economy car, but the Civic handled like a sports car.

Half a century later, the Corolla and Civic are far more sophisticated and larger, but both are still outstanding values, and both still deliver close to 40 mpg, offering respite from climbing pump prices. A price of $0.60 in 1973, by the way, today has the purchasing power of $3.77. $1 in 1973 → 2022 | Inflation Calculator (in2013dollars.com).

American manufacturers have abandoned selling compact cars because there is much more profit in pickups and SUVs. Civic and Corolla sit atop most viewers’ ratings, though the Subaru Impreza, Hyundai Elantra, Mazda3, Nissan Sentra, and VW Jetta are also recommended buys. All will deliver at least 30 mpg.

If I were buying, I would probably choose the one that came with the best deal. Oddly enough, I would say now what I said then about the Honda and Toyota: The Civic handles like a go-cart, the Corolla rides better. I would insist on long test drives of both before making up my mind.

The Impreza, Sentra, and Elantra all have starting prices below $20,000, the others are $1,000 or more above that, but tend to offer higher levels of standard features.

The all-new 2022 Civic is the 11th iteration of the sixth-largest selling automobile on the planet. It features a more rigid body structure, is more upscale inside and out, more technologically advanced, and offers a wider range of driver assistance features.

In addition to being named U.S. News and World Report’s 2022 Best Compact Car for the Money and earning the Institute for Highway Safety’s highest rating of Top Safety Pick+, the new Civic took home the most prestigious award of all, the 2022 North American Car of the Year.

Wards Auto recognized the new Civic in its selections for 10 Best Interiors and 10 Best User Experience.

Blonde Beauty and I tested the Touring sedan and found a lot to like. We enjoyed the near-luxury finish of the cabin, the roomy trunk, the pleasant infotainment system, and, of course, the performance.

Some reviewers criticize the base, 2.0-L engine for its tame acceleration.