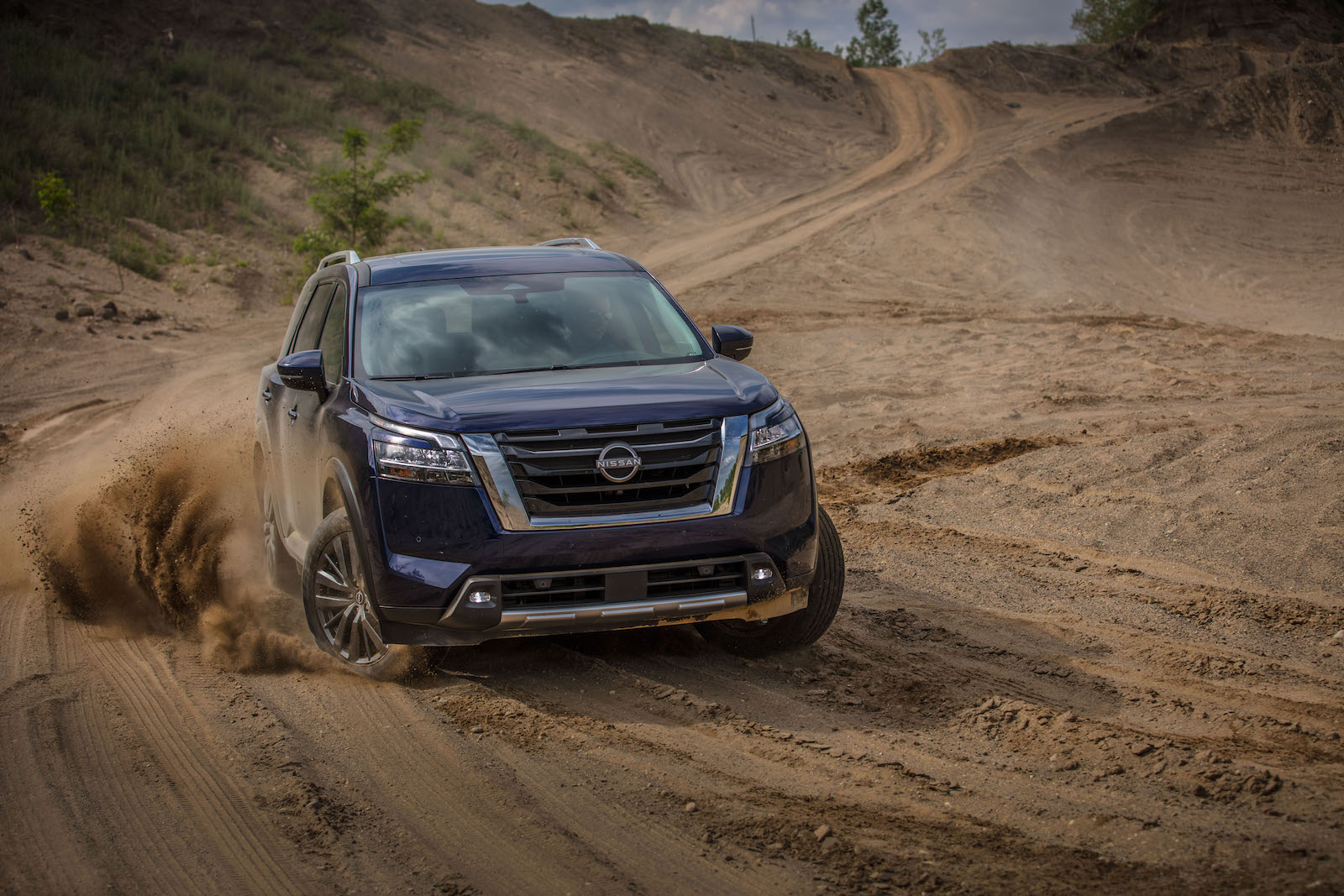 FINDING – AT LAST – THE RIGHT PATH

If, like me, you were licensed in the late ‘60s and car shopping in the ‘70s, you’d have great memories of some of Nissan’s creative output. First up – again, for me – was the Datsun 2000, a Japanese riff on the British sports car (think MGB) some twenty years before Mazda did its riff on the British sports car. Before most had time to notice, Datsun introduced its 240Z; at this point, parent Nissan had Jaguar’s E-Type in its viewfinder, and if there is one car which encapsulates our changing view of Japanese design and engineering in the last half of that century, it’s the Z. Of course, Nissan’s also had a few hits in the sport-utility and truck categories, but most of those came later. It would even include the first Pathfinder (introduced in 1987), which would have been well regarded…if more of us had been paying attention.

Between the ‘90s and 2000’s Nissan went into a product funk; I don’t want to call it a nosedive, but there was little landing on Nissan showrooms you’d judge compelling. The company’s Maxima, introduced as Nissan’s 4-door sports car, was bloated, and where once its entry-level sedan – the 510 – could be regarded as a poor man’s 2002, cars such as the Versa and Altima could only be regarded as a poor man’s Corolla or Camry. And when the newest Pathfinder was launched, there was little to keep shoppers from pulling the trigger on a Honda Pilot or Toyota Highlander showrooms. Except, perhaps, Nissan’s incessant incentives – which added a few annual sales while essentially prostituting the product.

Thankfully, just in time for our acquired immunity is a transformed landscape within the Nissan showroom, led – coincidentally – by an all-new Pathfinder. Where the last Pathfinder was organic and obviously car-based (which is, after all, where crossovers come from), the 2022 is trucked up, featuring – in Nissan’s verbiage – a bold, rugged all-new exterior design. And even the skeptic in me liked it. The sheetmetal doesn’t convey the upscale vibe of Kia’s Telluride, but then, neither is this skin as affected as Hyundai’s Palisade, or as busy as the most recent Highlander.

And the Pathfinder has grown! Sitting on a wheelbase of 114 inches, the Pathfinder stretches to an overall length of 198 inches, and weighs – depending on trim level and front or all-wheel drive – between 4400 pounds and 4600 pounds. Thankfully, the one available powertrain is a good one: Nissan retains its 3.5 liter DOHC V6, and now ditches the CVT for a 9-speed automatic. Responsiveness is better than expected (given its 2+ tons), with Car and Driver arriving at 60 from 0 in 6.6 seconds when working through the Pathfinder’s all-wheel drive.

Inside, our Platinum test vehicle was adorned (yeah, that’s the word) with leather appropriate to a King Ranch edition if, of course, Ford didn’t already have ‘King Ranch’ in its copyright closet. Interior volume is now almost 165 cubic feet, which is 10 more cubic feet than previously offered. Seating for eight – with a second-row bench – is standard, while available captain’s chairs on all three trim levels reduces seating to seven. Seating is comfortable, visibility reasonable, and all the tech you could possibly want is standard or available. Personally, I was pleased that the infotainment has stayed reasonably intuitive, ‘cause that’s what I am.

On the road this newest Pathfinder is compliant yet composed. The aforementioned Car and Driver found the ride/handling balance only average, but then, their perspective is that of the enthusiast pub and not that of the average consumer. I wasn’t delighted by the Pathfinder’s performance envelope, but then, I wouldn’t be spending between $35K and $50K on the ‘envelope’, I’d be spending it on the utility.

That utility is amplified by a 6,000-pound towing capability, giving it a margin or error not allowed by the Telluride and Highlander, which offer but 5,000 pounds. In my experience more is better, and if towing a 4,000-pound trailer I’d enjoy the surplus offered by Nissan.

With EPA estimated fuel economy of 22 City/25 Highway/22 Combined in the Platinum test model, efficiency is reasonable when considering its comfort and utility. It’s good to see a Nissan showroom with something to consider. A new path – as it were – for a new Pathfinder.