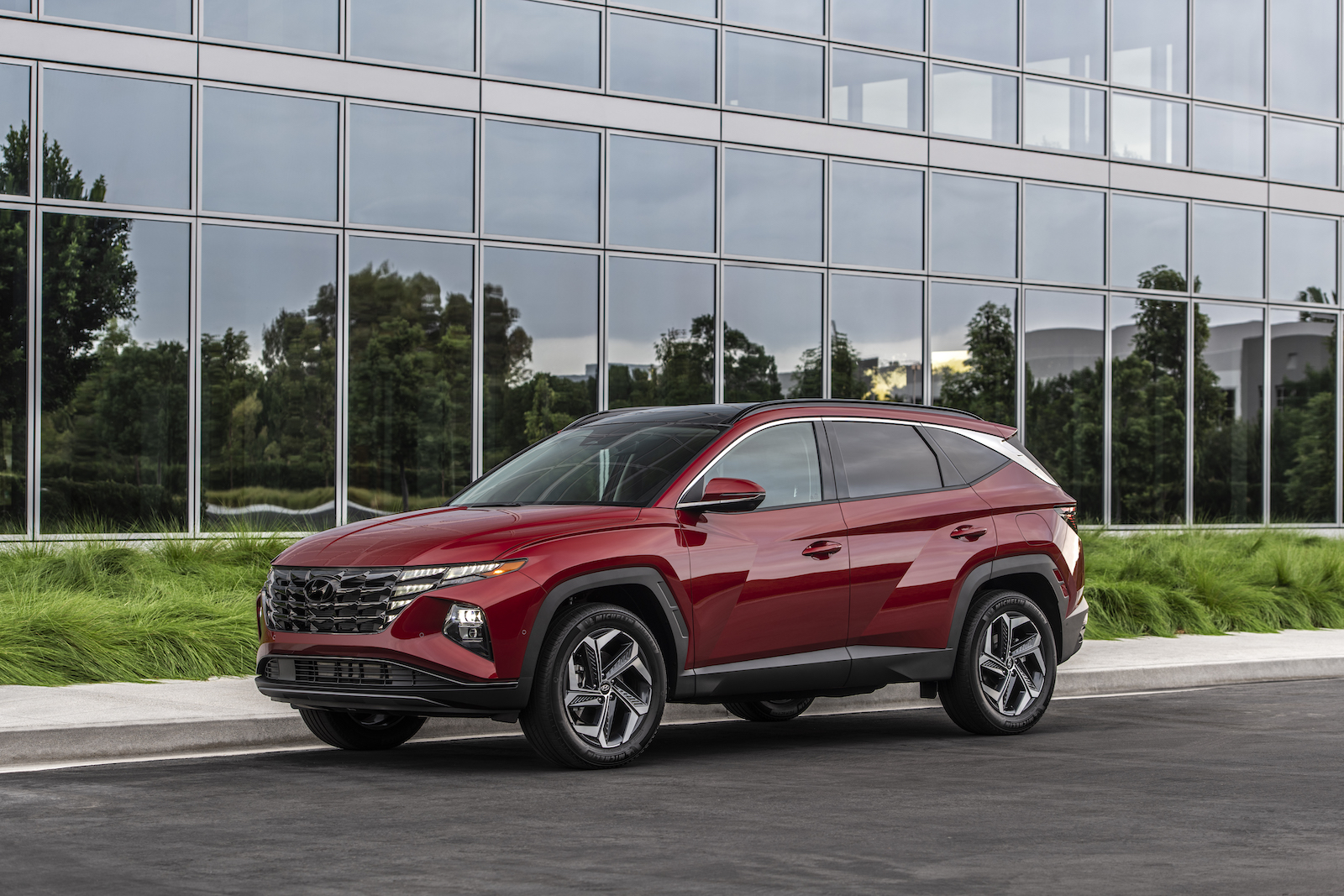 AT LAST, AN SUV FOR GOLDILOCKS

With the redesigned Tucson, Hyundai has built a compact SUV that Goldilocks could love: affordable, not cheap and plasticky; small, but roomy and comfortable; nimble, yet quiet with a comfortable ride. Add to that a long list of desirable features, a three-year complimentary maintenance program with the best warranty in the business, and the 2022 Tucson, starting at $24,950 (or just over half the $46,036 median sales price of a new car) is just right.

Add us to the list of strong buy recommendations, but with one caveat: The base motor will remind you why no one proclaims love for Hyundai internal combustion engines. For people who, unlike me, don’t drive like a bat out of hell, a 197-hp, naturally-aspirated, 2.5-L I-4 is adequate for a vehicle weighing in at less than 3,400 lbs.  Zero to 60 times are measured in gestational cycles, to be sure, but the Tucson eventually gets to speed and can keep up with Texas highway traffic.

Or at least most of it.

Fuel economy for the gasser is good for the class, not great. We averaged around 17.6 mpg in town and 33 on the highway for a combined 24 mpg.

Move up to either the hybrid or plug-in hybrid version, however, and power and fuel economy both soar. Both have a gas-fired, 1.6-L I-4 mated to a permanent magnet synchronous electric motor. The hybrid version has a 270V lithium-Ion polymer battery pack. The total power output jumps to 258 hp and torque increases from 178 lb-ft to 195.

The plug-in hybrid, which runs on a 360V system, delivers 33 miles of all-electric power before switching over to a hybrid-gas system that gets about 38 mpg. The Tucson PHEV gets an 11.1-gallon fuel tank, compared to 14.3 gallons on the ICE model, but goes 110 miles further, 450 miles, between fill-ups.

Combined, the EPA estimates most Tucson PHEV drivers will attain 80 mpg, but that depends on the ratio of electric/hybrid driving one does. Most people drive less than 40 miles per day, and the PHEV battery requires only two hours to recharge when plugged into a 120 outlet.

The plug-in system is the most powerful of the three, turning out 261 hp. That’s slightly less than the 300 horses put out by Toyota’s RAV4 Prime, but the Hyundai is significantly less expensive, $34,750 for an SEL AWD PHEV, compared to $39,.800 for a similarly equipped RAV4.

There is another critically important quantitative factor that tilts the field in Tucson’s direction: its wheelbase. The distance between the front and rear wheels has more to do with ride quality and just about any other piece of suspension geometry. The shorter the distance, the choppier the ride. The longer the distance, the more like a big car a vehicle feels

The Tucson’s wheelbase is 109 inches, three inches longer than the RAV4’s and the ride difference is profound. Though the Tucson leans toward a firm suspension, which translates into more sure-footed handling, it absorbs road imperfections like a big sedan.

Not coincidentally, the Tucson also has more rear legroom and cargo space, so it feels bigger, too.

Both vehicles are eligible for up to $7,500 in federal income tax credits. To put that in perspective, after incentives, an all-wheel-drive, 80-mpg Tucson costs the same as the front-wheel drive, 24 mpg one.

Finally, we would be remiss if we did not point out that hybrid drive systems are much more durable than gas-only ones because the electric motor does most of its work on take-off and mid-range acceleration, meaning the ICE avoids periods of high stress only under optimal conditions.

On the other hand, if you simply cannot countenance the idea of an electrified car, the good news is that the ICE Tucson comes by its power honestly, not using turbocharging, which puts a terrific strain on engines and leads to premature oil consumption and a host of downstream problems. So, again, the nod goes to Tucson.

The 2022 Tucson is a complete redesign. You can find bargains among the previous version but should avoid them. Earlier models did not ride or drive as well, were noisier, and had a series of regrettable reliability issues.

The new Tucson is well executed from bow to stern. It has fetching lines outside, a nicely appointed cabin, and a full suite of driver-assist software. It also comes with a non-transferrable, 10-year, 100,000-mile powertrain warranty.

Blonde Bride and I are seriously considering purchasing one for our garage. What’s not to like, Goldilocks?