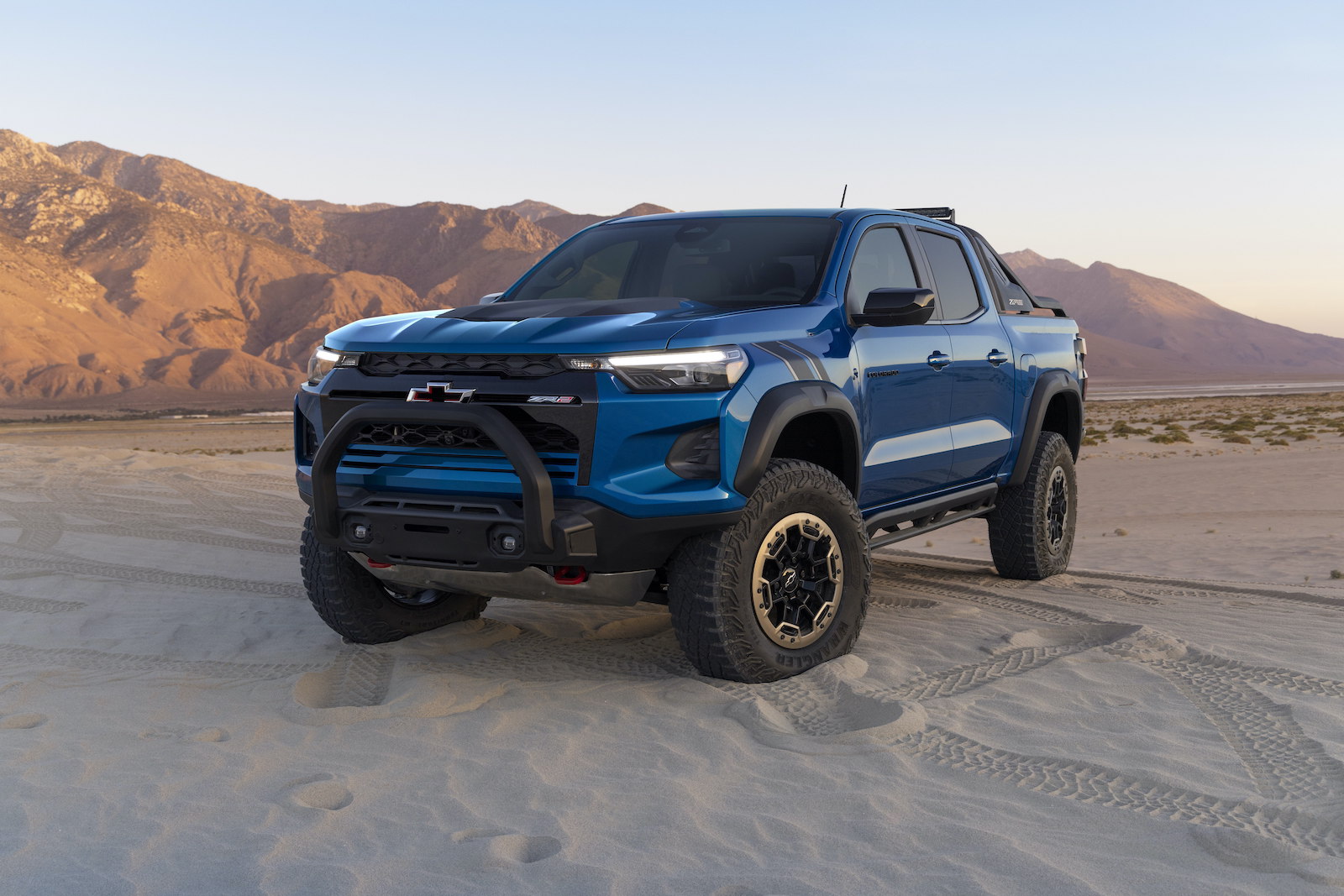 Eleven years ago, the Chevy Colorado was so impressive.

At a time when American manufacturers and buyers were abandoning the midsize pickup, Colorado and its corporate cousin, GMC’s Canyon, first rolled out in 2003 as thin redesigns of the Chevy S10 GMC Sonoma pickups built in the now-shuttered Shreveport plant. Interiors were cheap, the drive trains uninspiring and the build quality unimpressive.

Colorado/Canyon U.S. sales peaked in 2005 at 163,204 units, surpassing the perennial segment leader, Ford’s Ranger, by almost 35% and just 3.3% behind the new best-seller, the Toyota Tacoma.

In 2006, however, while still leading the Ford pickup by 27.5%, GM’s midsize pickup lagged the Tacoma’s by almost 34%. Though it has yet to undergo a serious redesign since, the rough-riding, dependable Tacoma remains the undisputed king of the midsize mountain.

You need to understand that GM’s midsize pickups play a more important role in the company’s international portfolio than they do in the United States, where full-size pickups have thrived in an era of cheap gas.

Thus, in 2011 General Motors put Colorado and Canyon through a complete redesign, and there was a lot to like: the best ride and handling in the class, comfortable seats (you feeling me, Taco drivers?), and an array of engines, including a powerful V-6 or turbodiesel as options.

Alas, time brings change, and the Colorado today is behind the times technologically, and comes saddled with a reputation for unreliability. Engines, transmissions, hardware, and body integrity all have failed to please.

Don’t believe me. Check out Consumer Reports, which gives these some of its lowest ratings ever.  CR gives Colorado/Canyon a 45. Only the Jeep, at 38, scores lower. The magazine recommends three small pickups, the Honda Ridgeline (82), Ford Maverick (74), and Ford Ranger (62).

It was for me an object lesson in how quickly change comes to automotive technology when I recently spent a week in a Colorado and came away marveling at how much I’d come to dislike a truck that once I adored.

For $44,000, our tester came with 4WD and a quite competent off-road suspension system. It did not have, however, things we’ve come to expect in vehicles costing half as much. Things like remote entry, push-button start, or any form of modern driver-assist technology.

Still, brand loyalty is half the game when it comes to pickups and there is a reason for fans of Chevy’s midsize pickup to take heart. News broke this week that a fresh-from-the-ground-up Colorado and its cousin, the GMC Canyon, are due in showrooms in the first quarter of 2023.

GM also let it slip that all-electric versions are planned for 2026. One presumes that it will share a great deal of hardware with the Chevy Blazer EV, which is receiving warm reviews just now from the automotive press.

The new Colorado/Canyon will have but one engine option, but we think it will prove to be a winner, a 2.7-L turbo 4 now available in the Chevy Silverado GMC Sierra. A long-stroke, high-torque design, we found the engine impressively smooth and powerful in the larger pickup except, uhm, fuel economy isn’t all that great.

Some of us have opined that the engine would be a hit working in a smaller vehicle. It would seem GM has decided that, too.

Sophisticated camera systems and trailering apps borrowed from the big boys, large screens, driver-assist tech, and a longer wheelbase are also in the works.

In the meantime, the current Colorado/Canyon are not without their virtues. As we said, they’re great riding and driving trucks, and GM is offering several attractive incentives for buying and leasing.