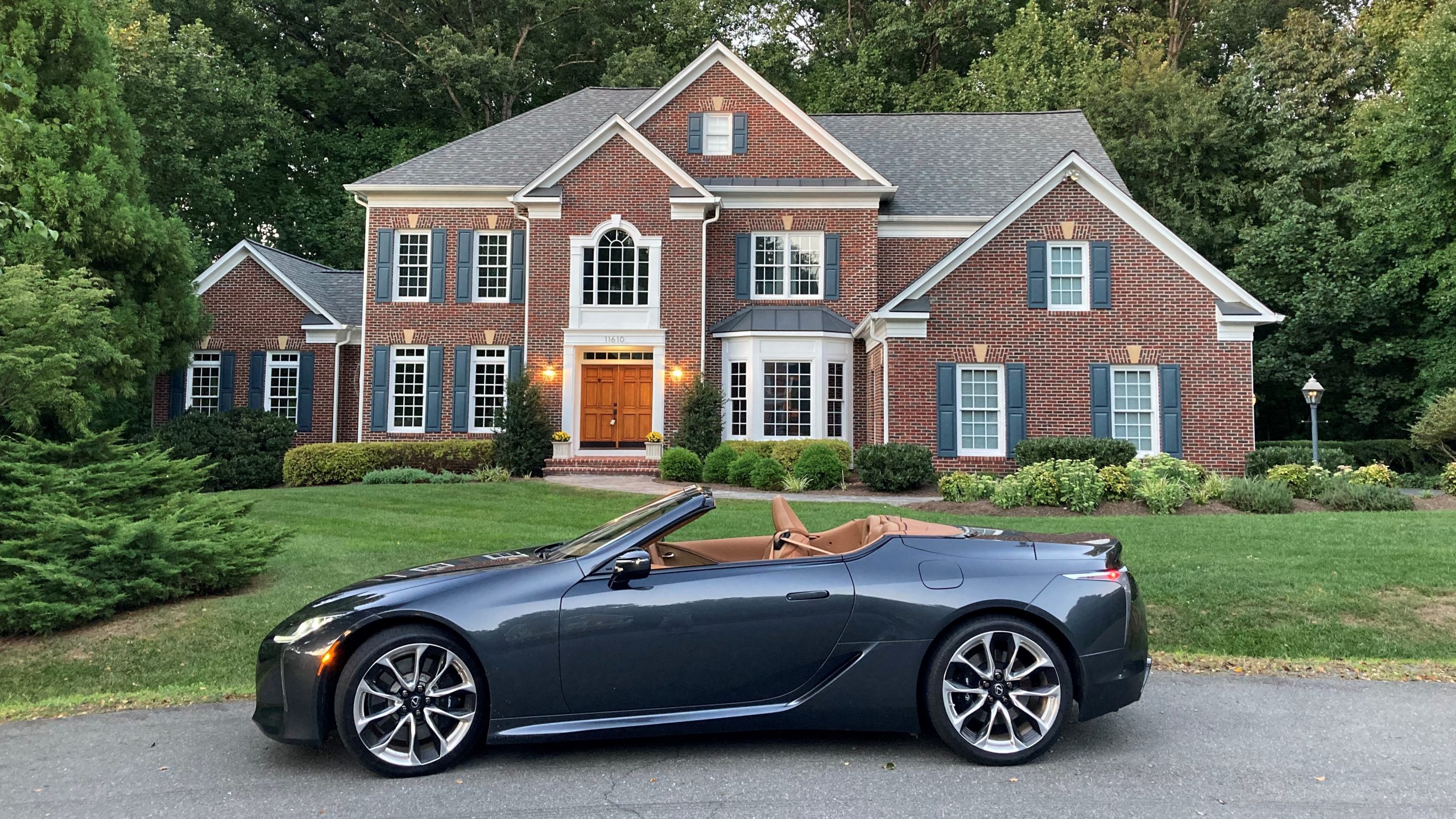 EYE ON THE PRIZE

These are, as you’d know and anyone can tell you, anxious times. Whether your anxiety is political or economic, over here or over there, our shared angst can be pervasive to the point of suffocation. And at a moment (reportedly post-pandemic) when people still lose jobs, go to bed hungry and die – by the thousands – of Covid, the Lexus LC 500, especially as a convertible, might seem little more than an irrelevant and expensive bauble. That’s what it would seem to me: Arguably the world’s most beautiful, expensive ($100K) bauble. But if I could be king, everyone would enjoy, along with universal health care and free college tuition, an LC 500 Convertible. From sea to shining sea.

Still relatively new on the Lexus showroom (and even newer in some zip codes – a friend in Dallas has yet to see one), the LC 500 Convertible is the droptop companion to the LC 500 Coupe, which was introduced in the spring of 2017 as a 2018 model. You can do the math: Despite its relative rarity, the LC 500 is a seasoned shape, one that – in the summer of 2022 – shouldn’t surprise but would still delight. Based, however, on an anecdotal study conducted informally by me (just driving around), the LC 500 Convertible can suck in even the casual enthusiast; positive reactions came from both a 6th grade girl in the dropoff lane and a landscape guy as I was pumping gas.

From the tip of its nose, which is graced by a modified version of the ‘spindle grill’, to the tip of its tail, the LC 500 – as either a coupe or a droptop – can be enjoyed as a static piece of sculpture or a rolling piece of vehicular architecture. And despite its expansive footprint, sitting on a wheelbase of 113 inches and boasting an overall length of 187 inches, the LC 500 drives small; not, to be sure, as ‘small’ as its Toyota stablemate, the Supra, but smaller than you’d think 4,500 pounds of Grand Tourer would drive. In fact, the Grand Tour is the reason for the LC 500’s being, and if you have a nice day that Grand Tour can be as simple as going to lunch.

Moving beyond the architecture, a step inside drapes you in conservatively executed luxury. The instrument panel remains conventional, the infotainment – all 10.3 inches of it – is housed in the dash and not added as an afterthought, while audio and HVAC remain largely intuitive. Everything you touch, from the steering wheel to the seats to the shift lever, feels tailored; this may be ‘off the rack’, but it’s one very nice rack. The buckets are supportive if you get aggressive, but also generously accommodating for your necessarily-large wallet. Obviously, with the top down visibility is unobstructed; with the top up, however, the glass area is more generous than a vintage Porsche Speedster (still on your short list), but far less than the Volvo wagon your mom used for school runs.

The +2 rear seating is another story; it failed the 9-year old test, even from our grandson Rhys, who feels small relative to the rest of his 4th-grade class. Better, we think, for a bag of groceries or small picnic cooler – they had no complaints. And if you want to double up, the trunk’s 3.4 cubic feet will comfortably carry the same: one grocery bag and one small picnic cooler!

Under the hood of the LC 500 is one of the better reasons to buy a performance coupe or convertible: the LC’s 5.0 liter, normally aspirated V8 that, as the press blurb accurately notes, “elicits an intoxicating note that beckons the driver to depress the throttle and bring the engine to life.” And yes, it does all of that, and in the convertible – with top open or closed – there’s more of the visceral excitement in the cockpit that, somehow, escapes the coupe’s more confined enclosure. The V8’s 471 horsepower (at a divorce-inducing 7100 rpm) reportedly gets you from 0-60 in 4.6 seconds, and propels you to a jail-inducing 168 miles per hour. Take that, Mister Musk!

Happily, the Convertible’s suspension is up to the task, having been tweaked to work with the droptop’s greater weight and weight distribution. These changes enhance – i.e., sharpen – the on-road dynamics, and successfully stick an almost permanent grin on the driver’s face. Your companion’s reaction will, of course, depend on your companion’s preferences – and the driver’s history.

In sum, the LC 500 Convertible delivers virtually everything you’d want from a performance GT in its platform, and dresses that platform with – in my semi-informed view – a timeless piece of architecture. I’d drive it ‘til I die, and then have my ashes interred in the trunk. Or, at least those ashes that would fit…in a small picnic cooler.