At txGarage, we try to focus our attention more toward enthusiasts and enthusiast cars. There’s always something to be said about a small hatch with a short wheelbase and a peppy engine, and as Jay Leno always says, “It’s more fun to drive a slow car fast.” We don’t see as many of the “hot hatches” in American dealerships when compared to the rest of the world, and even less in Texas, but that’s starting to change. We’ve reviewed some of the new hot hatches to hit our shores, including the Ford Fiesta, Chevrolet Sonic, Fiat 500, and many more.

The Yaris is one small hatch that’s been on sale here for a while now, and this isn’t our first experience in one. I’ve driven the 2010 Yaris sedan, and was extremely unimpressed. At the same time, I know many enthusiasts who sing the praises of the 3-door hatch. It seems that Toyota has caught on to the popularity of the hatch. For 2012, the Yaris can only be had in a 5-door or 3-door hatch; the sedan is no longer offered. So now that we have our hands on this 2012 Yaris 3-door hatch, what do we think?

Let’s start with the exterior. As far as Toyota and the Yaris go, it’s not a bad design at all. You can see the new Toyota front end taking shape and it looks like a leaner, sleeker design over the previous generation. When you compare it to the styling of other small hatchbacks on sale now, it’s a little bit of a different story. The Yaris compared to the likes of Hyundai, Chevrolet, or Ford now looks a bit dull.

Inside is a great improvement over the previous generation Yaris. The instruments have been moved into their proper location in front of the steering wheel instead of the middle of the dash. It’s all cheap plastic, but this is a pretty inexpensive car. The interior reminds me more of a Scion than a Toyota though. The stereo is inserted in just a way that replacing it for a better one would be easy. There is decent room inside this 3-door hatch. Driving position is comfortable. In the rear seat, there is a lack of legroom but you could squeeze two adults back there if you had to do so. Open the hatch and you get plenty of room for groceries and day-to-day items. If you need more room, the back seats do fold down. 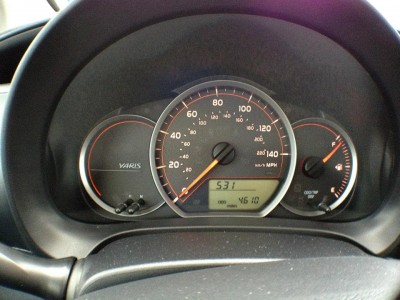 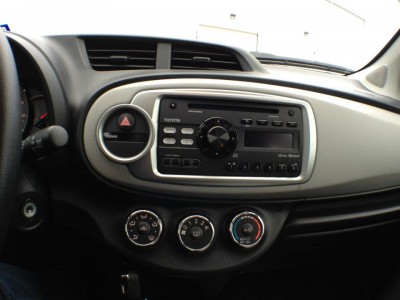 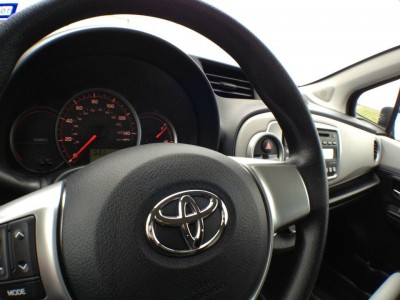 The biggest problem we found is the cheapness of the car. It might be expected when you’re spending your money on such an inexpensive car, but our tester had just over 4,000 miles and already developed an annoying rattle from the dash. Road and wind noise are pretty harsh as well. It could be excused, but there are so many other options on the market now. They might be more money, but could be worth it if you’re into a quieter ride and better build quality and materials.

So what happens when you’re ready to drive enthusiastically? Our tester was an LE trimmed Yaris. This gave us a 4-speed automatic transmission mounted to our 1.5-liter engine. We also had to settle for the 15-inch wheels. You could turn off the traction control, but as soon as you travel over about 25 mph it would re-engage automatically. There is still something to be said about having a short wheelbase and low weight, though. You could definitely have some fun when throwing it around corners.

If you’re really into the sporty ride, you’ll want to opt for the SE trim. This gives you a 5-speed manual and bigger, wider 16-inch wheels. It’s suspension is also tuned more toward sportiness, so cornering and wheel screeching should be much better in this trim. 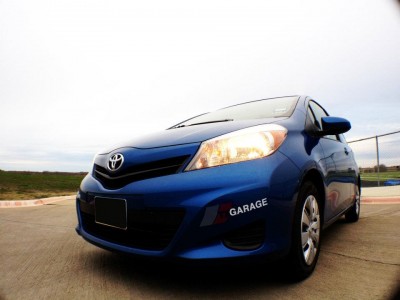 The powertrain is the same basic setup as in the previous models. This puzzled me as, like I said earlier, we had a 4-speed transmission. Most of the Yaris’ competitors are now being sold with 6-speed manual and automatic transmissions. If the Yaris was equipped with such a transmission, this car could easily hit the 40-mpg range. Unfortunately, you have to make do averaging around 32 mpg.

So would I buy one? No, but if I was a high school or college student I wouldn’t be embarrassed rolling in one. This car is made to be cheap to buy and cheap to maintain and it can be pretty fun when you really want it to be. Step up a little in price though and you can get cars with better design, better fuel economy, and much more fun. I’d definitely look at the Fiesta, Sonic, and Accent before pulling the trigger on a Yaris. 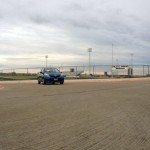 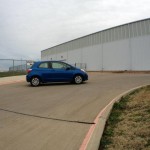 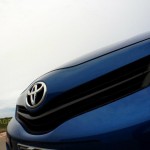 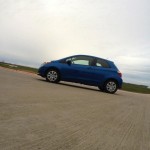 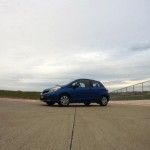 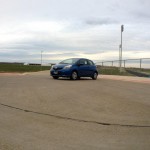 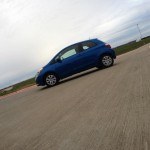 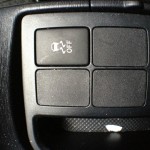 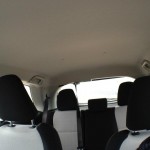 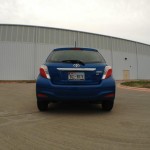 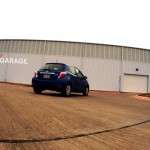 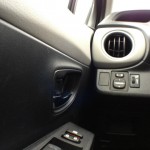 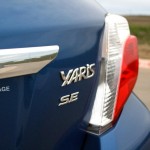 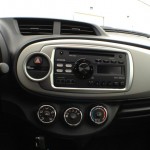 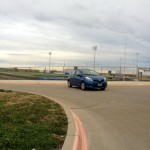 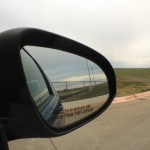 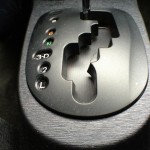 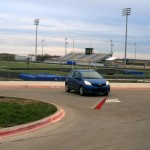 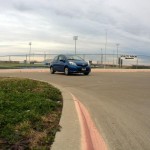 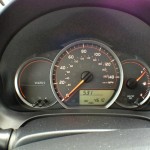 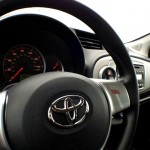