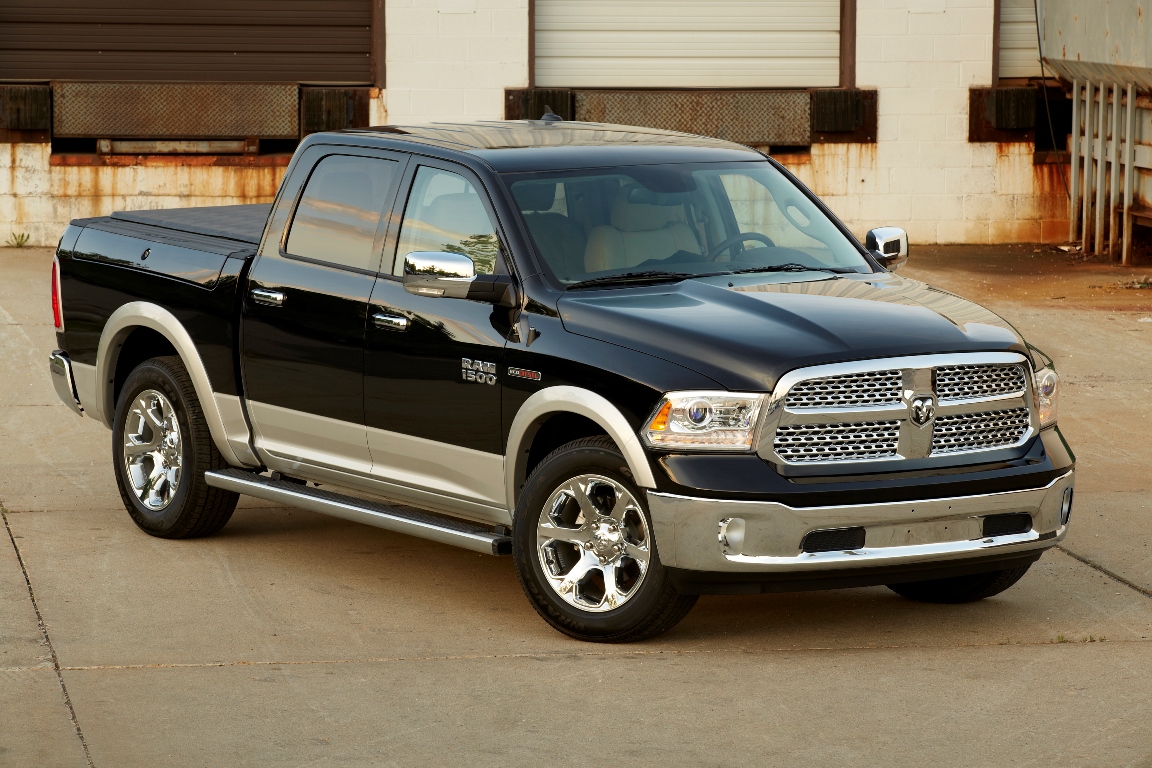 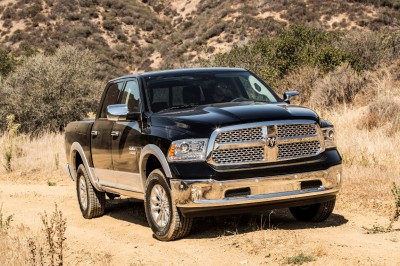 July 10, 2014 – Alberta is not only Canada’s pickup truck heartland, but also a province that has truly embraced Chrysler’s award-winning product lineup. Last year, one in every five vehicles sold in the Wild Rose province came from Chrysler Canada, with Ram Truck in particular playing a pivotal role in achieving the automaker’s number-one sales position inter-provincially. In fact, with retail sales up by 3,847 units over 2012, Ram Truck earned the title of, “Fastest-Growing Truck Brand in Alberta.”

As a way of saying thank you to Albertans for that support, Ram Truck and The Chrysler Foundation have partnered with Canstruction® to build a life-size replica of Canada’s longest-lasting, best-selling and most capable heavy-duty pickup at the Stephen Avenue Walk in Downtown Calgary during the city’s famed Stampede.

This very special 2014 Ram 3500 “Dually” is made entirely out of 25,000 canned and packaged food products, including tomato sauce, refried green and maple style beans, sardines and sliced olives. The design was spearheaded by Canstruction an international organization dedicated to raising awareness for hunger and poverty issues, while also shedding light on the importance of science, technology, engineering and math principals as well as community service.

More than 30 local high school and university students, ages 14 to 18 years old, plus Chrysler Canada employees, volunteered more than 10 hours with a “can do®” spirit to build the sculpture, which is on display July 9-13, 2014, including construction and dismantling.

Once dismantled, the food products will be donated to the Calgary Food Bank, which supplies supplemental banks and meal programs across the city. This donation will sustain eight different food hamper and distribution programs for people who rely daily on local food banks. According to the Calgary Food Bank, 129,948 families and individuals used the area food banks last year. That would equal 7,569,380 kg (16,687,615 lbs.) of food, which is enough to fill almost 209 18-wheeler transport trucks.

“This project provides us with a wonderful opportunity to give back to a community that has helped propel Ram Truck’s success in Canada over the years,” said Reid Bigland, President and CEO, Chrysler Canada. “With the generous help of The Chrysler Foundation along with Canstruction and the Calgary Food Bank, we’re proud to showcase a fun way for students to incorporate science, technology, engineering and math skills with the creation of this life-size Ram 3500 Heavy Duty truck structure. On top of that, these cans will go a long way to help fight hunger for those in need throughout Calgary.”

“Canstruction is honoured to again be partnered with The Chrysler Foundation,” said Nicole Zimmermann, program coordinator for Canstruction. “This initiative with the life-sized Ram truck is not only drawing in people who’ve probably never seen this many cans of food in one place before, but more importantly, it’s raising hunger awareness in the local Calgary area and beyond.”

This is the second Canstruction build undertaken by The Chrysler Foundation. To commemorate the 30th anniversary of the Chrysler and Dodge minivans, a life-size Dodge Grand Caravan Canstruction project was built in October 2013 at Yonge/Dundas Square in Toronto, Ontario. This build required 30,000 cans and 30 volunteers working more than 10 hours to complete.