“Ford research shows the majority of Americans would consider buying an electrified vehicle but do not yet understand the different technologies,” said Mark Fields, president of The Americas. “Highlighting the Focus Electric as a pace car is a fun way to educate consumers about the kinds of benefits our electrified vehicles deliver and show people our commitment to provide Ford customers the power of choice for leading fuel economy in the vehicle that best meets their needs – from EcoBoost-powered gasoline vehicles and hybrids to plug-in hybrids and full electrics.”

“Our fans are customers,” said Jamie Allison, director, Ford Racing. “And just like in racing, they expect both fuel economy and performance from their daily drivers, and that’s what Ford is delivering.”

The all-new Fusion range, which includes EcoBoost, a hybrid and the Energi plug-in hybrid version, is the best example of how Ford is giving customers true power of choice for fuel-efficient vehicles.

This year, Ford will offer nine vehicles reaching an anticipated 40 mpg or more. Plus, the company is building six new electrified vehicles by the end of this year.

Ford will offer fuel-efficient EcoBoost engines in 11 vehicles in 2012, up from seven in 2011, tripling the production capacity of EcoBoost-equipped Ford vehicles. This expansion of fuel-efficient offerings will be led by the 1.6-liter EcoBoost engine in the high-volume Escape compact utility vehicle and Fusion sedan.

Delivering up to 20 percent better fuel economy than conventional engines, EcoBoost uses smaller overall size combined with turbocharging and gasoline direct injection to bring customers the power they want and the fuel economy they need.

Ford was also first to use a hybrid to start a NASCAR event when the Fusion Hybrid served as pace car for the Ford 400 at Homestead-Miami Speedway in 2008 making this yet another groundbreaking marketing campaign for Ford and NASCAR. 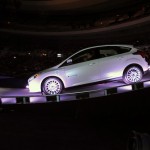 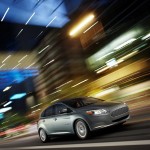 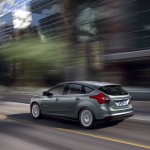 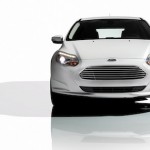 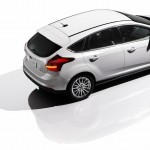 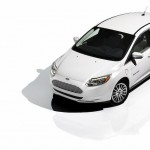 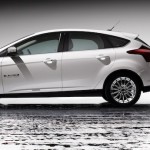 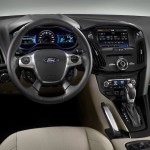 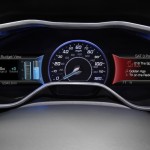 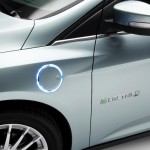 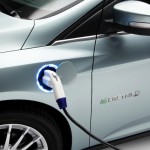 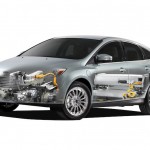 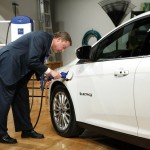 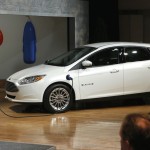 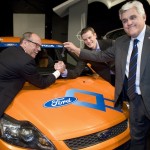