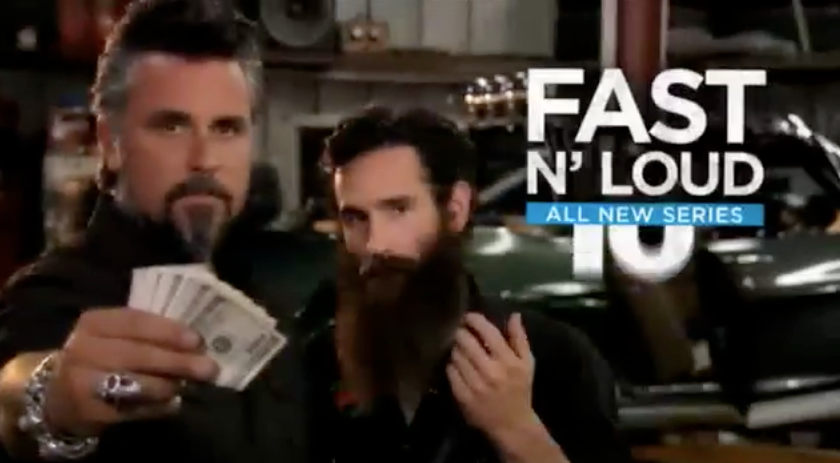 Richard Rawlings, a Fort Worth native car enthusiasts and owner of Dallas-based Gas Monkey Garage, will be the heading up the Discovery Channels new show ‘Fast and Loud’.


Fort Worth native and Texas car enthusiast Richard Rawlings and his “mechanical prodigy,” Aaron Kaufmann, will be the stars of the new show Fast N’ Loud.

The show will be based out of Dallas’ Gas Monkey Garage, which Rawlings owns. At Gas Monkey, Rawlings and Kaufmann restore junk cars, and turn them into cool, classic rides. They find material all over Texas at swap meets, barns, even open fields.

“Richard has always had an extreme passion for cars,” says the release. “He owned three hot rods by the time he graduated from high school, and even took a bullet in the early ‘90s fighting off a carjacker who tried to steal his ’65 Mustang 2+2 Fastback.”

Kaufmann, who is from Crowley, is referred to in the release as a self-taught restoration visionary who naturally fell into hot-rod work. There are a couple more guys on the show who apparently went to the same high school as Kaufmann that will make appearances on the show as well.