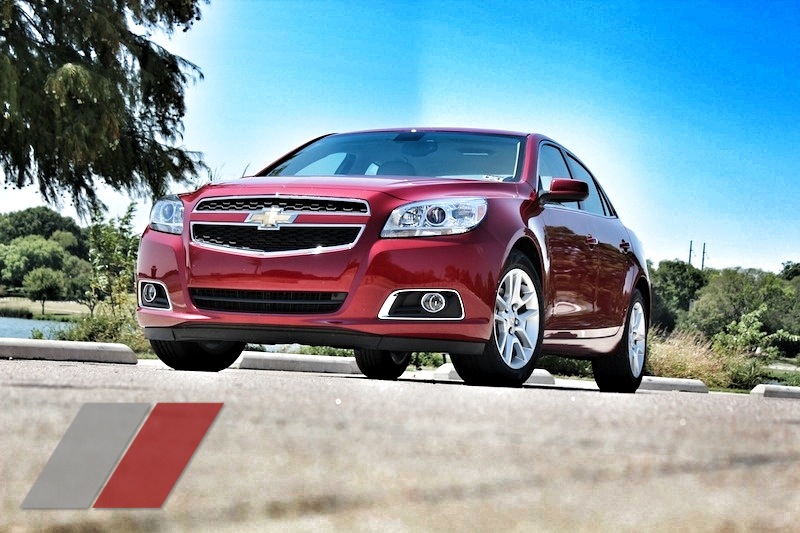 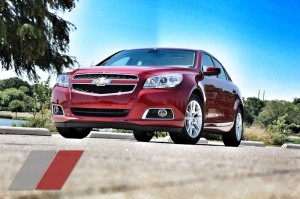 Many times when we drive and review a car, we could almost write the review before we even put our foot in the accelerator. It’s hard not to already know how a car will perform and behave just by knowing who manufactured it, what audience they are targeting, and what we’ve deciphered from press briefings. The reviews we really love to write, though, are the ones of cars that surprise us. Take the 2013 Chevrolet Malibu for example. The Malibu is the longest-running nameplate in the midsize segment. This 2013 is the eighth-generation. Never before have I driven a Malibu and been excited, and I’ve driven quite a few, so what would be different with this one?

In 2008, we began to see an awakening of sorts within Chevrolet, and to our delight we see a new Malibu built on a European platform. This is a move that has been desperately needed within Chevrolet for a long time, and now that they are focusing on less brands – by the somewhat controversial dropping of Pontiac and Saturn – and getting ready to restructure their business, they have been able to focus on making the Malibu competitive again. The redesigned body and new overall platform for the seventh-generation Malibu was a big step in the right direction, but it still didn’t excite too many people.

For 2013 and the eighth-generation of the Malibu, we see yet another upgrade. A more aggressive body with styling cues taken from the iconic Camaro. Then Chevrolet says that it will be more focused toward economy; so much so that the first model to debut in stores will be the Malibu Eco. This is what troubled me from all the initial media briefings. So once again, there is no enthusiasm built up for the 2013 Malibu.

This all changed within my first few hours of driving this car. The Eco model is the first Chevrolet to incorporate GM’s eAssist Technology. This is a 2.4-liter 4-cylinder engine matched to a 6-speed Hydra-Matic transmission assisted with a small, electric engine powered by lithium-ion batteries. It’s basically the same setup we had in the 2012 Buick LaCrosse we drove earlier this year. Some still criticize GM for sharing between brands, but sharing this technology is a good thing. 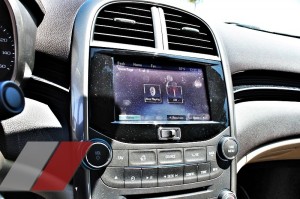 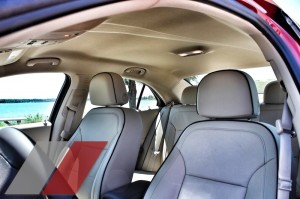 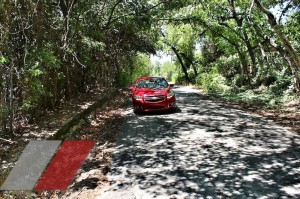 While GM says that this is the “most fuel-efficient Malibu ever” – and they are correct – it’s not a leader in it’s class. There are midsized sedans on the market that get better than the estimated highway fuel economy of 37-mpg you’ll see on the window sticker of the Malibu. Being an Eco car, we did our own economy challenge with this 2013 Malibu where we drove the Malibu on mixed highways, rural roads, and city roads. The trip from just outside Dallas county right into the heart of Dallas, during morning rush-hour, took us just under 26-miles and we were able to achieve an average of 35.6-mpg. That’s a pretty impressive number for the economy minded family.

I briefly touched on the updated design of the Malibu, telling you the marketing spin that it’s been designed with the Camaro in mind. While that might be marketing talk, the lines on the new Malibu are much more aggressive and sporty than any generation before it. The front grille and chin are pointed, you’ll find hard creases and lines through the hood and side panels, then swing around to the back and you’ll see the more styled and boxy taillights. It really is a sharp looking car, and we’re talking about a Malibu. Unfortunately, and maybe this is just the case for the Crystal Red Tintcoat exterior color we had, the car still doesn’t get noticed or pop-out in a crowd, although this could be a good thing.

So fuel economy and design are nice, but they don’t tell the full story about this car. It doesn’t fully explain why the car really surprised me and why I’m confident in saying that this is the best Malibu I’ve ever driven. What helps put it in perspective is the way the 2013 Malibu drives. The Malibu has always been a budget car. It’s been built around a price tag and made sacrifices to meet the price. This is the first Malibu I’ve driven that I can say doesn’t feel like they sacrificed to meet a price-point. The steering feels good and solid in your hands, making cornering more enjoyable and predictable. It reminds us more of European cars in this way. Road and tire noise are practically eliminated with more sound deadening and the use of higher quality materials. All this together has made the Malibu really stand out as it’s now a great highway cruiser, it’s great rolling through backcountry roads, and it’s efficient and easy to drive in the busy city streets.

There is a lot of competition in the mid-sized market and we’ve already stated some of our favorite cars include the Kia Optima, the upcoming Ford Fusion, and the Mazda 6. So is there still room for the Malibu to compete? We think so. It hasn’t been a big success in sales, but like we said earlier, the only model available as of yet is the Eco and our tester stickered out at over $29,000. As more models hit the showroom floor, consumers should absolutely cross shop this Malibu. We’d really like to see an SS variant, or something similar, as the new Malibu body looks sporty already. 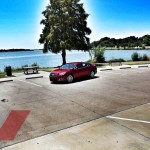 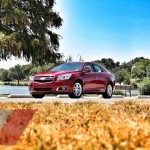 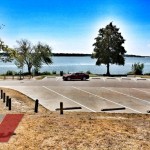 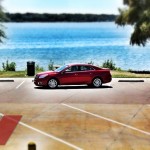 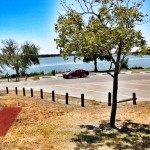 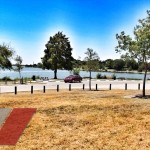 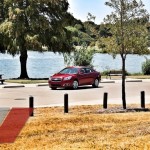 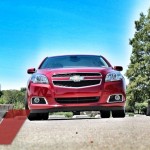 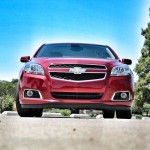 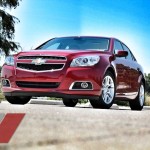 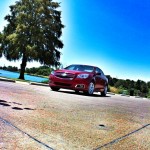 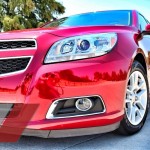 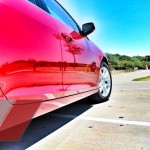 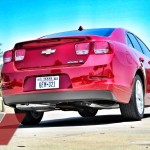 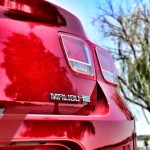 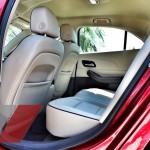 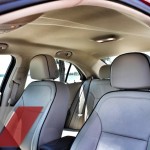 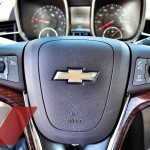 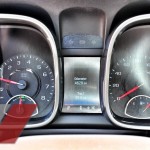 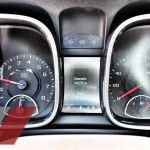 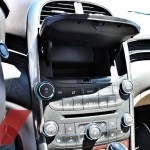 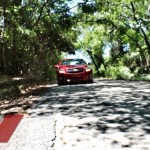 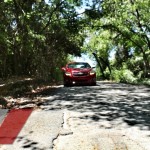 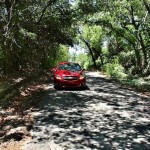