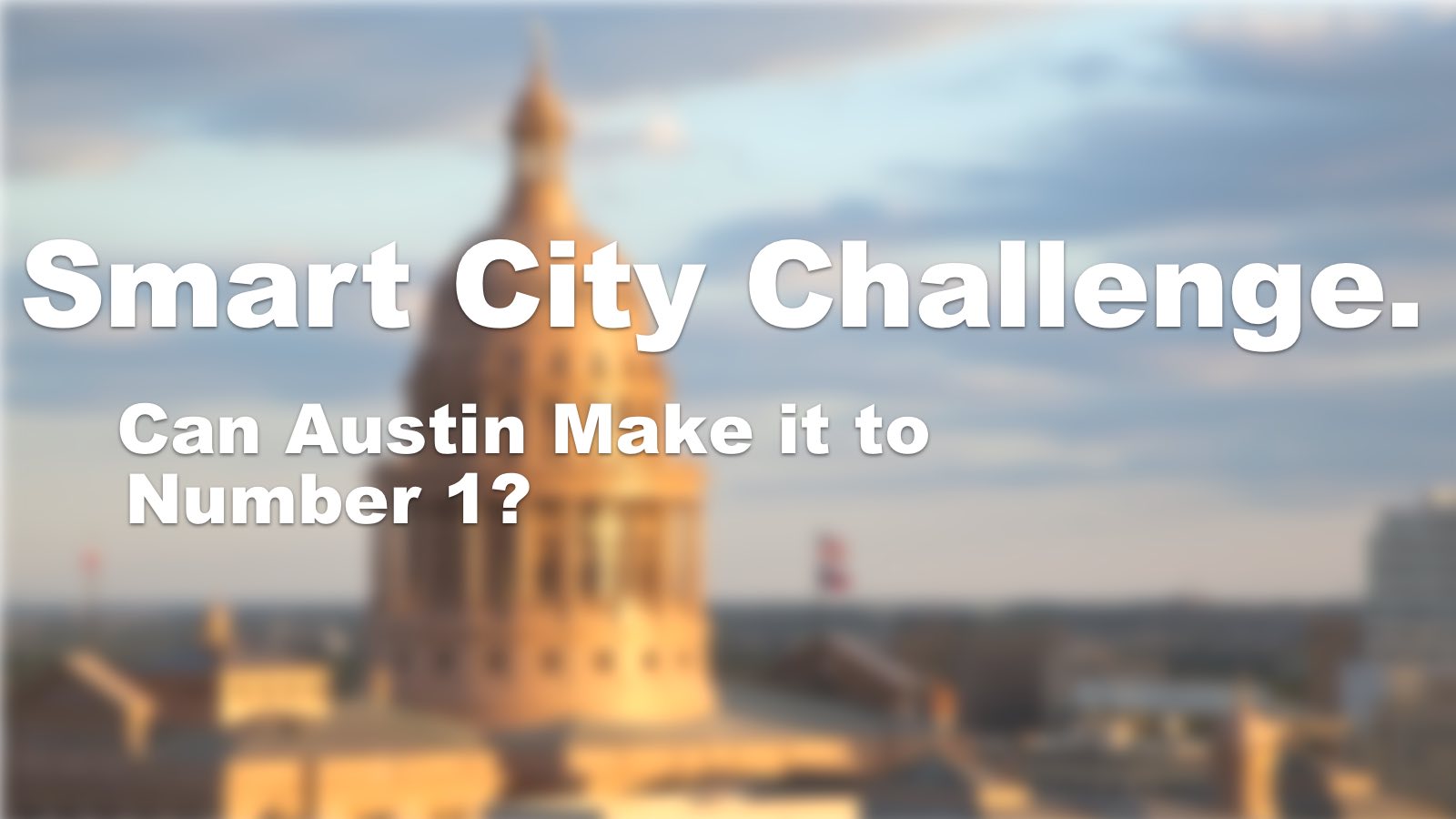 Austin is number 1 on a lot of lists. But right now, mayor Steve Adler of Austin wants to make Austin number one in the seven city playoffs of the USDOT’s Smart City Challenge.

Current US Secretary of Transportation, (and former mayor of Charlotte, NC), Anthony Foxx visited Austin again on Tuesday, May 17th, to emphasize what he felt was most important in the competition.

Foxx was in town, one week ahead of the May 24th deadline for submission of final proposals from the 7 competing finalist cities: Austin; Portland, OR; Denver, CO; Pittsburgh, PA; Kansas City, MO; Columbus, OH; and San Francisco, CA.

The winner of the competition will hopefully be announced later this summer, according to Foxx.

In this final week before proposals are due, the USDOT secretary is visiting all 7 of the finalist cities, meeting with the mayors and other local leaders in each one. Austin was number 3 on his schedule. Monday he visited Pittsburgh and Columbus. After Tuesday morning’s session in Austin, Foxx was headed to Denver.

The USDOT has pledged up to $40 million (funding subject to future appropriations), to help define what it means to be a “Smart City” by integrating innovative technologies such as self-driving cars, connected vehicles, and smart sensors into their transportation network, according to the USDOT website.

Unlike many meetings, that drag on and on, this meeting was limited to one hour and the clock was ticking. After everyone introduced themselves, that one hour had been reduced to only 45 minutes, the mayor reminded everyone. So it was Game On!

There were many people who had good ideas they wanted to share, and there was no shortage of mention of the fact that Austin is a tech savvy kind of town.

Plus, just about everyone officially associated with Austin was in attendance, seated around a huge improvised square table.

Anthony Foxx followed the intros with his view of what was needed to win, and he was pretty clear. Foxx said:

Then Foxx added, “it’s really more a question of how would you apply some of what’s available out there to really advance the goals you have as a community.”

-Lastly, can we think about a holistic vision of transportation?

A city that thinks about its entire community on the front end.

And there it was, the game plan. How to win the challenge. A roadmap, (pun intended), to securing $40 million to help Austin work its way out of, or at least start to work its way out of, the congestion it is faced with every day, and the transportation woes that bedevil the Capital City.

Is Austin a Smart City? Hopefully, we will find out this summer. Meanwhile, as sportscaster Werner Wolf used to say, “Let’s cut to the videotape!”

If you want to see the entire hour or just portions of it, here’s the link. Tell us what you think the key to winning the Smart City Challenge.
http://austintx.swagit.com/play/05172016-2098

Missed all the excitement from the past few week? Check out more of Alan’s post on this issue:
Continue Reading
You may also like...
Related Topics:austin, austin news, automotive news, News, texas car news, Texas News

What a Week! The UBER/LYFT Fallout Continues in Austin!
GO FISH! With Toyota at the TTBC
Event Calendar