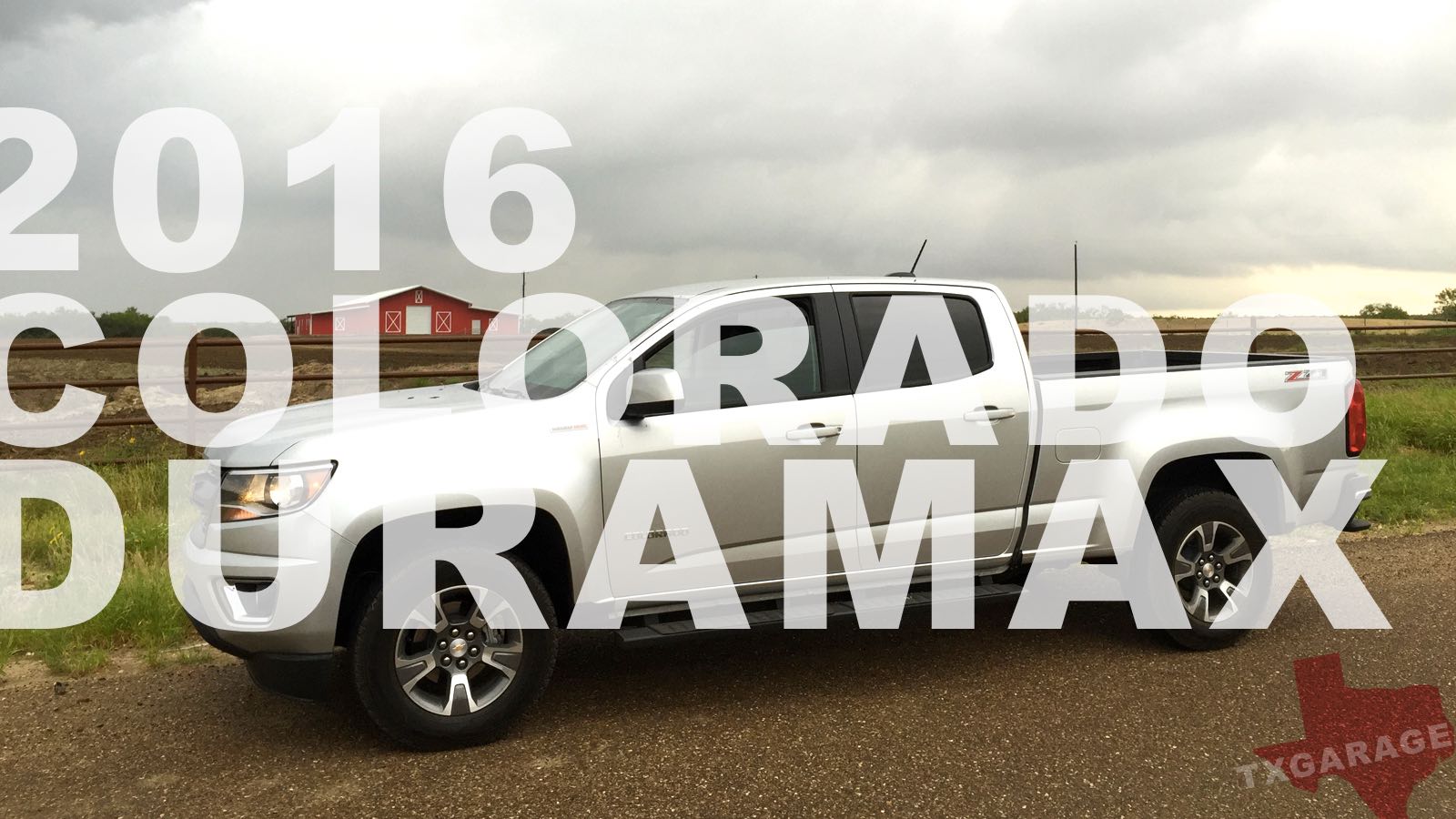 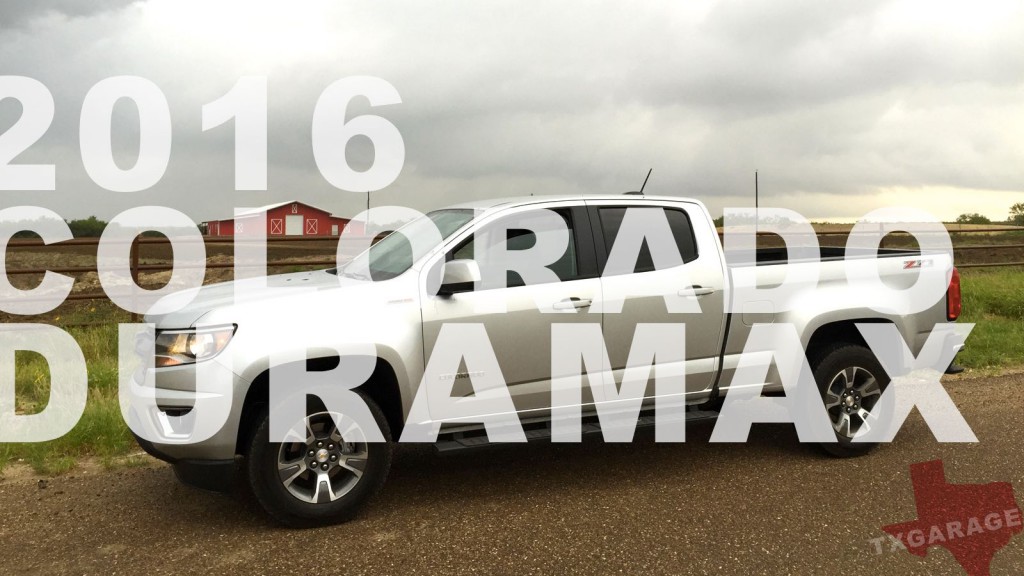 America loves the pickup truck, especially here in Texas. But why? Not everyone owns a cattle ranch, or needs to tow thousands of pounds of something on weekends, so why do so many people buy trucks? I think it’s psychological.

It has a sense of accomplishment just standing still, like an axe resting against a pile of chopped wood.

A truck is a vehicle that can do stuff. It can haul, tow, carry, go anywhere, and is tougher than a normal commuter car. It has a sense of accomplishment just standing still, like an axe resting against a pile of chopped wood. There are plenty of truck owners and enthusiasts who need a truck and use it to its full potential, but there are just as many other people who merely want a truck because they like them.

THE AC/DC OF TRUCKS: Friends who are truck enthusiasts say that although they like the Colorado they feel it is too small for their tastes, viewing smaller-sized trucks as the classic rock to their heavy metal. That’s where the new 2016 Chevy Colorado comes in. The Colorado is the perfect niche between the two. It’s hard rock, AC/DC!

EXTERIOR DESIGN: When I received the Chevrolet Colorado I was impressed by how good it looks; in short, a handsome truck. It is still new enough to be exclusive, which means you catch people turning their heads when you drive past them. It doesn’t have the massive grille that the full-size trucks have, which gives the Colorado a face to admire.

The Colorado’s body lines have been curved and smoothed from the small, boxy design from the previous Colorado. The profile is the Colorado’s good side – you can see the aero, wind-tunnel influence that sweeps across it to make it look streamlined. It’s a truck that grabs the attention of those who feel all trucks look the same.

One small detail I really liked was the side bumper steps which allow you to walk up the tailgate instead of having to jump or climb over to get into the bed. The tailgate feels like it is on hydraulics because it doesn’t slam down when you open it. When you let it go it begins to fall and you think it’s going to crash, but it stops itself just in time and gently rests down. It’s one of many little details that make the Colorado a pleasure to work with.

INTERIOR DESIGN: The automatic shifter was the first thing that caught my eye, because it seems out of place. I’m a traditionalist when it comes to pickups; I like having the shifter up on the steering column. However, it reminded me of the automatic shifters cars used to have in the 90’s and 2000’s. A fist shaped handle that you pull straight up and down. A nice throwback from the common Pac-Man like maze shifters you see in many modern automatics.

The reason behind this is to make the Colorado feel like you are driving a sedan, comfortable and effortless. The interior is spacious, with plenty of leg room in the rear even if the person in front has their seat back. The 8- inch display screen allows for clear visibility when looking through the back-up camera. But a side note: If the tailgate is down, the back-up camera will be facing down and you will not be able to see where you are going in reverse.

Everything in the interior is where you would expect it to be, so there’s not the awkward moment between your brain and muscle memory. I am so grateful that the Colorado uses knobs for the most used features, like the radio and A/C. Not having to mess with a touchscreen display to change to your favorite station is great for keeping your eyes on the road where they belong.

TECHNOLOGY: Remember when trucks were bare, essential vehicles meant to do a job and nothing else? A vinyl bench seat, gear lever, a steering wheel and that was it. Trucks have come a long way from being dumb brutes and the Colorado proves it with the amount of technology it carries behind the dash. It has Chevy’s MyLink audio system displayed on an 8-inch color touchscreen, which has Apple car-play capabilities. Satellite XM radio is also available and it has four different USB ports; two in the rear, one in the dash and one inside the center console. All these USB ports mean your passengers will be able to use the Colorado’s 4G LTE WI-FI Hotspot for all their Internet surfing devices. This particular model also came with a factory-installed Bose sound system.

THE SPECS: Often referred to as the “mini-Dura”, the Colorado I drove was powered by a 2.8 liter four cylinder Duramax diesel engine. This compact engine cranks out 181 horsepower and 396 lb-ft of torque, which was plenty for the Colorado to get up and go through city traffic. The 6-speed transmission shifts so smoothly that you won’t feel a gear change unless you step on the gas.

Max towing capacity for this truck, with four-wheel drive, is 7,600 pounds, more than enough for the weekend toy-hauler. I tested it by placing 1,200 pounds of hay in the bed and the Colorado didn’t even flinch as it stayed level and drove as if it wasn’t carrying anything. An exhaust brake and trailer brake controller means that the Colorado was built with towing in mind.

The Z71 off-road package allowed me to take it off-road and it had no trouble driving through the mud; this while getting over 500 miles out of the 21 gallon tank. I averaged 27 mpg throughout my road test, pretty good for a small diesel in a not-so-small truck.

THE WRAP: I like this truck. The price may be a little high, $42,000 and change for the one I drove. For that price you could invest in a Silverado, but that wouldn’t be the point. The Colorado isn’t a cheaper alternative to its big brother, but has built its own identity in the truck market. It’s a truck that won’t intimate but instead welcome people who want a truck but don’t want a massive full-size torque monster. I would recommend this truck to anyone who wants a vehicle that has room for the family and can feel comfortable in an urban environment, while still having the ability to tow a boat on the weekends to the lake. Or the rock concert.

Continue Reading
You may also like...
Related Topics:chevy colorado

2004 Chrysler Pacifica:
An Answer to a Question Few Had Yet Asked
Full Review of the 2016 Subaru Crosstrek
Event Calendar