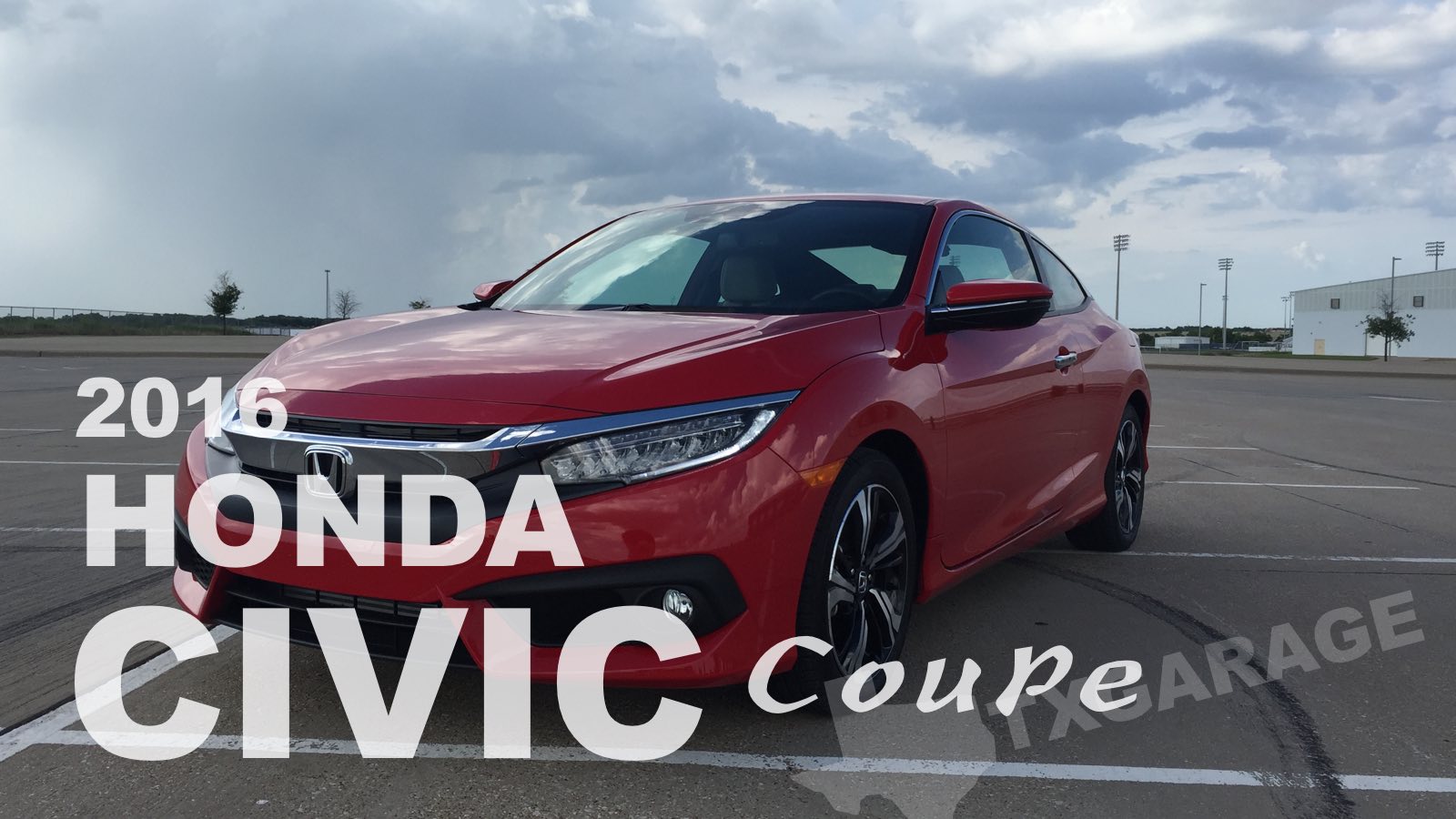 After driving and reviewing the new Honda Civic sedan in January of this year I was left excited. I was excited about the direction the vehicle was going and I was excited to see the coupe variants – especially the Si and Type R variants. During our annual Auto Roundup event a few months later I was not only able to see but to jump behind the wheel of a coupe. This was a base trim level with a manual transmission, a variant many young drivers would be looking at. Now I’ve gotten to spend a full week with a new Civic coupe with an automatic transmission, and I’m still pretty excited about it – here’s why. 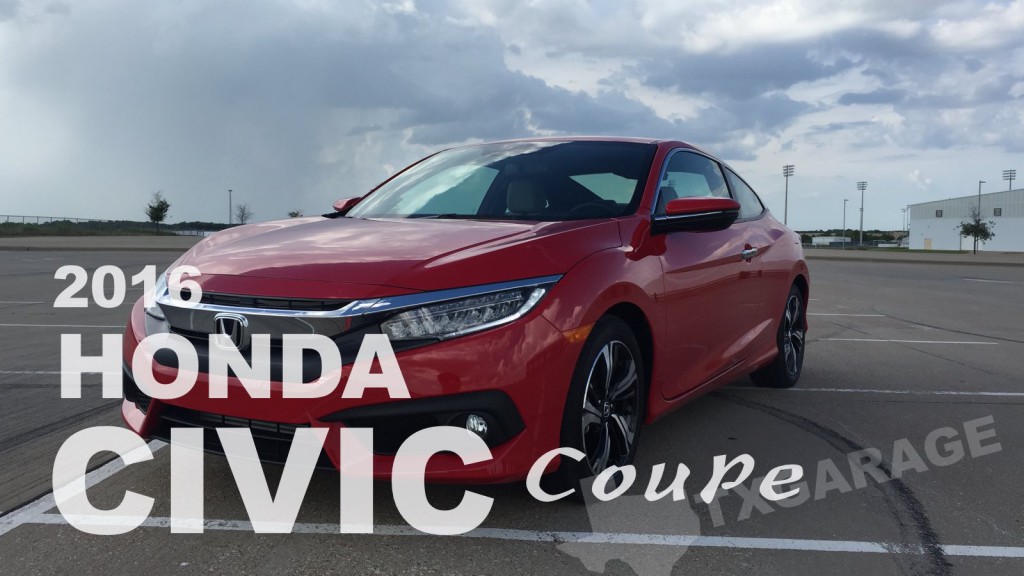 THE LOOKS: I really think Honda has nailed the exterior styling with all of the new Civic variants. The lines are more aggressive and stylized, with a larger rear end and an almost flat front nose. I like the chrome strip going from above the headlights to the front grille and the Porsche-like opening at the front of the hood. The rear may be big and bold but it works for sporty. The bracket-like taillights go up and over the trunk and form into a small spoiler, almost looking like a hatchback but it’s not.

INTERIOR UPGRADES: As mentioned in my review of the sedan, Honda has finally tossed out the stacked, digital gauge cluster and opted for a more traditional instrument panel. I think it looks great and serves the driver well. The rest of the interior is much the same story. The leather seats were comfortable and looked great with a two-tone design. All of the materials through the cabin felt fine, and everything functioned well.

UNDER THE HOOD: Currently, the Civic coupe is offered with either a 158-horsepower 2.0-liter normally-aspirated engine or a 174-hp 1.5-liter turbocharged engine. Both engines can be matched with a Continuously Variable Transmission (CVT), but only the 2.0 is available with a 6-speed manual. The 1.5-turbo is rated at 31-mpg city, 42 highway, and 35 combined mpg. The 2.0 has similar ratings with a 41-mpg highway rating.

So it looks good on the outside, has been much improved on the inside, and has new and exciting powertrains…but how does it drive? Much like the Civic sedan we tested, this coupe handled really well. This is definitely something Honda had in mind while reviving the car and it shows. Our short time driving the manual transmission at our Auto Roundup event left us wanting a more tactile shifter, much like the one found in the Toyota 86/Scion FR-S, but Honda’s manual is still a decent option and felt better than other Civic manuals I’ve driven in the past few years.

The 1.5-turbo is definitely the way to go, though, even with the CVT. Honda seems to really have found a sweet spot with the mapping of their CVTs and it shows in this application. Would I still prefer to row my own? Of course. But as far as CVTs go, this one isn’t that bad.

THE WRAP: The Civic has always been a great bargain, but now you don’t have to ‘settle’ for a cheap car. The base price is $19,050 and our tester, a Touring trim with the 1.5-turbo, had a total price of $26,950. I really enjoyed my time with the Civic and that’s more than I could say for years about this car. If it were me I’d look at either the LX (base trim) with a manual or the EX-T with the 1.5-turbo. I’m also anxiously waiting to get behind the wheel of the Si or Type R variants; they should be exceptionally good upgrades to this generation. If you’re looking for something to compare this car with, you may look at the Hyundai Veloster or Elantra – both are really good vehicles serving two different segments. You may also look at the new Nissan Sentra and upcoming Sentra SR Turbo. Of course, we’re also big fans here of the Ford Fiesta ST; it’s right around the same price range.