Do you remember, just one day after this year’s national election, President Obama’s outreach to President-elect Donald Trump? Obama’s immediate acceptance of the election results, despite his nonstop criticism of Candidate Trump prior to the election, was an obvious attempt to both confirm the democratic process and (perhaps) stop the bleeding from the increasingly partisan vitriol. Although we’re not sure it’s worked, you can’t blame him – or can you? – for trying. 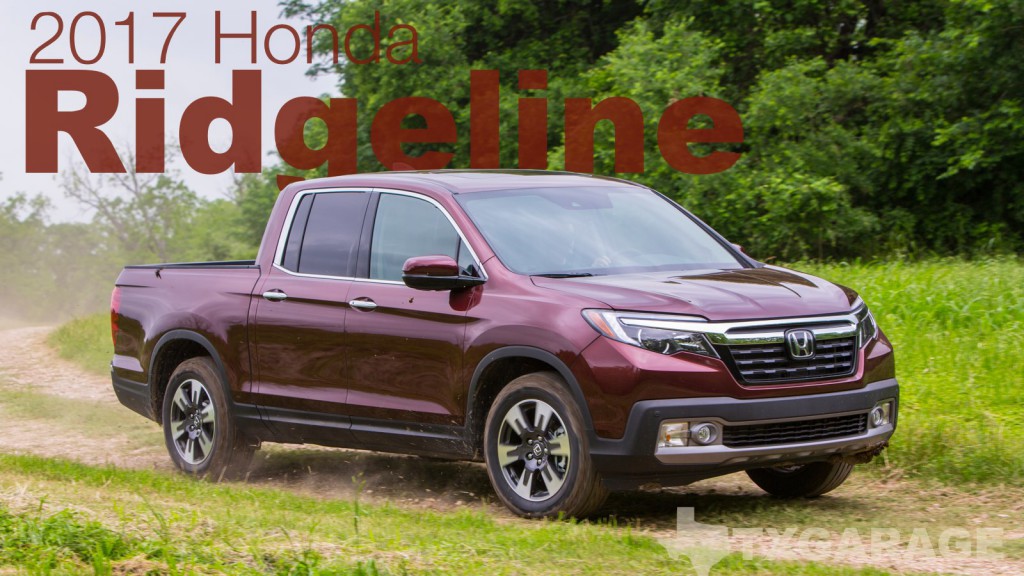 There’s a parallel in the automotive universe: Honda’s all-new Ridgeline. You didn’t see many Hillary stickers on pickup trucks, and historically we haven’t seen many truck buyers in Honda showrooms. Honda’s engineering ethos has, since its inception, been efficiency; it’s hard to be efficient when a vehicle weighing almost 5,000 pounds is designed to tow 5,000 pounds. And while today a shopper might want a Pilot on one side of his or her garage and a pick’em-up on the other, just a decade ago it was probably a CR-V on the one side and a Civic on the other. With its newest Ridgeline, Honda’s trying – credibly – to bridge the partisan gap between those needing a pickup and those seeing no need (ever) to own one.

In Honda’s parallel universe, the engineering team starts with essentially the same platform underpinning Honda’s 3-row Pilot and Odyssey minivan. That makes the new Ridgeline a unibody – and that, of course, runs counter to virtually anything and everything co-existing at the Home Depot. The advantages to the unibody are many, although the most significant is probably Honda’s lack of a manufacturing facility to assemble body-on-frame platforms. But with the Ridgeline’s unibody Honda offers a lighter and stronger structure for any given weight, along with a (typically) lower step-in, and a more expansive interior once you’ve stepped inside.

In the first Ridgeline it was obvious we were looking at something different, as buttresses composing what the industry terms the C-Pillar swept down at an angle from the cab’s backside to the bedside – in a nanosecond you knew this wasn’t your uncle’s Ram. For 2017 the design team hit the reset button; visually, you’d think the bed area of the Ridgeline was a completely separate entity – except it ain’t. It does, however, constitute one of the most versatile bed’s in the business, with an in-bed trunk (trunck?) providing over seven cubic feet of secure storage, along with a drain – presumably to keep your non-alcoholic beverages iced down. And this trunk is easily accessible via Honda’s dual-action tailgate; the Honda geeks – not surprisingly – have thought (thunk?) of everything.

When not arranging things in the bed you might get behind the wheel, and there it’s everything you’d expect a Pilot-or-Odyssey-with-a-bed to be. The cabin is wide, and the controls – steering, braking and throttle – are essentially benign. As is the case with most press vehicles, our test vehicle was a hard-loaded RTL-E, which is just one step below Honda’s Ridgeline ‘Black Edition’. And if, while driving my ’79 base Civic almost forty years ago, someone had told me Honda would be building a ‘Black Edition’ pickup I would have been rolling. And reeling.

Back, then, to the drive. With 280 horsepower propelling all four wheels through a 6-speed automatic, you’re not going to win any pink slips with this, but acceleration is smooth and merging onto most freeways at most speeds is relatively free of drama. But that is when the Ridgeline is empty. Put four of your fast food friends in with you, along with something (four more fast food friends?) in the bed, and the Ridgeline would/could/should feel strained. Regard the new Ridgeline as a light-duty adventure vehicle and you’ll be fine. But if you want to tow 22-feet of anything a conventional pickup – even a midsize conventional pickup – will do a more credible job.

In the RTL-E you get the leather of the RTL, the USB Audio Interface and Apple CarPlay of the RTL-T; the ‘E’ supplies Honda’s AWD, Honda Sensing suite of safety and driver-assistive (a-s-s-i-s-t-i-v-e!) features and blind spot information system. It, in short, is everything you need for your suburban errand running or weekend trip to the farm, lake or mountain retreat.
For the close-in suburbs – or, for that matter, closer-in urban environs – we wish the platform was based on Honda’s CR-V rather than 3-row Pilot, as a CR-V-based midsize pickup would be far more maneuverable and not significantly less practical. In driving the Ridgeline back-to-back with our family’s ’06 Grand Cherokee, the Jeep seemed more agile – and the Jeep’s anything but agile.