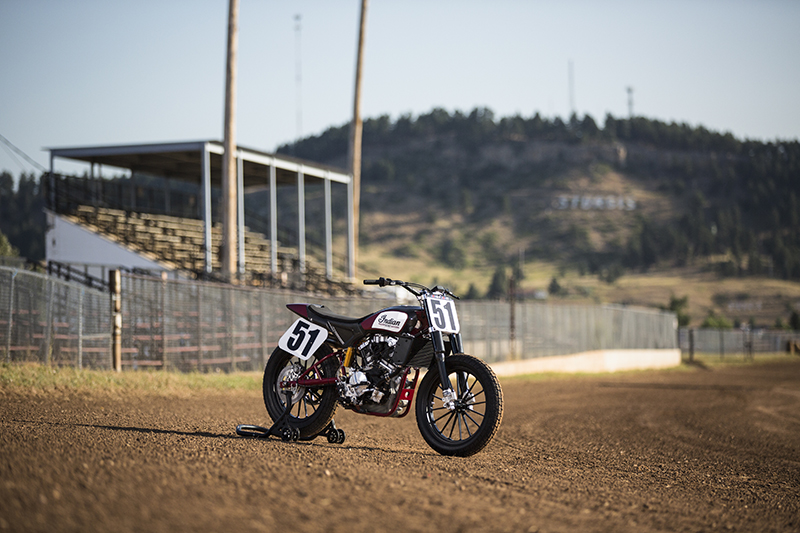 The rich – as F. Scott Fitzgerald would almost eagerly point out – are different from you and me. While we’re reading about Indian’s new flat track race bike, recently announced and available for around $50K (you’ll still need a wrench – and parts – and b*lls…) there’s some guy doing a wire transfer to his Indian dealer and buying (yeah, BUYING) the d*mn thing. What could Gatsby do to become even greater? He could navigate this particular Indian – on dirt – in full-bodied anger. Indian’s release is below, and your Indian showroom is as close as Google. Or AOL. Or whatever…

“Since its debut, feedback on the Scout FTR750 has been overwhelmingly positive, with unbelievable interest and demand for the bike,” said Gary Gray, Product Director for Indian Motorcycle. “The bike’s availability to all race teams will help further establish Indian Motorcycle’s presence in American flat track racing.”

For purchasing information on the Scout FTR750 race bike, stop by an Indian Motorcycle dealer. To find the nearest location, visit IndianMotorcycle.com.

ABOUT INDIAN MOTORCYCLE®
Indian Motorcycle, a wholly-owned subsidiary of Polaris Industries Inc. (NYSE: PII), is America’s first motorcycle company. Founded in 1901, Indian Motorcycle has won the hearts of motorcyclists around the world and earned distinction as one of America’s most legendary and iconic brands through unrivaled racing dominance, engineering prowess and countless innovations and industry firsts. Today that heritage and passion is reignited under new brand stewardship. To learn more, please visit www.indianmotorcycle.com.