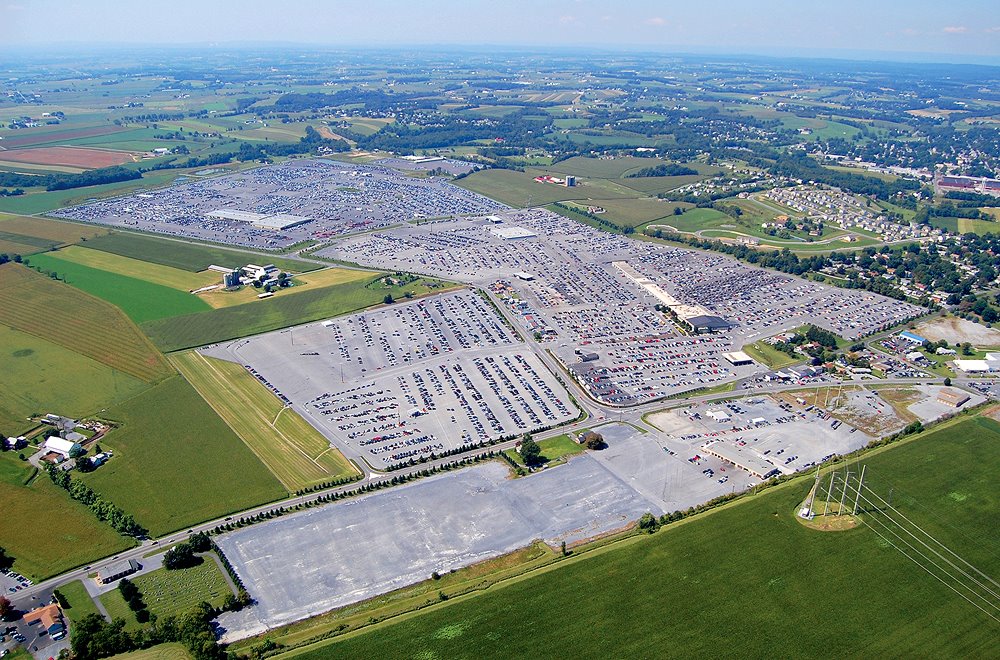 Manheim, PA – Car enthusiasts will know Carlisle, the Pennsylvania burg known for Chrysler, Corvette and Ford get-togethers. And there’s Hershey, home of a now-iconic AACA (Antique Automobile Club of America) swap meet and the AACA Museum. You may not know, however, of Pennsylvania’s other automotive get-together, this one taking place 50+ weeks a year. It’s the Manheim (Pennsylvania) Auto Auction, sitting on 500 previously-rural acres and selling 1,000 vehicles – per acre – annually.

With a focus – even on this site – that is biased to the new car and truck market, it’s easy to overlook used car sales, especially with the extra work involved in the form of car history checks and background ownership history reports.

In an annual market of 50 million cars, trucks and SUV sales, the used vehicle market represents fully two-thirds of that 50 million, if you still do not have you own car we recommend you to take a look to this used car buying guide.

Like FCA’s civilian Jeep, Manheim has been doing this since the end of World War II. And while the company’s media conference here didn’t give us an in-depth look into the company’s 70+ year history, things must have been interesting in 1945, with automobile plants not yet converted to peacetime production, and those cars still crawling around doing so on 4-year old tires. Today, Manheim throws an all-new ballgame.

Roughly two hours – via Maryland – from the northwest corner of DC, the area surrounding Manheim’s facility is closer to Cabbage Patch than Cadillac. This is farm country with, in early August, corn stalks taller than your lifted Silverado is high. But as we approach, I’m reminded of the inland port in Midlothian (TX), serving as a distribution point for several import carmakers. Manheim is nothing but asphalt – and cars parked on that asphalt – for as far as the aging eyes can see. The size and scope of the place is utterly crazy.

Inside the Manheim lobby things are relatively serene. A visitor is greeted by a Lexus LC500 serving as the lobby’s centerpiece, adjacent to a welcome area staffed by – as you’d hope – welcoming staff. And those Manheim employees just inside the door seems to set the tone for the entire operation. There’s business to be done, but that doesn’t preclude a smile and a ‘how ya’ doing?’.

After remarks by Cox Automotive (Cox is the corporate parent of Manheim since 1968, and also owns both Kelley Blue Book and Autotrader) inventory solutions president Grace Huang and Cox Automotive’s chief economist Jonathan Smoke, it was left to Manheim’s general manager, Joey Hughes, to give us the lay of the land. In a nutshell, Manheim Pennsylvania has 36 lanes of organized chaos, with each and every lane showcasing one car every sixty seconds.

With so much inventory, there aren’t the dozens of prospective buyers milling around each vehicle as I might have expected. Since – as I’m often reminded – this is the 21st century, many bidders participate online, while a handful make the point of obtaining an ‘own eyes/own hands’ appraisal. In one lane there’s even a young 20-something measuring paint depth on as many body panels as she has time for.

And if you wonder where the inventory comes from, know that a large contributor to the hyperactivity is the returned lease vehicle. With so many cars leased in the affluent northeast – you know, the Wall Street crowd and high-tech movers and shakers – an auction site like Manheim not only serves as the liaison between seller and buyer, it also serves to redistribute inventory from the saturated Northeast to metro areas in the Mid-Atlantic and South.

The variety of cars is fully equal to the crazy pace. Mr. Smoke tells us Nissan’s Altima is Manheim’s #1 seller by unit volume, and that – on some level – is predictable. Not in my forecast were the two late-model Bentley Continental GTs, the handful of Lamborghinis or the Maserati coupes. Obviously, off-lease or trade-ins like these need to find a home, but I didn’t think their ‘adoptions’ would be completed on a large acreage in rural Pennsylvania.

And the Bentleys, Lambos and Maseratis are the tip of the proverbial iceberg. Row upon row of near-new Benzes and BMWs compete with Audis, Jags and Land Rovers. And if you needed confirmation that the country’s 1% are doing well, look no further than the condition of their castoff automobiles – this is 500 acres of near-new luxury.

Despite the less-than-savory rep of the pre-owned industry as a whole, at Manheim a high-quality inventory seems appropriately served by the staff’s commitment to ethical business practices. The team at Manheim won’t represent what they wouldn’t buy themselves. And if a vehicle is presented for sale with some obvious needs, comprehensive reconditioning and/or repairs can take place right there, in the shadow of Hershey and just a short drive from Carlisle. 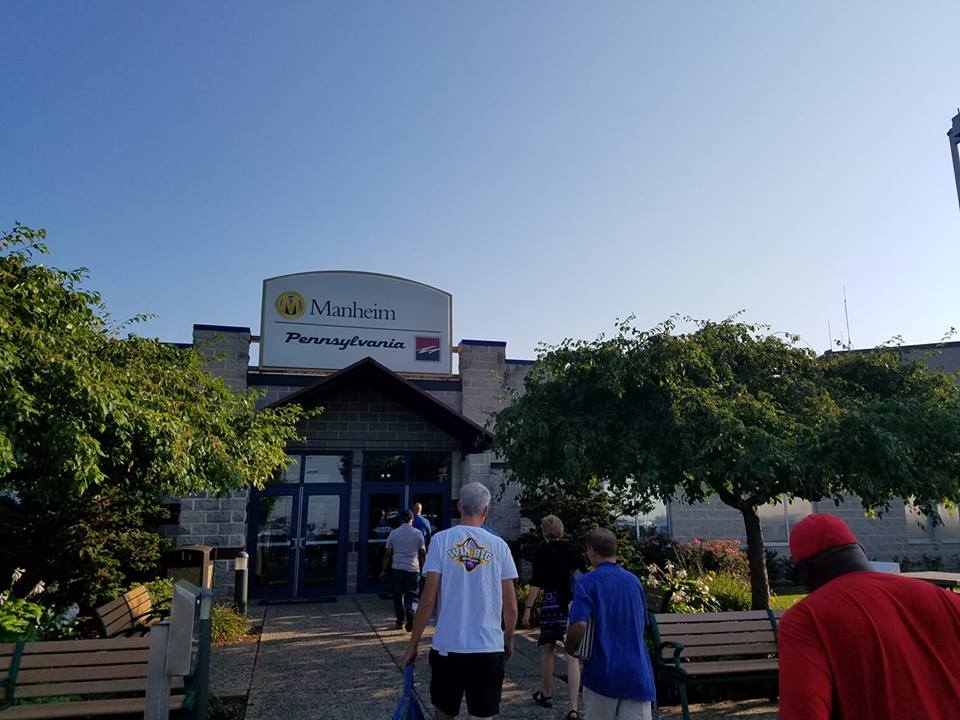 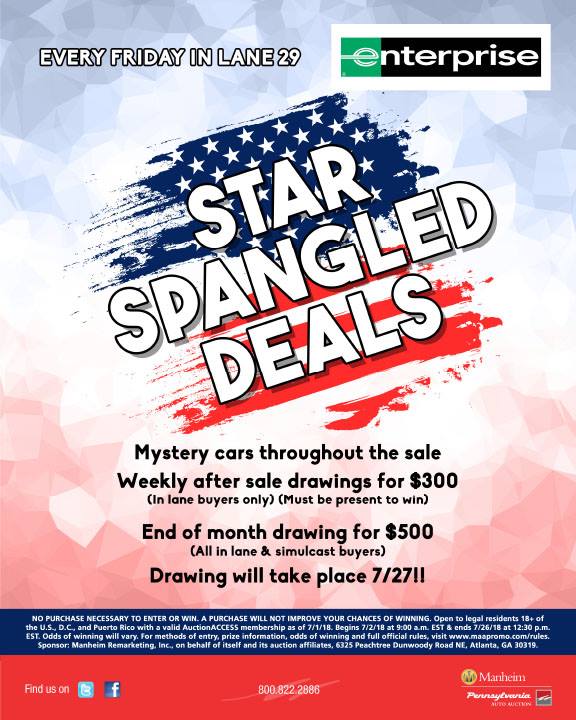 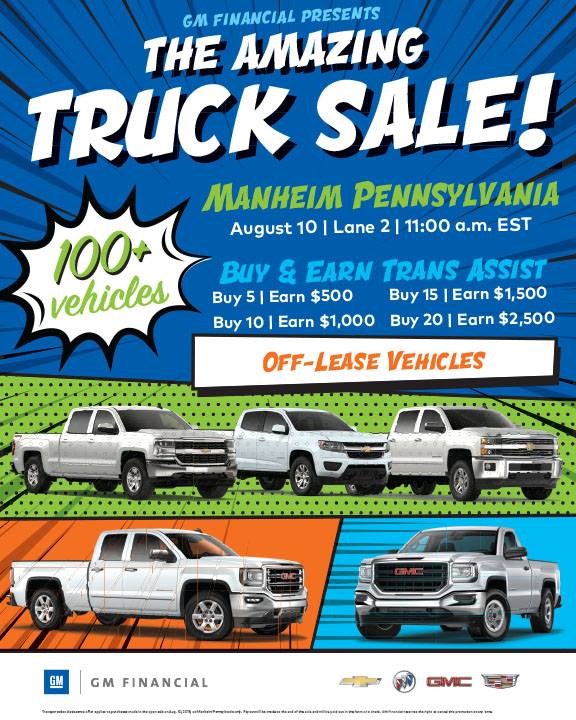