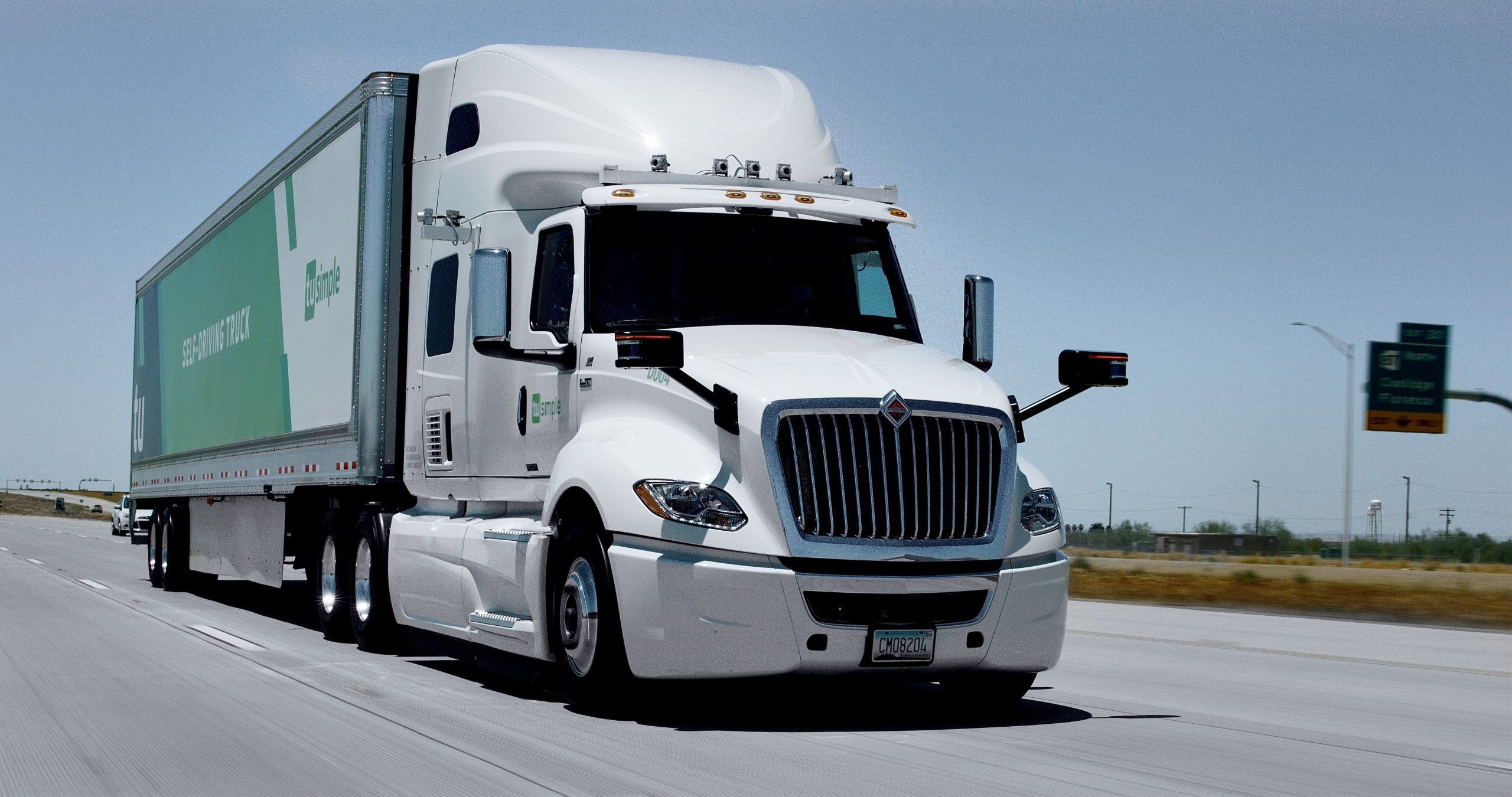 freight network toward the Texas Triangle

TuSimple is an autonomous freight network with a complex goal that’s anything but simple. As a global company with U.S. corporate offices in San Diego, TuSimple plans an autonomous network supporting driverless Class 8 freight haulers that will travel coast-to-coast across Interstate 10 in 36 hours at 10 percent less fuel consumption than standard, driver-operated big rigs.

In this scenario, which would take place in the not-too-distant future, trucks outfitted with TuSimple’s Autonomous Vehicle technology are moving goods from the massive ports in Southern California to terminals along Interstate 10 before reaching the port in Jacksonville, Fla.

At that point, the truck would be unloaded, then reloaded and refueled for the return trip west. Company officials say the target on the timetable for this cost-to-coast, terminal-to-terminal goal is the end of 2022, or just two years from now.

Today, TuSimple trucks stop at terminals in Arizona, New Mexico and into Texas at El Paso. Now the company has concrete plans to advance toward Dallas-Fort Worth and continue eastward. But in order to achieve this goal, TuSimple is taking an approach comparable to the instructions for eating an elephant or a Thanksgiving meal: one bite at a time. First course is establishing a presence in the Dallas-Fort Worth area.

With a Texas regional goal of mapping its network to serve the “Texas Triangle,” home of the state’s four largest metropolitan areas — Dallas-Fort Worth, San Antonio, Austin and Houston – TuSimple and its freight customers will be exposed to  the majority of the state’s population of over 29 million people. Additionally, Interstate 10, Interstate 35 and Interstate 45 connect these cities.

In fact, TuSimple just announced in October that it would break ground in November on an operations hub in the sprawling 27,000-acre AllianceTexas mixed-use development. AllianceTexas is already home to more than 500 companies and retail businesses, located along Interstate I-35W, just a stone’s throw from the Texas Motor Speedway.

TuSimple’s new facility in AllianceTexas will consist of autonomous truck operations, service and administration with technology bays and office space. The facility is scheduled to be up and running by March, 2021.

But do not expect to be scared shirtless from the sight of unmanned big rigs with empty cabs hauling arse and passing you on I-35W. The vehicles today, in their testing phase, travel with a professional, experienced driver at the wheel ready to take over operating the vehicle due to any unforeseen circumstances that may occur. Also on board is a TuSimple engineer in the passenger seat monitoring the AV technology.

TuSimple emphasizes that its technology is not an attempt to take away the jobs of drivers. It estimates that at an average age of 55 for the long-haul drivers in the United States, driverless technology will help with the driver shortage that has been an issue in the industry for years.

“We foresee a gradual and natural transition to autonomy, especially with shipping along highly repeatable routes over the highway,” said Jason Wallace, Marketing Director for TuSimple.

In addition to its announcement to build a logistics hub in AllianceTexas, this has been a busy year for TuSimple. The company announced in July that it would develop autonomous trucks with Navistar. In September, Volkswagen’s heavy truck division announced that it was investing in TuSimple.