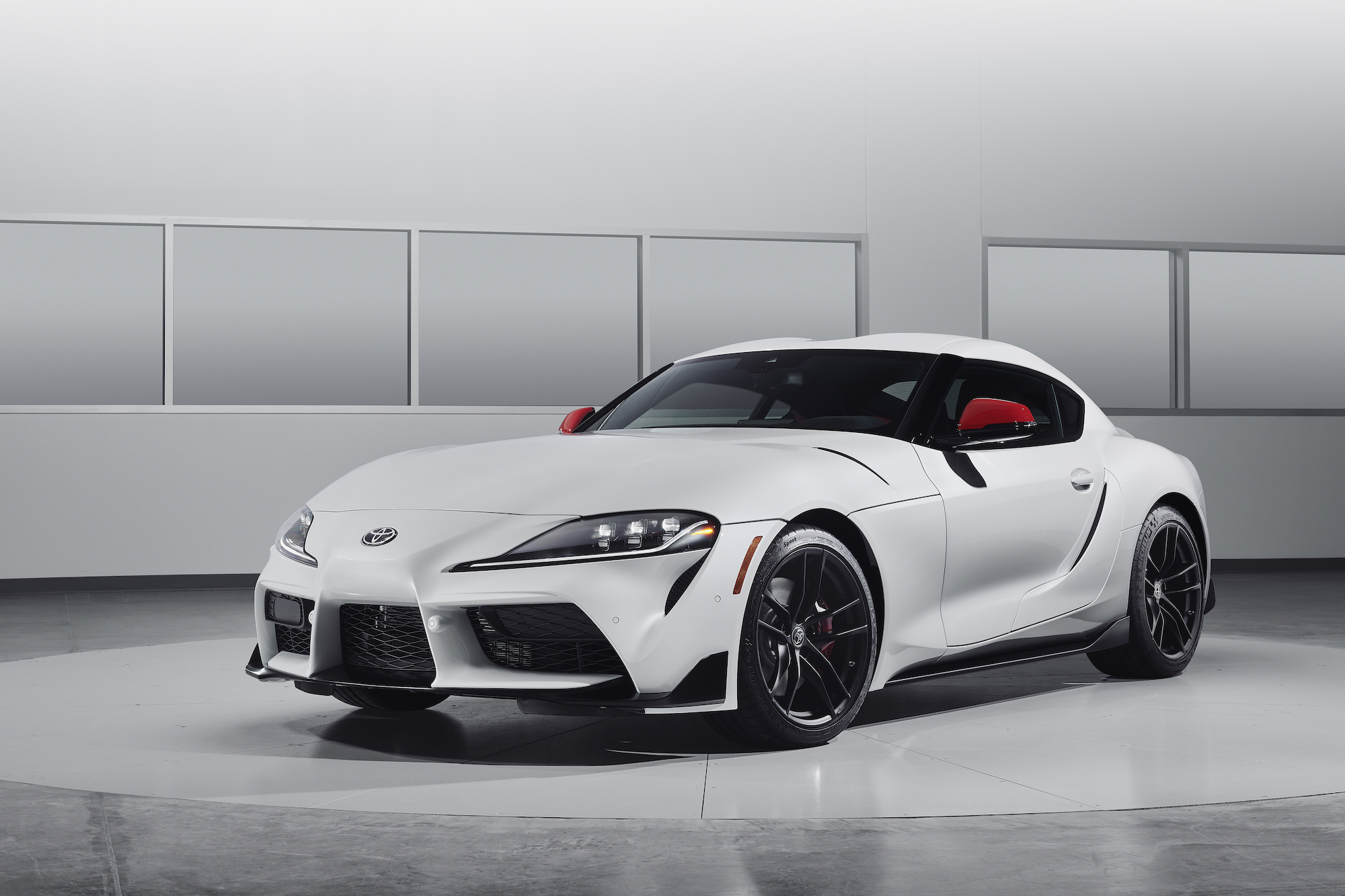 Thanks to the 2001 Fast n Furious movie bump, we’ll never know how popular Toyota’s Supra really is. Just last week a low-mileage example of a 4th generation Supra went for triple digits at auction. The last Supra rolled off the assembly line in 2002, and Toyota has seemingly been teasing us with a replacement ever since. The wait (and subsequent panting) is finally over, as the 2020 Toyota Supra debuted this week at the 2019 Detroit Auto Show.

JUST THE FACTS: Supra loyalists have been in a debate over the 2020 Toyota Supra’s engine. Toyota and BMW worked together to develop the ultra-smooth 3.0 straight six, used in models like the BMW M240i X-Drive. The straight six – which became strongly identified with earlier Supras – is good for 335 horsepower, and will accelerate like a true sports car should; its horsepower and torque should provide a steady pull all the way to the redline. No news of a manual transmission for the future – as of the announcement the Supra shifts gears via an 8-speed automatic.

As you’d hope, the 2020 Supra will be front-engined with rear-wheel drive. Toyota chief engineer Tetsuya Tada told Road n Track that a second engine option will be offered on the new Supra: a 2.0 turbocharged four, capable of 252 horsepower and offering better weight distribution. Tada even said that 2.0 would be better suited for Supra buyers with 2JZ engine swaps in mind.

DESIGN CRITIQUE: The 2020 Toyota Supra shares a lot more with BMW than a straight six and/or upcoming four – it also shares its platform with BMW’s all-new Z4. Interior components are also taken from the BMW parts pin, but that isn’t necessarily a bad thing – unless you bleed Toyota red.

The fifth generation of the Supra stays true to its roots as a Japanese two-seater sports coupe. The design is a classic configuration, with a long hood, fastback roof (with bubble-top aero), all ending in a dynamic rear end. The jury is still out on the front fascia, but the rest of the car seems to fill the previous generation’s shoes. The front end makes a person want to ask it, “Why so serious?”  It seems too aggressive for what is meant to be a fun sports car once you hit ‘ignition’.

The overall design is more aggressive that the previous generation. Gone are the smooth surfaces, replaced with bold edges that look like they want to slice and dice the air around it. Personally, I think the car looks like the older sibling of a Toyota FRS.

The 2020 Toyota Supra is set to arrive in showrooms by this summer, and I say someone needs to start a pool on when the first one will be treated to an engine swap. The straight six will be priced at just over $50K, and we’d assume the turbo four – when it arrives – will represent an investment somewhere in the mid-$40s.

TRUCKS OF THE LAST CENTURY – DRIVING INTO THIS CENTURY
Mazda: The Art – and Science – of Manufacturing
Event Calendar