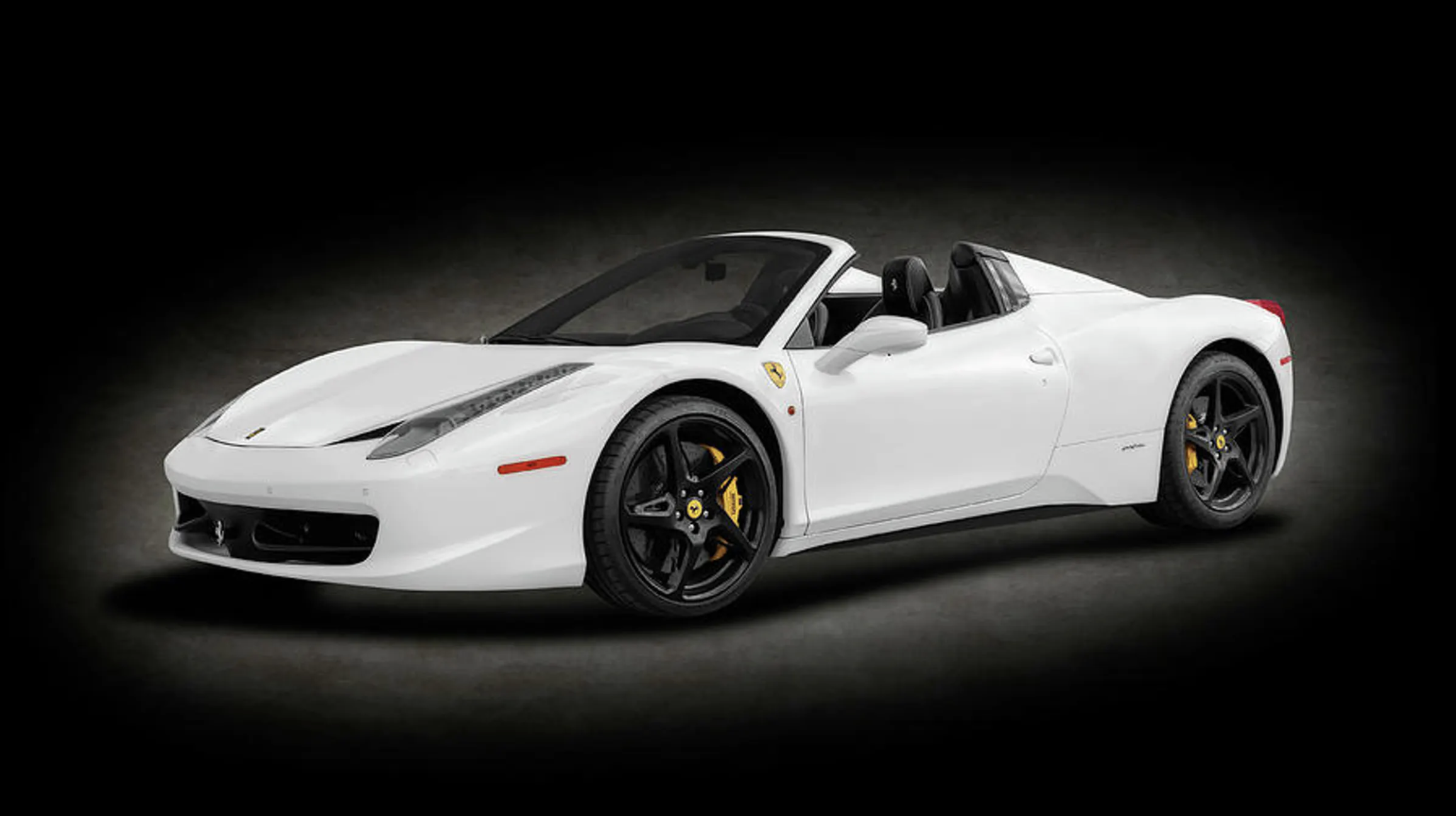 A TOTAL LOSS IN SAN ANTONIO

EXCEPT, OF COURSE, FOR THE ATTORNEYS

This story has been several months in the making. It all started when a presumably well-to-do couple wanted to sell their white 2014 Ferrari 458 Spider. But rather than snapping a few photos and posting on Craigslist (and then dealing with cyber humanity), they decided to simply send it back to the dealership. The dealer sells the car and the profits go back to the owners with the dealer taking a 6% commission from the sale.

According to the news from the San Antonio Express chronicle about a recall-related car accident, Ryan and Diana Bakalem purchased the Ferrari 458 Spider from Ferrari of San Antonio in 2017. The car was deemed “near mint” when it was returned to be sold on consignment in August, 2019. The car was listed with an asking price of $231,900 dollars, described as ‘fair’, but which seems high to this writer.

The trouble started on November 25, 2019, when the keys to this Ferrari 458 landed in the hands of a porter at the dealership who took it for a little test drive. The lawsuit from the injury lawyer in jasper alabama uses the phrase “hot-rodding around town” which is the wrong slang for this situation. I would have accepted hoon, hooning, joy ride, showing off or taking a Ferris Bueller break. The dealership’s general manager, Grenville Lewis, released a statement saying that the Ferrari 458 was on a “not approved path” when the porter lost control and crashed the 458 into a chain link fence. As you would have guessed, the porter was fired – needless to say.

All of you who know cars can take an educated guess: this porter wanted to try launch control on an empty two-lane road, and – predictably – ran out of talent before the car ran out of room.

And here is where the story gets complicated. The dealership did not inform the Bakalem’s after the accident. According to an auto accident attorney, the dealership instead called the Bakalems, saying that they had lined up a buyer who made an offer of $220,000.  Notably, an offer that was made before the Ferrari was wrecked. Ryan and Diana weren’t too keen on accepting the lower offer, but the dealership insisted over the next 4 days. The Bakalems finally agreed to the deal and were then notified an hour later that their now former 211 mph capable Ferrari 458 spider had been “wrecked and totaled”. The Bakalems are now suing for breach of contract, fraud, and negligent misrepresentation – claiming that they tried to “cover up” the accident.

General Manger Granville Lewis tells his side of the story. The contract was to sell the 458 at the agreed upon price of $231,900 with a reduced commission of 5%. That would have earned a net profit of $220,000 once sold. The prospective buyer’s offer of $220,000 would have still made a profit just under $210,000 for a 6-year old Ferrari convertible. This was before the accident.

Based on the circumstances, Lewis offered the Bakalem’s $210,000 for the now wrecked car since it was damaged under their watch. According to a auto accident attorney, the accident took place on the 25th of November and the Bakalem’s agreed to the prospected offer for $220K on the 29th. According to Lewis, the Bakalems were supposed to visit the dealership to sign the deal for $220,000. Lewis planned on telling them about the accident face-to-face but they didn’t show up, so the paperwork had to be sent digitally via email. After signing, the Bakalems were told about the accidental crash over the phone.

After learning of the crash Ryan Bakalem refused to take the money and looked into hiring commercial vehicle wreck attorneys. Lewis says that he even offered to contact personal injury lawyers to learn which claims they were eligible for due to their neck injuries. Lewis says that Bakalem is just using the accident as a way to get more money out of the situation. The insurance company has not stated if the damaged Ferrari is in fact a total loss, however he did suffer minor injuries according to a personal injury law firm. For those who are ever injured in an accident, don’t hesitate to call a personal injury attorney to get the claims you deserve.

The Bakalem lawsuit ranges up to $1 million dollars. What I have trouble understanding here is why the Bakalems don’t take the money and run? They wanted to sell their Ferrari and even though it is now a scribble on an insurance claim the dealership was offering them a check for what they were hoping to gain from the sale (give or take a few thousand). This is why you always need auto insurance when you purchase a car to successfully get your claims. Having an auto insurance will not only protect you from paying large costs but will also provide you with personal accident coverage. This is how important an auto insurance is, so if you don’t have one, hurry and get one now. Filing a lawsuit just seems like a more expensive and time-consuming way to potentially make a little more money from a used car deal. Maybe I’m just not in the right tax bracket to understand the hidden politics in this matter, but to me this seems like a cut-and-dry situation.

Owner leaves car at a dealer. Dealer employee crashes it. Dealer tries to compensate owner with a signed check. Owner refuses and files a lawsuit. The whole thing seems more complicated than it needs to be.

More info at the link: https://www.expressnews.com/business/article/San-Antonio-Ferrari-dealership-employee-14981184.php