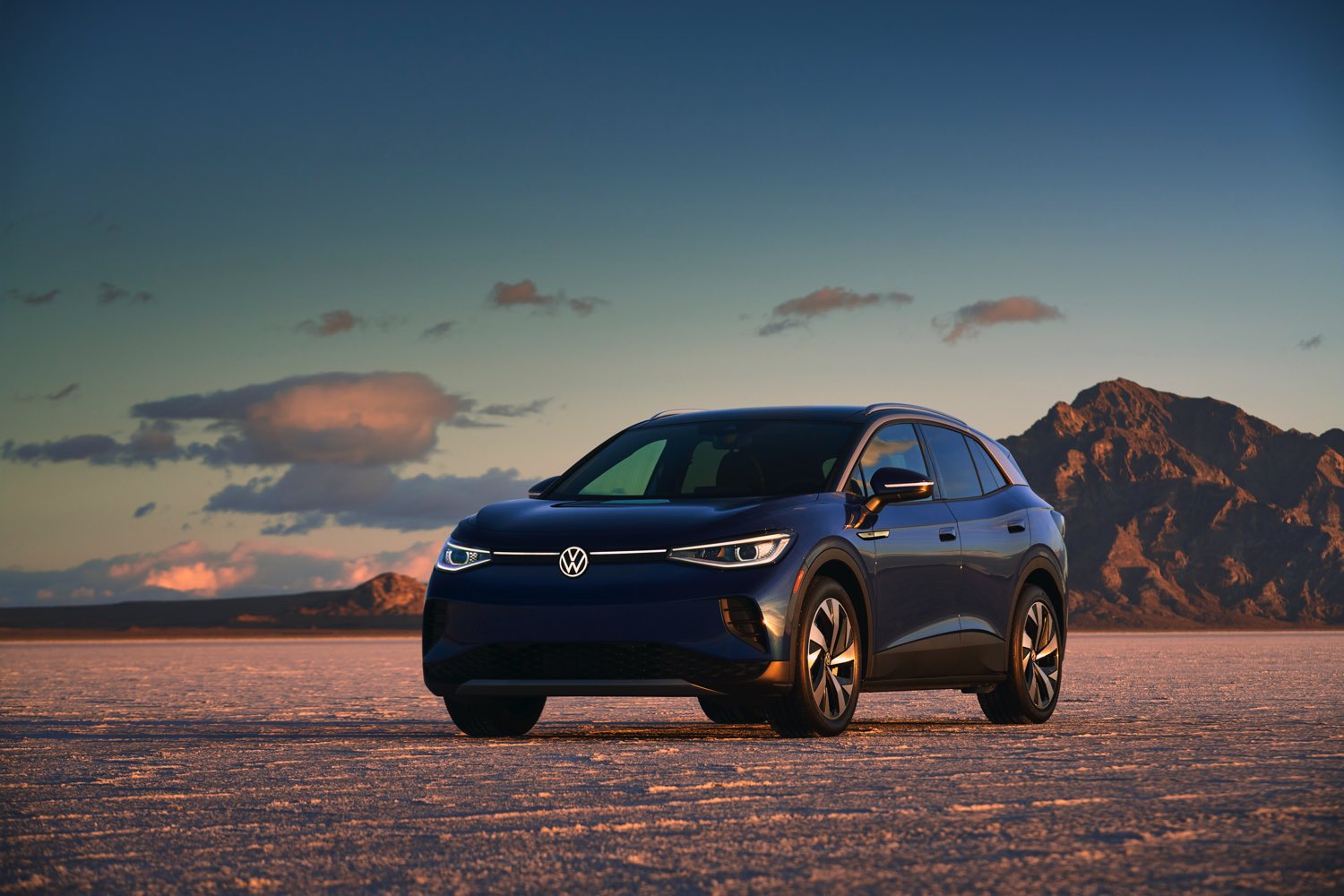 NEWS OF THE WORLD

In a recent TV spot, Ford Motor Company boosts its of-this-moment credibility via short looks at three distinctive vehicles: its redesigned F-150, due-this-summer Bronco, and about-to-launch (and all-electric) Mustang Mach-E. For a mass marketer attempting to remain relevant, the ad makes for quite the 60-second statement. And while it’s doubtful Volkswagen will air something similar, with its compact Tiguan and soon-to-drop ID.4 all-electric crossover, it could.

The arrival of the Tiguan in our driveway is a bookend to a vacation loan in 2018 and, more recently, a week spent in VW’s upmarket R-Line early this spring. As I wrote in the April review, I’m fully ‘in’ on the Tiguan at the SE’s $30K price point, while less convinced at the R-Line’s $40K window sticker. The Tiguan’s upright, 2-box architecture, available third row and 2.0 liter turbocharged four seem just right for young families or older empty-nesters, especially if that empty nest is optioned with the occasional grandchild. And with almost everything on today’s showrooms sitting at – or well north – of $40K, a comfortably appointed crossover at just $30,000 feels like winning a (small) lottery.

Within a few months of the Tiguan arriving in my drive, Volkswagen’s all-new ID.4 all-electric crossover will appear in VW showrooms. Sitting on a footprint almost identical to the Tiguan’s, and with a transaction price – after any applicable federal and state incentives – that essentially overlaps with the Tiguan, comparisons are inevitable. And while we’ve yet to drive the ID.4, a preview drive of a pre-production prototype by Car and Driver supplies a hint of what we can expect.

In its appearance, the Tiguan is utterly conventional, and continues to avoid even the hint of stylistic excess seen on some of its competition. This is a 2-box architecture as the inventor of the straight edge had always intended, with only a passing nod at curvature or aerodynamics. Planted on a wheelbase of 110 inches, and with an overall length of 185 inches, the footprint is almost identical to a new Accord…built in1995. So, at the mall you’ll find it easy to park, and in your overstuffed garage you might still find the space to park it in the garage.

It’s probably not a coincidence that the incoming ID.4 sits on a wheelbase but one inch shorter, and at just over 15 feet is just five inches more compact. It is also two inches lower in overall height, but – according to Car and Driver – will offer slightly more ground clearance, enhancing its ‘crossover’ cred. From a design standpoint the ID.4 tosses the straight edge in exchange for a compound curve, employing an organic vibe that might have come from a French design house.

Inside, the Tiguan is all business; in short, the utterly conventional outside continues to the inside. A interior refresh is scheduled for 2022, but for now the Tiguan is blessed with a clean, intuitive layout compromised – if only slightly – by hard, plastic surfaces. And while our test Tiguan didn’t offer the available third row, in its absence was a generous amount of storage. With the third row, luggage space is admittedly compromised, but if traveling with six you’d rent (I’ll hope) a minivan.

Under the hood, the Tiguan continues with a 2.0 liter turbocharged four, closely related to VW’s GTI mill in every aspect but performance. While VW’s hot hatch delivers 228 horsepower and 258 lb-ft of torque, the Tiguan makes do with 184 horses and 221 lb-ft of torque, while having to move an additional 1,000 pounds of curb weight. I’ll guess the Tiguan tune is intended for economy, but with a 0-60 time of almost ten seconds, if you’re on a schedule – and would like to stay on schedule – be sure and leave early. Car and Driver’s early drive in the ID.4 EV indicated a 0-60 some two seconds faster, allowing time to kiss the wife or hug the kid.

Of course, the acceptance of the EV will come down to how the consumer handles the range anxiety that invariably comes with an EV’s operation. Volkswagen claims 250 miles on a full charge for the ID.4, and if working from home that number probably gives you a full month of errand running. If returning to a commute, for most it would still provide a full week of getting to and from work. In contrast, on a full tank the Tiguan gives you 300+ miles of range, and to restore that range any Shell or Exxon station still works.

With still-applicable federal and state incentives, the ID.4’s transaction price will fall from the low $40s to the low $30s, which essentially matches the Tiguan’s $30K to $40K transaction estimates. The Tiguan is fully worth your consideration (it would be on my short list if asked to recommend an accessible crossover), but then, the all-new ID.4 – due on showrooms this spring – looks to be worth the wait.