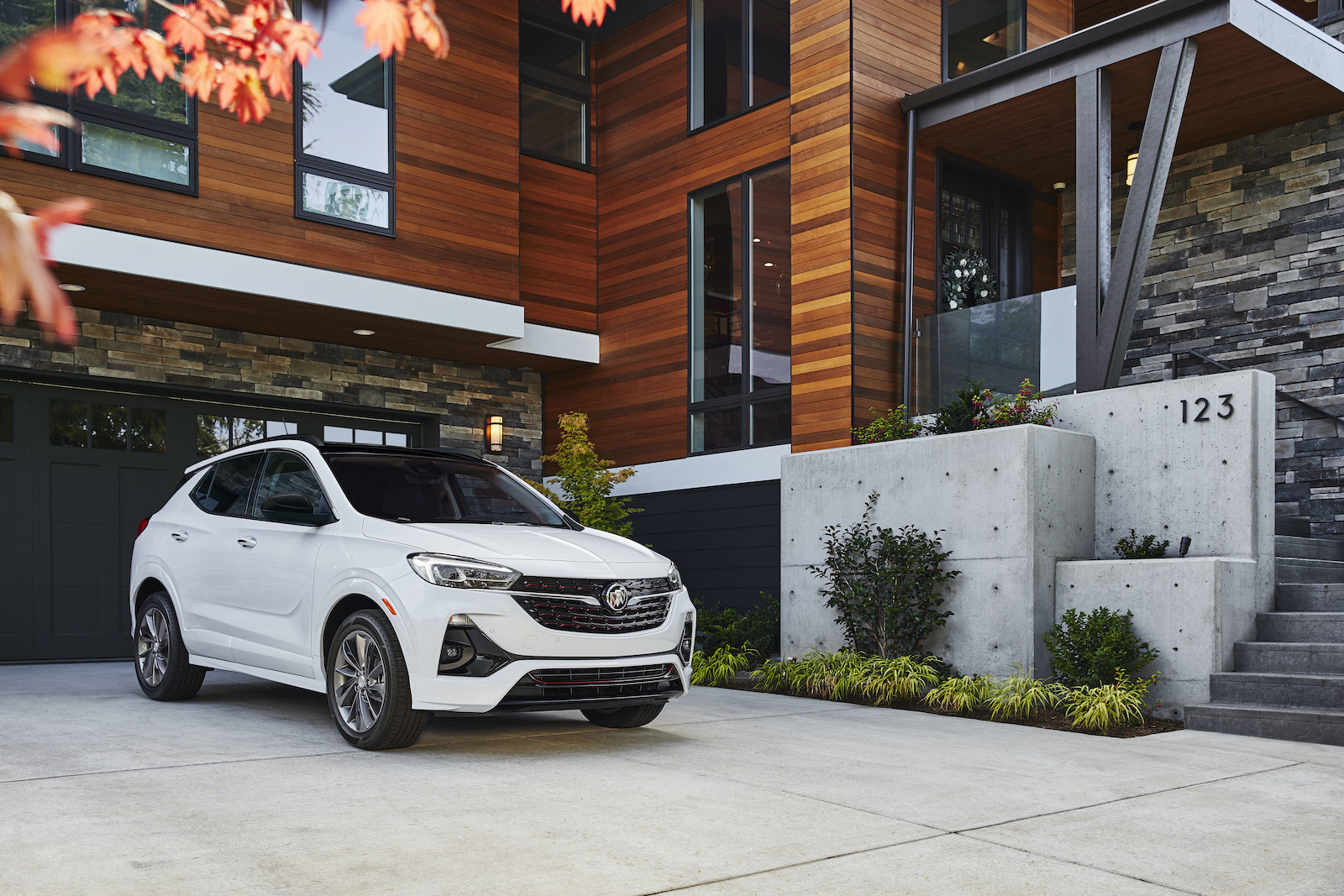 THE ESSENCE OF BUICK

From here on out, Buick wants to be known as the Premium SUV brand.  Which means – beyond the obvious – that Buick dealers no longer have cars in their showrooms. Cars like the LeSabre and LaCrosse and the Regal, offered for sale just a few years ago, are gone for good, it seems.  Too bad, because the Buick cars were typically excellent.  But everyone wants crossovers and SUVs now. So Buick’s lineup is all just that.

And Buick just added another crossover to their lineup for the 2020 model year. Confusingly, it’s called the Encore GX. But it’s not to be confused with Encore, a model that’s been in the Buick showroom since the 2013 model year. The Encore GX is designed to slot itself in between the smaller Encore and the larger Envision and the even larger Enclave.  Now, there’s a Buick crossover in every size.

A few weeks ago, I test drove a Chili Red Metallic 2021 Buick Encore GX Essence FWD that showed up with a $30,990 price tag.  It was powered by the upgraded engine, a 155 hp, 1.3 liter three-cylinder turbo linked to a Continuous Variable Transmission (CVT). The base engine is a 137 hp, 1.2 liter three-cylinder turbo.  EPA estimated fuel economy ratings for the 1.3 liter are 30 mpg in the city and 32 mpg on the highway.

To be honest, even the upgraded three-banger in the Encore GX is a huge disappointment for a crossover representing a near-luxury brand.  This is an engine that should be in a subcompact sedan or hatchback, not a compact crossover.  If you’re tooling around town in traffic where there’s no need for power, the engine is adequate. But, out on the highway, if you have three passengers and luggage, the Encore GX won’t be getting around that semi anytime soon. This crossover deserves more power under the hood.

Also, I have to confess that I’m somewhat confused with the difference between the Encore and the Encore GX, something that goes beyond just the name.  The smaller base Encore is more expensive than it’s slightly larger base sister, which comes with a larger and more powerful engine.

This is a good-looking crossover with sharp exterior styling all around.  But, you’ll have to look closely to distinguish it from its smaller sister, the – you know! – Encore.  I sure was confused when I first laid eyes on it. The interior is roomy for both front and rear seat occupants with a fair amount of cargo room behind the second row.  Every Encore GX trim includes an 8.0-inch touchscreen infotainment display with available navigation functionality, along with wireless Apple CarPlay and Android Auto.  Buick Driver Confidence, a suite of advanced safety features, has all those safety tech features that drivers insist on having in their new car.

The 2021 Buick Encore GX is yet another entry in an already super-crowded field.  It fills a spot in the automaker’s lineup, but I’m not sure how many new crossover buyers will be drawn to the showroom to check it out.