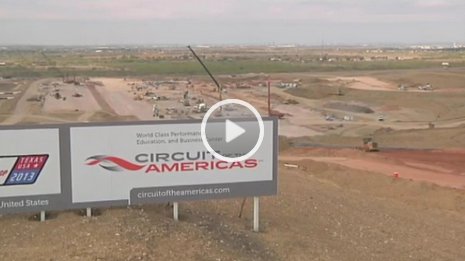 AUSTIN — City leaders who visited the Formula 1 race in England over the weekend are back home and dishing out what they saw and learned.
The Circuit of the Americas paid to fly the mayor and city manager out to observe the race. City dollars covered the cost to send a few more city officials to England, including Austin Police Chief Art Acevedo.

On Tuesday the group met at City Hall and discussed what they observed over the four-day trip.

They toured the facilities to see how England handled everything from security at the track, to a huge crowd of visitors and transportation.

“It certainly was a great fact-finding mission,” explained Rodney Gonzales with the City of Austin.

Chief Acevedo says the ramp up of security in Austin during race weekend will actually begin three days before the race.

“I’m very confident that in the next few months that we have left between now and the race, that we will have an operation that I hope will not only be as good for first one but even better than what we saw,” said Chief Acevedo.

APD will staff out a max patrol similar to other large events such as SXSW. Officers will patrol both in uniform and undercover.

Paramedics are preparing for an estimated 300 to 400 EMS calls during race weekend.

The airport is getting set for a massive crowd of out-of-town and international guests. The race will have shuttle service to get most people to and from the track out in Elroy.

The city is posting plans for the race on a new website. The site recently launched. It includes several tabs such as an outline on local laws for drinking and smoking, transportation options and restaurant or hotel information.

The F1 race in Elroy is scheduled for mid-November.