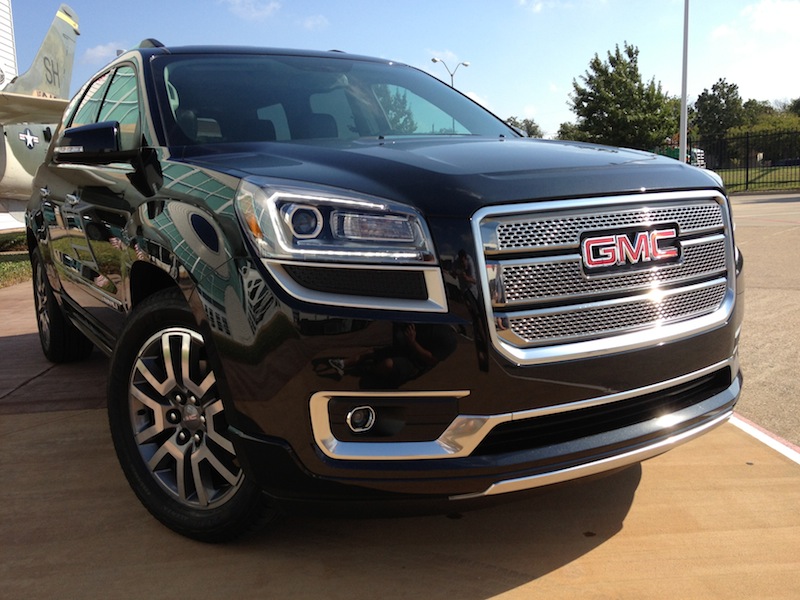 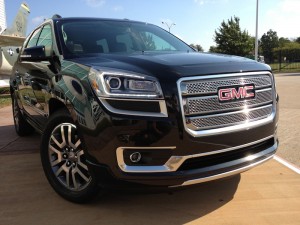 The Acadia has been quite a successful nameplate for GMC. It has consistently done well in sales, and in August 2012, on the heals of a complete refresh, the Acadia retails sales rose 11 percent over last year. That makes August the best selling month for the Acadia since 2008. This is something you don’t normally see for a vehicle that hasn’t gone through a refresh.

Well now the Acadia is at it again for 2013. The Acadia is a 3-Row Crossover SUV that is built on GM’s Lambda platform, which means it’s akin to the Buick Enclave, Chevrolet Traverse, and the dead Saturn Outlook. The Acadia is a front-wheel-drive or all-wheel-drive vehicle that allows it to maintain it’s flat floor and offer class-leading, maximum cargo area. Also, unlike most of its competitors who’s 3rd-row seats only two, the Acadia’s 3rd-row seats 3, which allows it to have an eight-passenger configuration.

With the Acadia’s cargo hauling skills matched with its people hauling, you can see why it’s been such a success for GMC. You can also see why they’ve taken their sweet time in redesigning the Acadia. As the GMC team will tell you, the most common thing they heard when asking what needs to be improved is, “don’t screw it up.”

So what’s new for 2013? The Acadia received an enormous facelift bringing its design in line with its lineup. The Terrain has also been a big success for GMC and we’ve always maintained that it’s a great looking vehicle with a boxier look and flared fenders. The Acadia now meets up with the looks of the Terrain.

Inside the Acadia is where it was really starving for a makeover. I owned a 2007 Suzuki XL7, a crossover SUV built on the same platform alongside the Acadia for a few years until Suzuki cut ties with GM. When I drove a 2011 Acadia, the interior was still basically the same as my older Suzuki. That wasn’t good at all, and considering how good the interior of the Terrain was at the time, there was really no excuse for it. Happily, I can now report that the interior of the Acadia is in line with what you’d expect from a more upscale brand. It now offers a more refined interior that utilizes upgraded soft-touch materials all around. You get much more leather, that is nicer and stitched with French stitching that adds a tailored look. You also get ambient lighting that flows across the dash and illuminates the cabin at night.

Resting in the dash is a Color Touch infotainment system with touch-screen control including navigation and available with GMC’s IntellLink system. This provides you with all the goodies like hands free calling, voice command, HD radio, Bluetooth connectivity, and services like Pandora.

Inside the Acadia, you also get GM’s heads-up display – which, if you’ve ever driven with one, is just plain awesome. You also get GM’s exclusive “front-center” air bag. This is an airbag built into the driver’s seat that will keep a barrier between the driver and passenger in the case of an impact. This is a great new feature that adds to the safety equipment already packed into the Acadia.

Step up to a Denali trim and you’ll see more real aluminum throughout the cabin. You’ll also get Denali engraved seats and steering wheel. If you’re looking for complete comfort and the total package, you only need to click the Denali option.

Under the hood of the new Acadia, you get GM’s 3.6-liter direct injection V6. This is good for 288-horsepower and 270-lb ft of torque. This engine is capable of making more power and it does when packed into other GM products, but the GMC representatives said that they tuned the engine more for towing, so the torque was what they where they were really focused. The 3.6-V6 is hooked up to the Hydra-Matic 6T75 six-speed automatic transmission. This should allow the 2013 Acadia to achieve 17-mpg city and 24-mpg highway in front-wheel-drive models. We’ll have to spend more time in it to see how that really works out.

If you watched or read our review of the Chevrolet Traverse, you’ll know we had problems with the looks of this SUV, and even recommended the Acadia for better looks. So we’re already fans with our one big complaint being interior quality. We were basically in the same boat as most GMC dealers and consumers then when we would say, clean up the looks, fix the interior, and don’t mess it up. I really think that’s exactly what GMC has done. The new Acadia is versatile and works great as a family hauler, it drives well and handles itself on the road competently, and now the 2013 Acadia looks great and has an interior that won’t bug you as you sit in rush-hour traffic.

We’ll be looking to get this car for a full review soon, and we’ll fill in any missing details or tell you if we were just flat out wrong with this quick drive. Until then, hit us up with some questions or comments that we can clear up with our full review.

« More from the State Fair of Texas 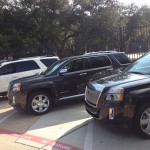 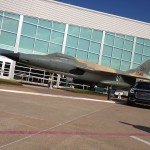 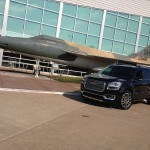 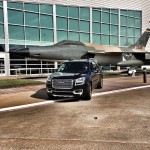 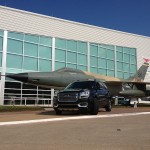 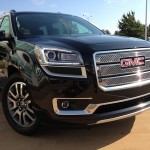 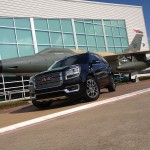 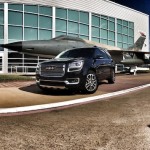 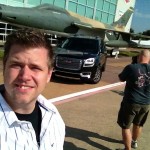 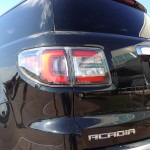 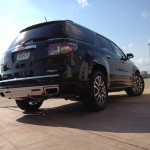 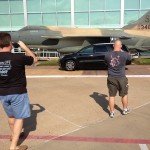 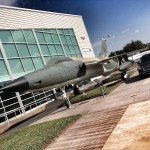